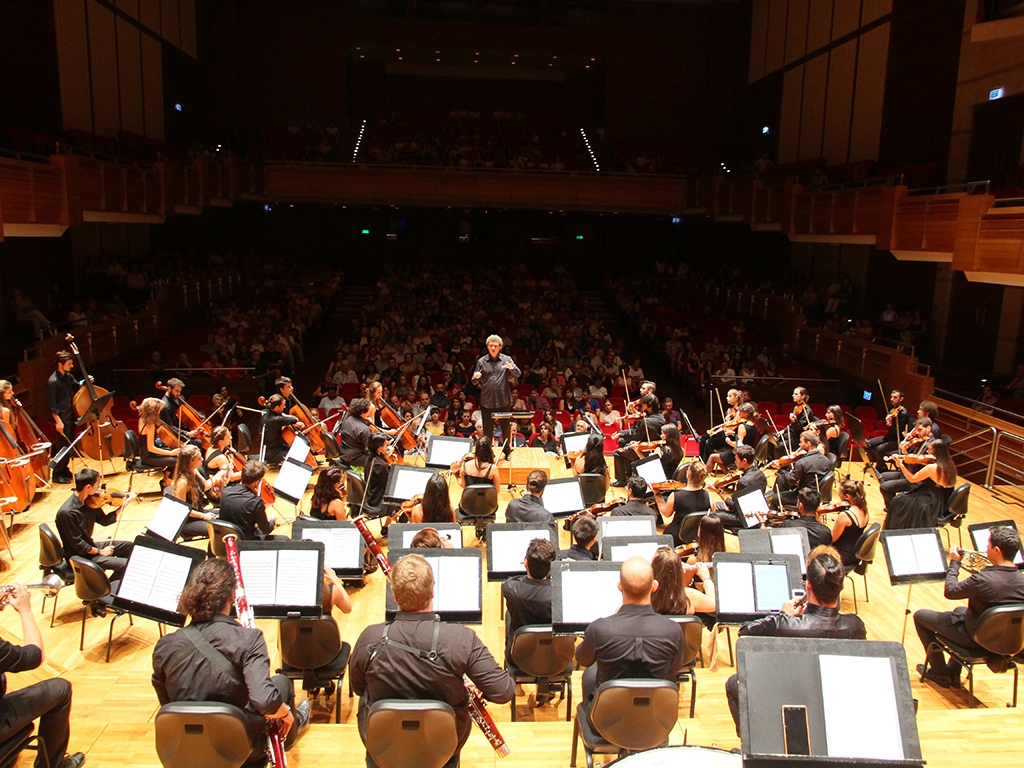 Greek Turkish Youth Orchestra (GTYO) brought music lovers together in Izmir. The concert at Adnan Saygun Art Center, which consolidated the friendship of two countries, was co-organized by Izmir University of Economics (IUE), Izmir Chamber of Commerce (ITO), and Izmir Metropolitan Municipality. Ekrem Demirtaş, Chairman of ITO and President of IUE Board of Trustees, Leni Konialidis, President of the GTYO, Muzaffer Tunçağ, Consultant to the Mayor of Izmir, and Vice Consul Dimitra Kaletsi, Consulate General of Greece in Izmir, attended the concert that built a bridge between the two shores.

Mr. Konialidis visited President Demirtaş at his office at IUE before the concert. Demirtaş stated that he had been working for long time for Turkish-Greek friendship, and that the Turkish-Greek trade, which was $200 million in 1992, reached $6 billion today. President Demirtaş said, “I’ve worked very hard for Turkish-Greek friendship for 24 years. I’ve always emphasized that Aegean Sea should unite, rather than separate us. We are doing everything to consolidate this friendship. There is a Greek Corner at the University Library. Greek is also one of the second foreign languages being taught at the University. We will continue to work to improve our friendship, cultural and commercial relations.”

Mr. Konialidis stated that the music needed no language, and it brought people together. He said that music had a great power for bringing people together, and they aimed to unite the two countries through music. “Greek Turkish Youth Orchestra consists of 60 young and talented Greek and Turkish musicians between the ages of 16 ile 28. It consists of equal number of Greek and Turkish musicians, but you can’t tell apart their nationality. The Orchestra aims to generate harmony and friendship in human relations by sharing the universal language of music in the same orchestra and bringing the young musicians closer. During its 9 consecutive years of appearance, the orchestra has enchanted its public with emotion and gets increasing support and attention. Turkish viola soloist Şirin Hasanova and Greek clarinet soloist Pavlos Serassis will also perform as guest soloists and worldwide known Turkish Conductor Cem Mansur will be conducting the Orchestra,” said Konialidis. 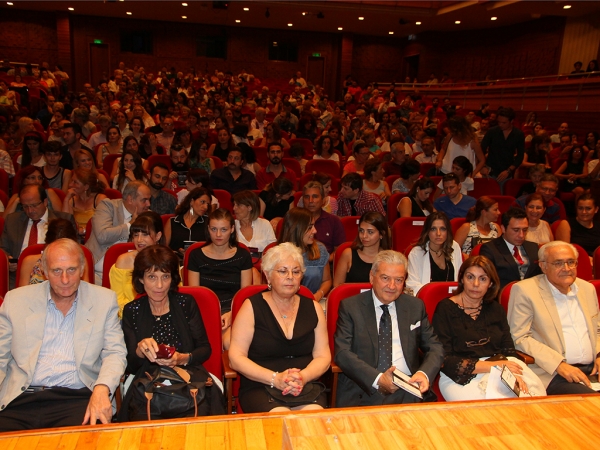