MARKS OF SUMERBANK TURNED INTO A BOOK 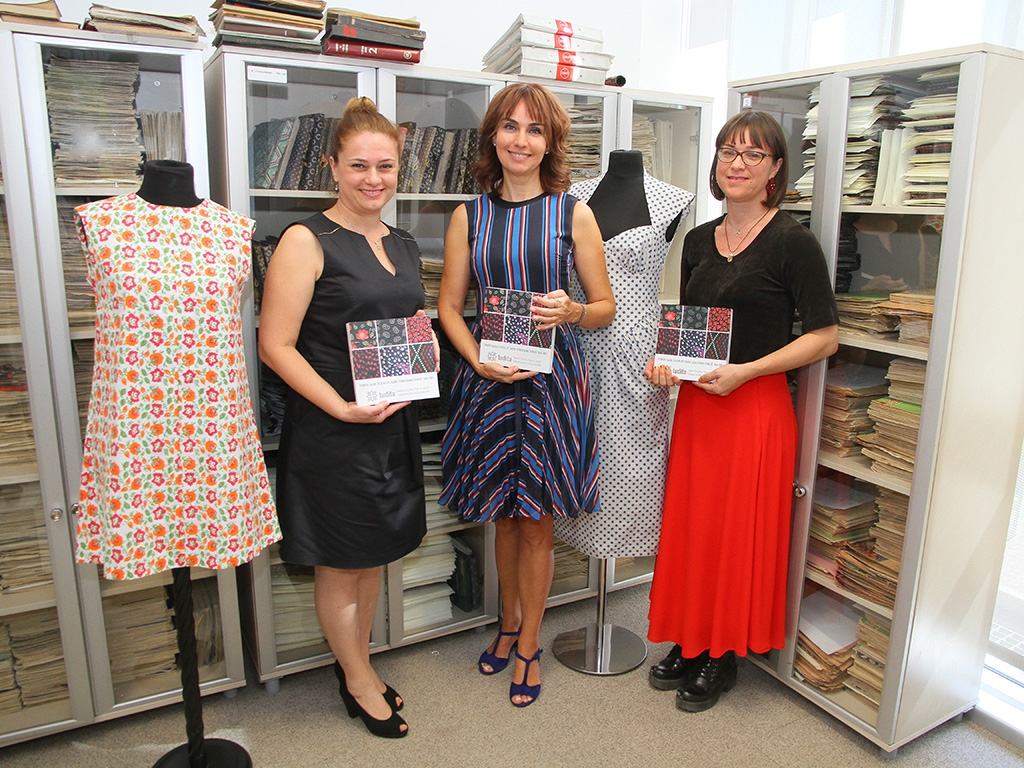 Patterns of Sümerbank fabrics, which left their mark in every household in Turkey, were brought together in a book titled, “Türkiye Baskı Desenleri Tarihi: Sümerbank Örneği 1956 – 2001(History of Turkish Prints and Patterns: Sümerbank Sample 1956 – 2001)”. Academicians of Izmir University of Economics (IUE) guided us around the memories of our recent past in the 441-page book they have written. The fabrics and patterns of Sümerbank’s Halkapınar Facilities, which shaped the daily wear and clothing culture of Republic of Turkey for 70 years, were taken under protection at Izmir University of Economics, and now at the service of researchers and interested parties.

Over 400 prints and patterns unique to Sümerbank were collected at the book co-written by Prof. Dr. Ender Yazgan Bulgun, Dean of IUE Faculty of Fine Arts and Design, Prof. Dr. Elvan Özkavruk Adanır, Head of IUE Department of Fashion and Textile Design, and Asst. Prof. Dr. Dilek Himam, Lecturer at IUE Faculty of Fine Arts and Design. Almost 6 thousand patterns, among more than 200 thousand patterns that were put under protection by the University in 2006, were transferred into digital environment at ‘TUDİTA-Turkish Digital Textile Archive', “www.tudita.com” web address, where the design archive were displayed to visitors.

Ekrem Demirtaş, President of IUE Board of Trustees, said, “As I was touring the Halkapınar Sümerbank Facilities, I saw the ruined catalogs on the grounds and immediately took them. We are able to realize this project today by preserving those catalogs. Societies, who don’t recognize their past, do not deserve a future. Our Republic, not even a century old yet, has shown significant progress in political, social, and economic life. As a country starting from scratch in economy, many important factories, enterprises have been established, and brand names created during the initial years of the Republic. Sümerbank, without a doubt, is one of the leading brand names. We prevented many fabrics and patterns, manufactured at Halkapınar Facilities, from fading away in old photographs”.

President Demirtaş stated that keeping the values of Halkapınar Sümerbank Facilities alive, a location where they wanted to establish Izmir University of Economics initially in 2001 but had to give up for various reasons, was such an important mission for them.

Prof. Dr. Ender Yazgan Bulgun, Dean of IUE Faculty of Fine Arts and Design, stated that the factory closed down in 2001, and the University, with the support of Izmir Development Agency (IZKA), started take the pattern archive under protection in a digital museum environment. Prof. Dr. Bulgun reported that the book was categorized into ten sections including floral and botanical, houndstooth and plaid, ethnic and cultural, geometric, animal patterns, fruits and vegetables, polka-dotted, thematic, and others.

‘Effects of economic depression on design’

Prof. Dr. Elvan Özkavruk Adanır, Head of IUE Department of Fashion and Textile Design, indicated that they tried to make a point of choosing samples named typically as Sümerbank design in Turkish clothing culture when they were choosing the fabrics. She said, “We’ve seen that chintz, flannel, and poplin were the most used fabric samples in our archive. There were also samples of upholstery and piqué fabrics. Printed calendars, a few numbers of flags, camouflage fabrics, fabrics to make sheeting and etc. to be used at government agencies were also in the archive.  We’ve realized that, picking color for fabrics, the designers working at Sümerbank had to go with less colorful, multi-tone designs in fabrics instead of multi-colors due to war economy. It is possible to see the effects of economic depression on fabric designs of that era”. 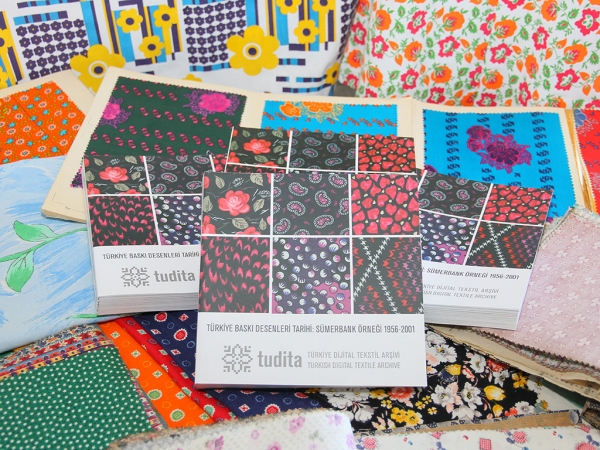