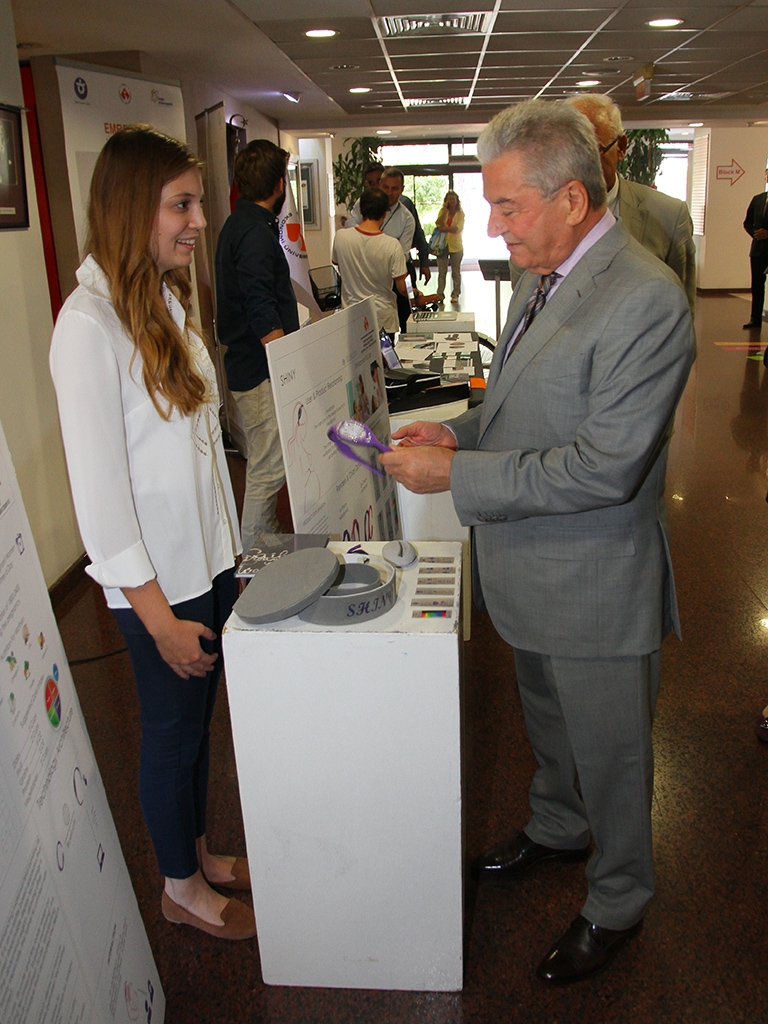 Expectant mothers will have a comfortable pregnancy thanks to a headband and a wristband that measures blood pressure and heart rhythms. Selen Usta, senior at Department of Industrial Design, Faculty of Fine Arts and Design, Izmir University of Economics (IUE), stated that she intended to monitor stages of pregnancy better with her design called, “Shiny”. Usta reported that her design as headband and a wristband, which has sensors that measure the blood pressure, blood sugar, and heart rhythms of pregnant women, will allow risky pregnancies to be under close watch.

Usta, whose project was exhibited at EKINOVA Project Market and viewed by Ekrem Demirtaş also, President of IUE Board of Trustees, reported that women wanted to feel comfortable and safe during their pregnancy. “My project aims to allow pregnant ladies have an easier and more controlled communication with their doctor during and after their pregnancy. It is also designed to be used as an accessory with its chic and shiny look. We help lower the risks to a minimum in risky pregnancies. It can even be used after birth. The doctor is able to monitor the data with the help of the wristband and the headband periodically,” said Usta.

‘Useful after pregnancy as well’

Usta reported that her project, Shiny also reminded the user to take nutrients and vitamins throughout pregnancy. She stated the following:

“Mothers are notified about immunization schedules via the equipment after the baby is born. The headband and wristband work correlatively. Data collected via sensors is transmitted to the doctor periodically, thus allowing the doctor to monitor the patient.” 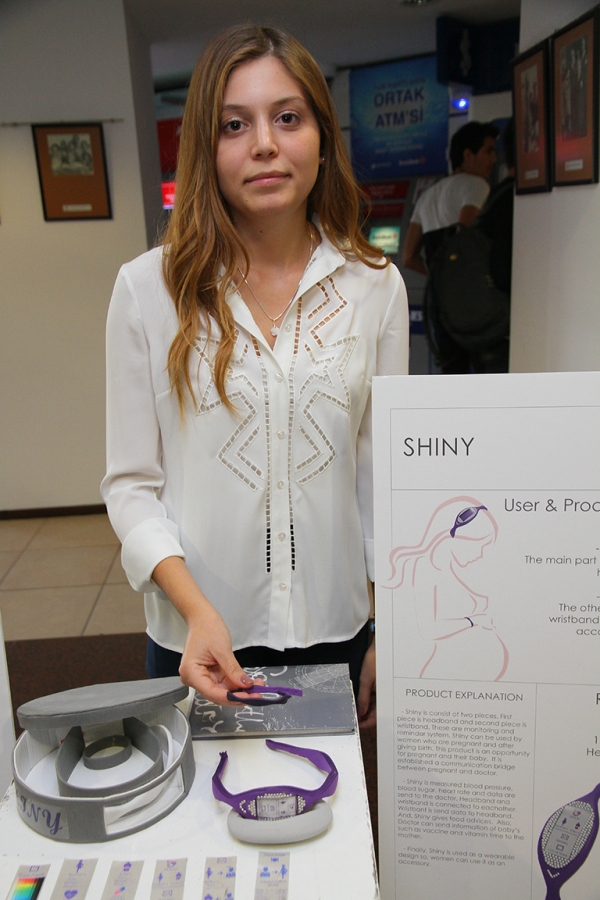