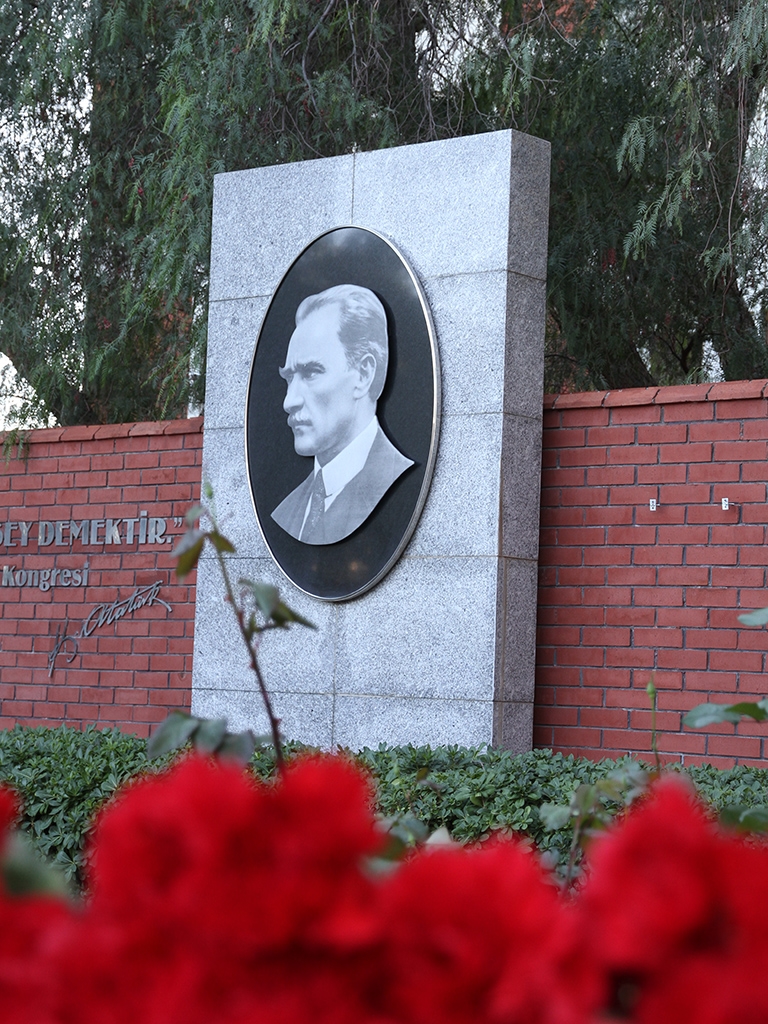 The Great Leader Ataturk was commemorated on the 78th anniversary of his passing at Izmir University of Economics (IUE) with a large crowd of academicians, administrative staff, and students. The ceremony started by Rector Prof. Dr. Muğan, Secretary General Levent Gökçeer, and President of Kemalist Thought Club, Mehmet Kılıç laying wreath at Ataturk Monument, and as the sirens were heard the attendants observed a moment of silence which was followed by singing of the National Anthem. At the end of the ceremony, academicians and students left carnations at the monument.

Prof. Dr. Barış Özerdem, Acting Head of Department of Aerospace Engineering, delivered a speech at the ceremony. Özerdem remarked that Ataturk struggled in wars and endured endless distresses, and shaped the history of Turkish nation. “Mustafa Kemal Atatürk was a real leader who shed a light on the future of a modern society. He deeply influenced the world through his political, social, and economic transformations in Turkey that were long neglected and feared of. He thought about future, developed new discourses and actions in every stage of his life. A perfect example to that comes into existence in his famous quote “The Future is in the Skies” which points to his vision about aviation and space technology,” said Özerdem.

Prof. Dr. Özerdem stated that IUE lived by Ataturk’s ideals and established Izmir’s first and only Department of Aerospace Engineering in 2016 and started education with 30 students with full scholarship as a result of his visionary approach.

Mehmet Kılıç, President of IUE Kemalist Thought Club,  Ataturk worked all his life for the development of harmony and cooperation between peoples without distinction of color, religion and race, and that the Turkish youth would protect his legacy. 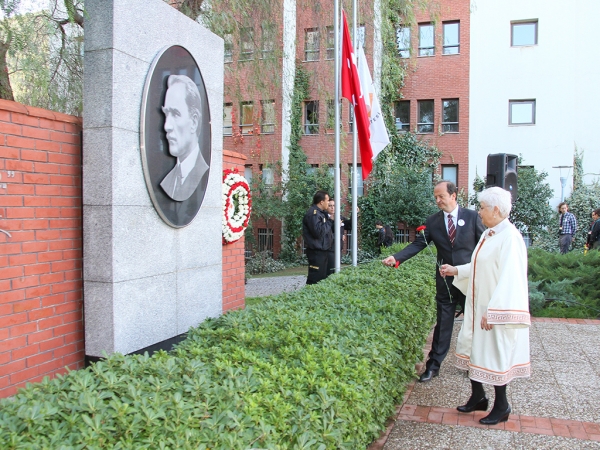