SIMPLE MEASURES SAVE LIVES IN EARTHQUAKES 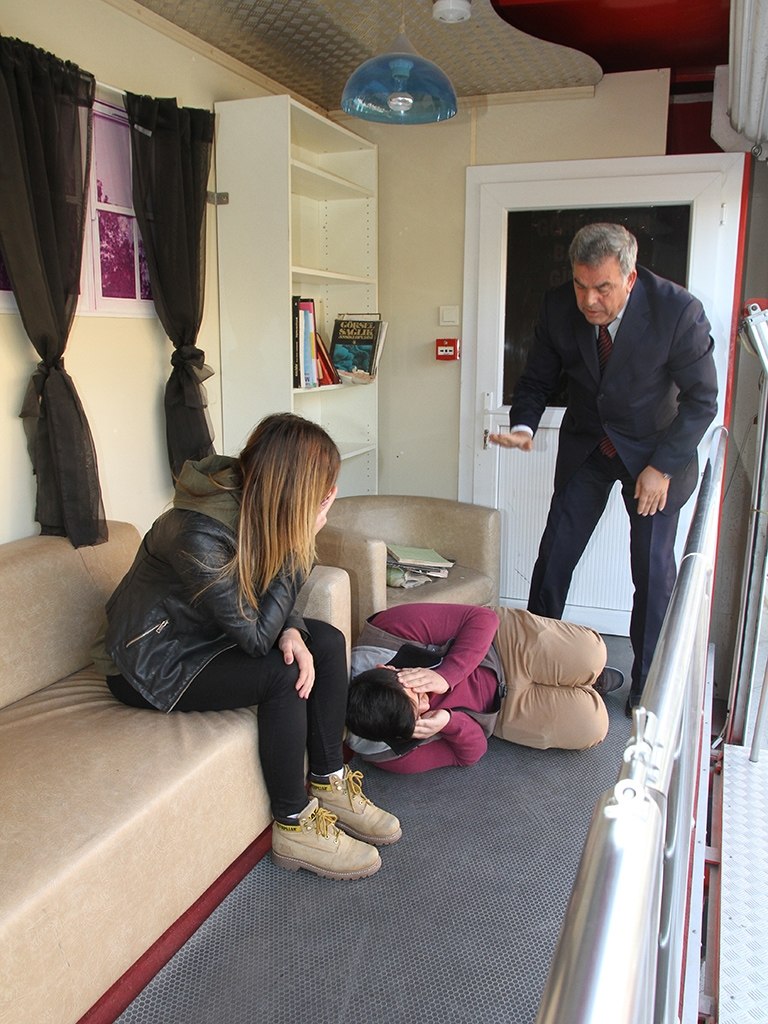 Simple safety measures taken beforehand save lives during earthquake. Experts, who recommend that area underneath the beds, box springs should be filled with books, say that, “Books or encyclopedias are resilient; they don’t get destroyed if a tank went over them. You would survive”.

Ömer Karaca, Founder of AKUT Izmir (Search and Rescue Association) and Trainer at Karşıyaka Municipality Disaster Training Center, who delivered a speech at the Informative Seminar on Earthquakes and Disasters, organized by IUE Turkish Red Crescent Club at IUE Conference Hall, reported that people stayed in their beds during the earthquake because of panic and lost their lives, however, those who took shelter next to the bed on the floor managed to stay alive.

Karaca pointed that Turkey was located on one of the most active seismic belts of the World, and he said, “We encounter earthquakes with a richer scale 4 or larger in Aegean Region the most. What are we to expect in the event of a large earthquake happening in Izmir? The bridges and viaducts surely will get damaged. Transportation will come to a halt when underpasses and overpass collapse. There would be cave-ins. And if there is no transportation, search and rescue would not be possible. Strong buildings should be constructed after a soil survey. Base of the building should be strong; however, this is what we are up against today due to commercial concerns.”

Karaca reported that the public rushed to help victims after the earthquake; however, unprofessional efforts to save people caused more harm than good. Karaca stated the following:

“There are three methods for professionals. We enter the debris from the top, from the bottom, or from the side. If it is risky, we choose to enter the building from the top. The age group of 0 - 6 is the one which survives the most. Children are not aware of the earthquake. They don’t know the ferocity of it. They are only afraid to be separated from their mothers. However, the panic increases along with the age. We see mother-baby deaths the most. We tell moms not to rush to their babies. When they do, they die as well. We go to whom we can save first. Do not ever stand underneath the door in an earthquake. It is a junction area. If we cannot run away, for example, if we are in a living room, we need to seek shelter next to a sofa by lying down in a fetus position and try to protect our body with a cushion, or pillow.”

‘Kızılay errs on the side of caution’

Halil Aksüt, Aegean Region Director of Disaster Management Center of Turkish Red Crescent, reported that they had 2 thousand 330 tents, 17 thousand 964 blankets, 2 thousand 536 kitchen utensils, and 917 heating stoves in stock in Izmir. He also said that there were total of 6 thousand 315 tents, 31 thousand 399 blankets, 11 thousand 15 beds, 3 thousand 941 kitchen utensils, and one thousand 972 heating stoves for the entire region covering Izmir, Afyon, Antalya, Denizli, Fethiye, Isparta, and Muğla. He reported that they were able to provide a single meal for 22 thousand people. “Thousands of people would be affected in a major disaster. We are in the process of preparing protocols with catering and food companies. We are looking for companies who would contribute food or provide support in a possible disaster situation. Our plans for each city are ready,” said Aksüt.

After the seminar, IUE students experienced a simulated Marmara Earthquake in the simulation truck. 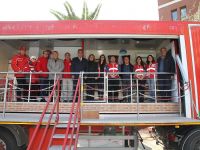