“DON’T BE AFRAID TO TAKE A RISK” 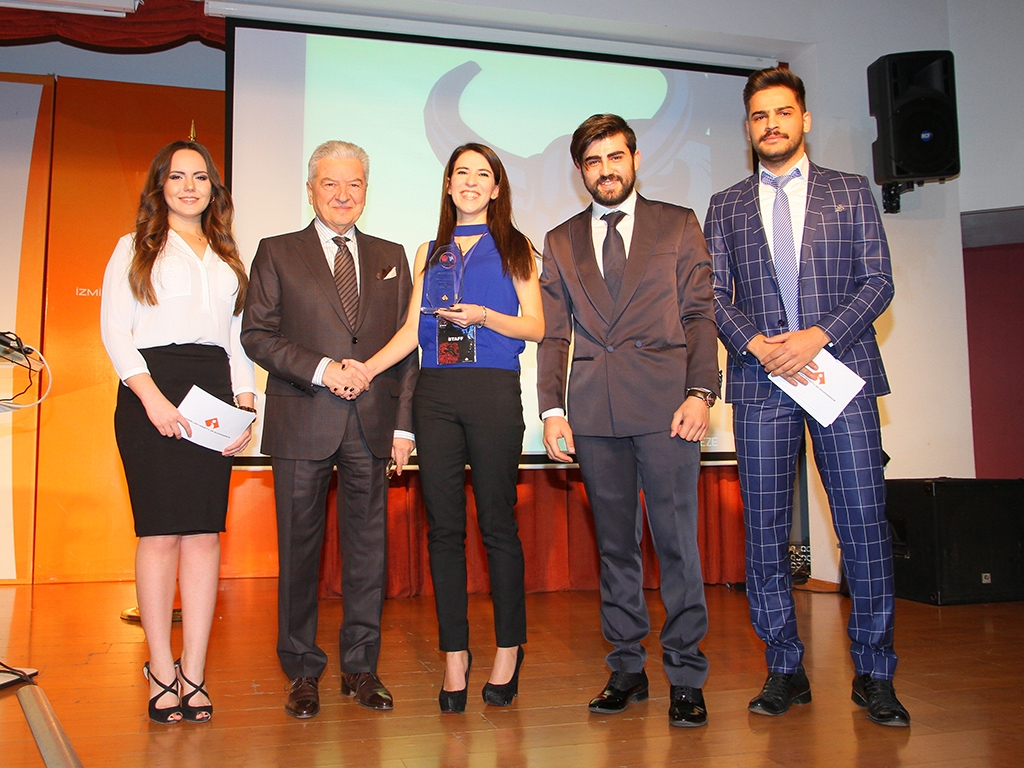 Ekrem Demirtaş, President of IUE Board of Trustees, shared his experiences with the students. Demirtaş, who told the students that they took a risk for the future at the time they were establishing the University in 2001, said, “You will take risks and make a difference. Preserving what you have is not considered success. I established this University so you can become entrepreneurs.”

President Demirtaş, who attended the “FUTURE 1.0” seminar held by IUE Factory of Business Club, stated that he wanted the students to be “entrepreneurs” when they entered business life. He was the son of a civil servant himself, that he performed his military service immediately after graduating from the University, and then found a job, said Demirtaş. “I worked for 4 years. Then I started a business in a new sector. I went into construction materials, insulation business. Don’t hesitate to dream. Some of your dreams will come true. The founding capital of the University was 4 million 750 thousand dollars. And that came from Izmir Chamber of Commerce. The government did not fund it or granted it. We are here today with appropriate use of funds coming from your tuition fees. We have high quality alumni. We offer a solid future here. We do not grant a diploma here only, we train entrepreneurs,” said Demirtaş.

‘Taking a risk makes a difference’

Pesident Demirtaş stated the following about the hardship they endured during the establishment of the University:

“We were looking for a place after the establishment decision of the University was approved. We did not have a site. We said that we would start classes in a tent if we had to. The late Ahmet Piriştina, Former Mayor of Izmir Metropolitan Municipality, provided us our current campus site. I came and investigated the area, it was a chaos. It was an abandoned wreck. We had a limited budget to straighten this place. Why did I tell you this? You will take risks and make a difference. Preserving what you have is not considered a success. You may start working at a place because you may not have enough capital, but, I expect you to become entrepreneurs in 4-5 years. I established this University so you can become entrepreneurs.”

Taylan Demirkaya, Coordinator of IUE Embryonix, stated that they evaluated almost 3 thousand projects until now at the incubation center. Demirkaya said, “Whatever has been done in the field of entrepreneurship in Izmir has been done at Izmir University of Economics for the first time. 6 of our projects were commercialized, and entered among the enterprises that create added value for the economy. We receive more than 200 applications for pre-incubation entrepreneurship certificate program in one period, and only 45 of them are accepted. So far, we helped 250 students receive 50 thousand TL grant, and 150 thousand TL non-refundable loan for 2 years in KOSGEB funded undergraduate and associate courses”.

Contribution by Entrepreneurs and Professionals