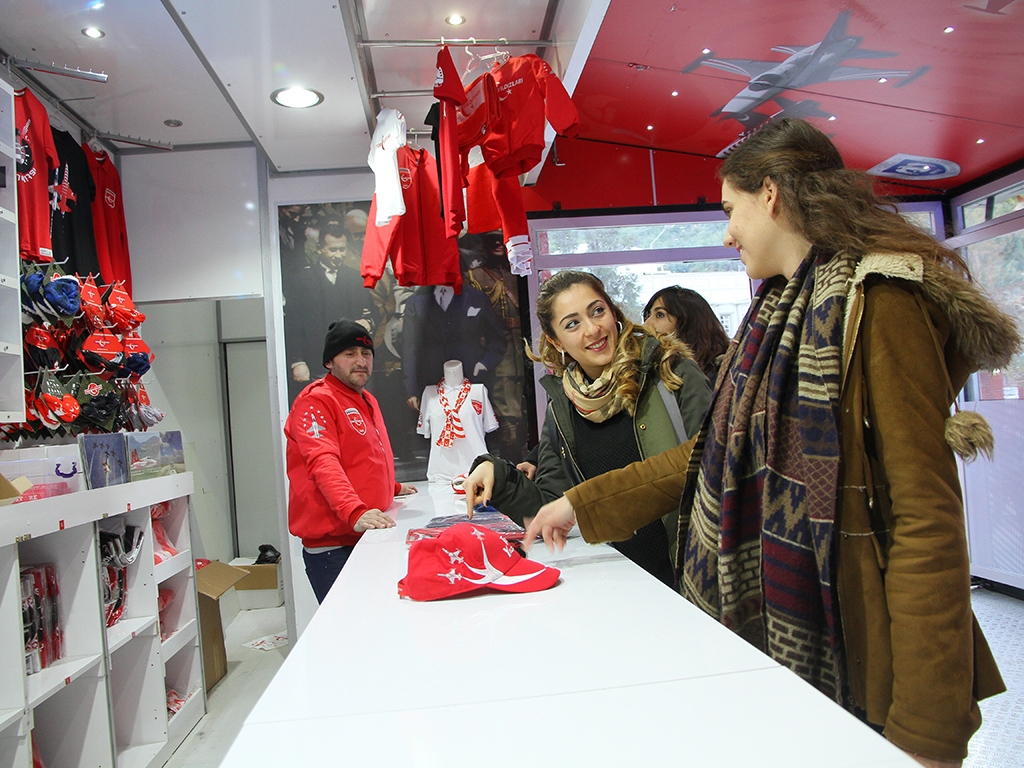 Income from the licensed products of world renowned Turkish Stars Aerobatics Team, the source of pride of Turkish Air Force, is collected as donation for the families of fallen soldiers. Among the products on sale are model planes in various sizes, key holders, mugs, hats, ties, t-shirts, and child-size pilot suits. The truck, which bears the message "When you make purchases here, you will be making donations to Kartal Vakfı (a charitable organization for families of members of Turkish Air Force) which supports the families of fallen members of the Air Force", will be visiting  Selçuk, Söke, Muğla, Denizli, Burdur, Isparta, and Antalya next.

Ramazan Baş, the manager of the truck for Turkish Stars, stated that the truck was on Mediterranean tour, and he said, “Our truck in on tour for the first time this year without a demonstration. Income from the licensed products is being donated to the families of martyrs via Kartal Vakfı. We will continue to tour around the country in 2017 also”. 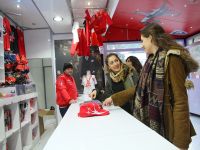