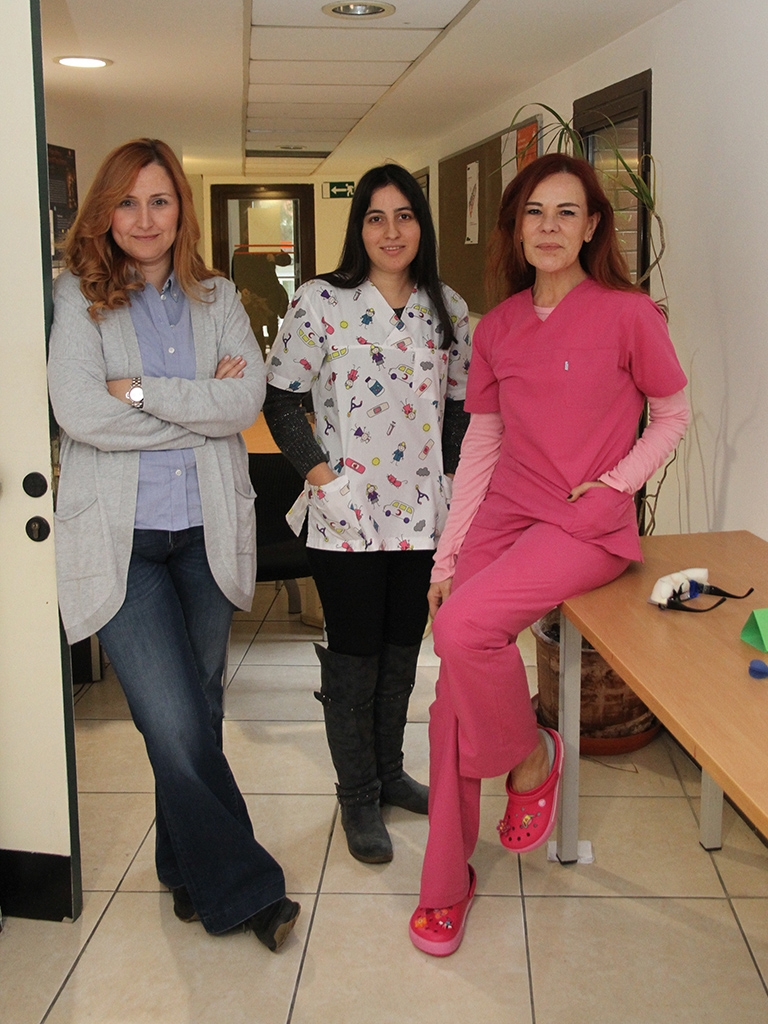 Children’s fear of dentists comes to an end thanks to dental staff wearing bright color uniforms with cartoon designs. The study conducted by Izmir University of Economics (IUE) revealed that children were not scared at treatments by pediatric dental team wearing bright color uniforms. Özlem Cumbul and Nesrin Çalışkan, students at IUE Department of Psychology, searched about the reasons behind children’s fear of dentists. The study led by Assoc. Prof. Dr. Seda Dural, Acting Head of IUE Department of Psychology, studied the effects of white versus colorful uniforms on children patients and the levels of fear felt by them. Cardiac rhythms of children were measured, and it was reported that white uniforms as opposed to colorful ones increased the fear in children.

Dentist Özlem Cumbul, student at IUE Department of Psychology, pointed that dental anxiety, especially in child patients, was a common problem and better management of this phobia was an important factor in the success of dental treatment. Cumbul, who stated that managing the behavior and anxiety of children held inner and outer factors, said, “Our study aimed to determine the effect of wearing a white or colorful uniform on level of anxiety and cardiac rhythms of children. We believe this fear may be transferred through role modeling. Parents can set a phobic model for their children. Even though dental anxiety etiology is a complex subject, white uniform reminds children of hospitals and create anxiety as well. Another factor is children’s age and their parents’ dental anxiety affecting the children’s level of fear”.

Cumbul reported that 80 children between the ages of 3-12 participated in the study and they were told to evaluate their dental experiences as good or bad. Cumbul stated the following: