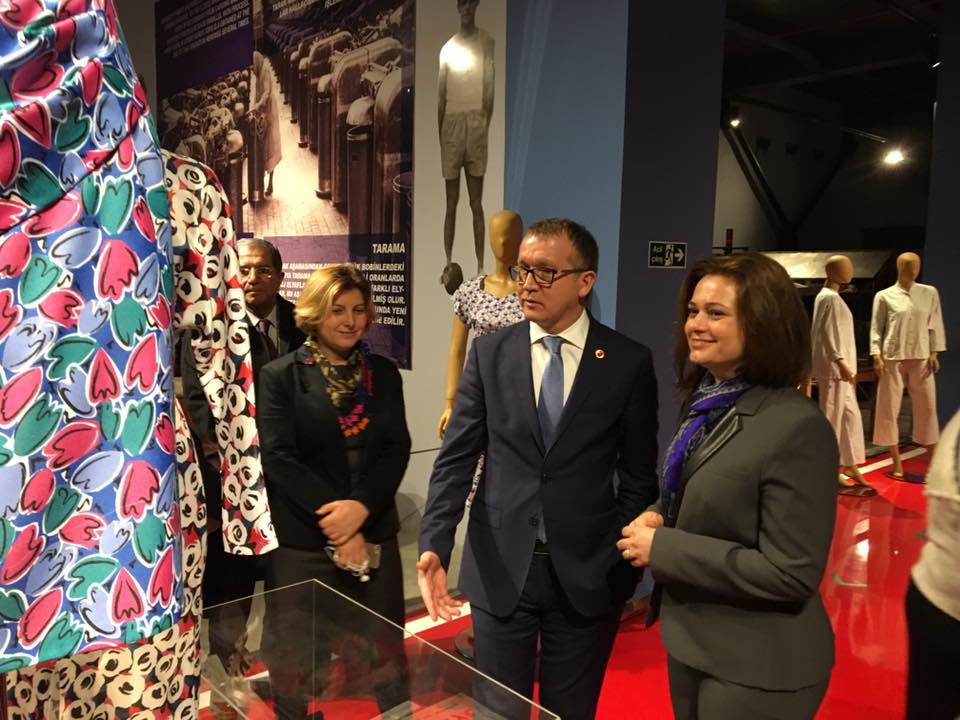 Izmir University of Economics, Faculty of Fine Arts and Design, Department of Fashion and Textile Design is refreshing people’s minds in Bursa about Sümerbank fabrics, garments, home textile products, which make up the legacy of industrialization revolution in Turkey. The exhibition, an end result of Sümerbank fabrics from the shutdown Izmir Halkapınar Facilities taken under protection by the University and being re-manufactured, will be welcoming guests in Bursa Merinos Textile Industry Museum until March 5, followed by the previous exhibitions in Izmir and Aydın respectively.

Prof. Elvan Özkavruk Adanır, Head of IUE Department of Fashion and Textile Design, who delivered a speech at the opening of the exhibition, stated that there were approximately 200 thousand fabrics under the protection of the University and about 6 thousand 600 of those fabrics were transferred into digital environment that was available at www.tudita.com. Prof. Dr. Adanır said that the exhibition focused on a timeline of important events in terms of history of world culture and fashion occurred in Turkey from 1933’s to the beginning of 2000’s. She said, “Sümerbank clothed the whole nation at one period. Everyone has a memory with this brand. Izmir folks, who heard about the project, dug out their chests and brought at least one object to support this project. I hope Sümerbank has its own museum and continues to shed light on history of Turkish textile”.

Abdülkadir Karlık, Acting Mayor of Bursa Metropolitan Municipality, said, “Sümerbank Merinos Wool Industry Enterprise, which contributed greatly to Turkish economy,   was brought into the present and turned into Merinos facility. Since its establishment, Merinos Textile Industry Museum continued to bring traditional textile work and exhibitions in service of Bursa people. Fashioning a Nation: Sümerbank Textile Patterns Exhibition 1956-2000” titled exhibition being exhibited at a former Sümerbank establishment is also very meaningful. The fabrics manufactured in 1956-2001 were re-manufactured via different techniques, and outfits of that era were sawn again for the exhibition.”

Prof. Dr. Ayten Sürür, Curator of the Museum, indicated that Sümerbank products, which lingered strongly in a generation’s memory, had an important place in lives. 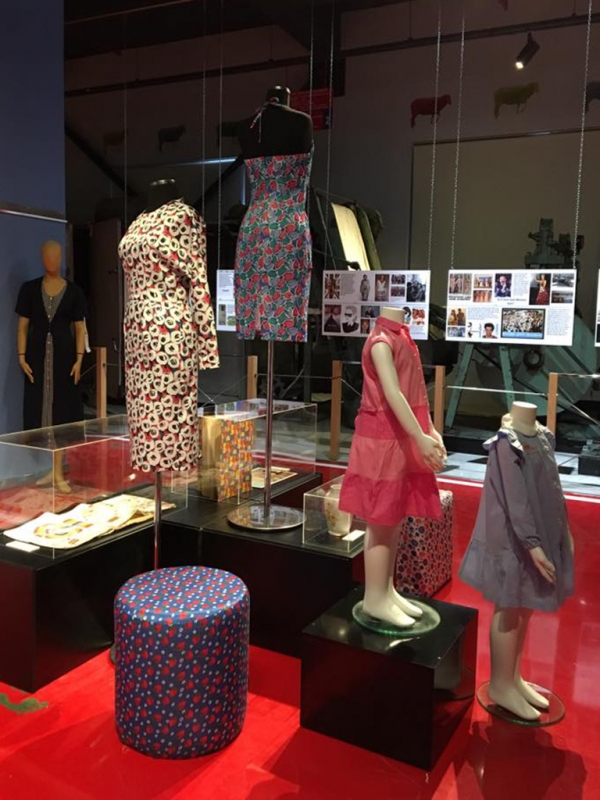