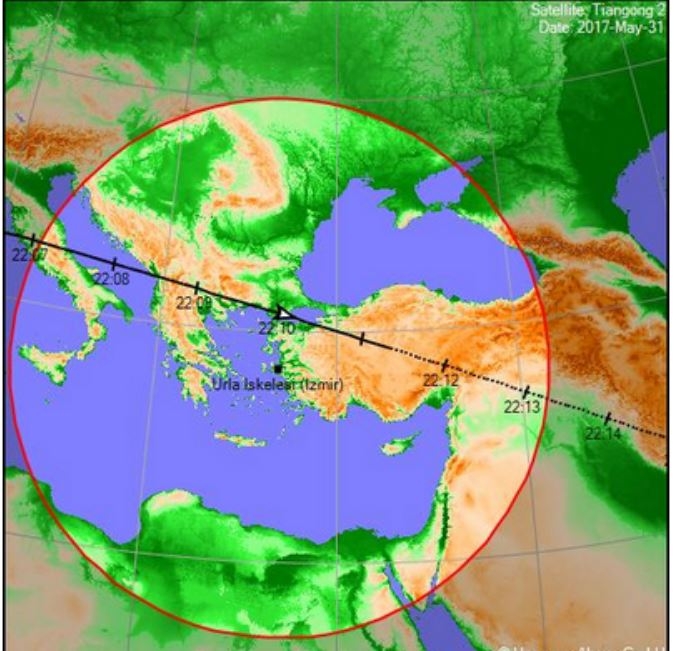 The Satellite Tracking Group formed within the Department of Aerospace Engineering, Faculty of Engineering, Izmir University of Economics, observed the Chinese Space Station Tiangong 2 for approximately five minutes as it passed 380 km above Italy, Greece and Çanakkale, Turkey. Tiangong 2 reached a minimum distance of 480 km from Izmir as it flew over Turkey at 22.10.

Prep school students Ceyda Yenilmez and Erdem Bulut Yavaş, from IUE Department of Aerospace Engineering, executed visual and photographic observations of this event by means of ephemerides and satellite tracking software. Working simultaneously in Urla, Izmir, the Group faculty advisor, Dr. Fabrizio Pinto, acquired a long exposure photograph of the Tiangong 2 moving through the constellation of Ursa Minor by means of a Canon Rebel camera mounted on a fixed tripod.

Dr. Fabrizio Pinto, formerly with the NASA/Jet Propulsion Laboratory at Caltech, is an Assistant Professor in the IEU Department of Aerospace Engineering. Dr. Fabrizio Pinto said, “The goal of the Satellite Tracking Group is the study of the motion of any observable spacecraft, space debris, or other object, including asteroids, within the near-Earth environment or within approximately one million kilometers from the Earth. The Satellite Tracking Group is staffed by approximately twenty prep students from IEU Department of Aerospace Engineering and other engineering majors.” 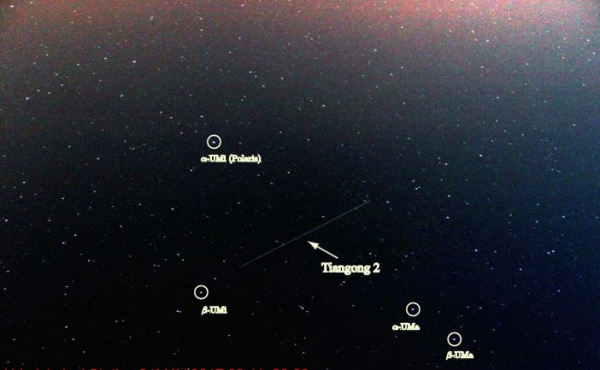