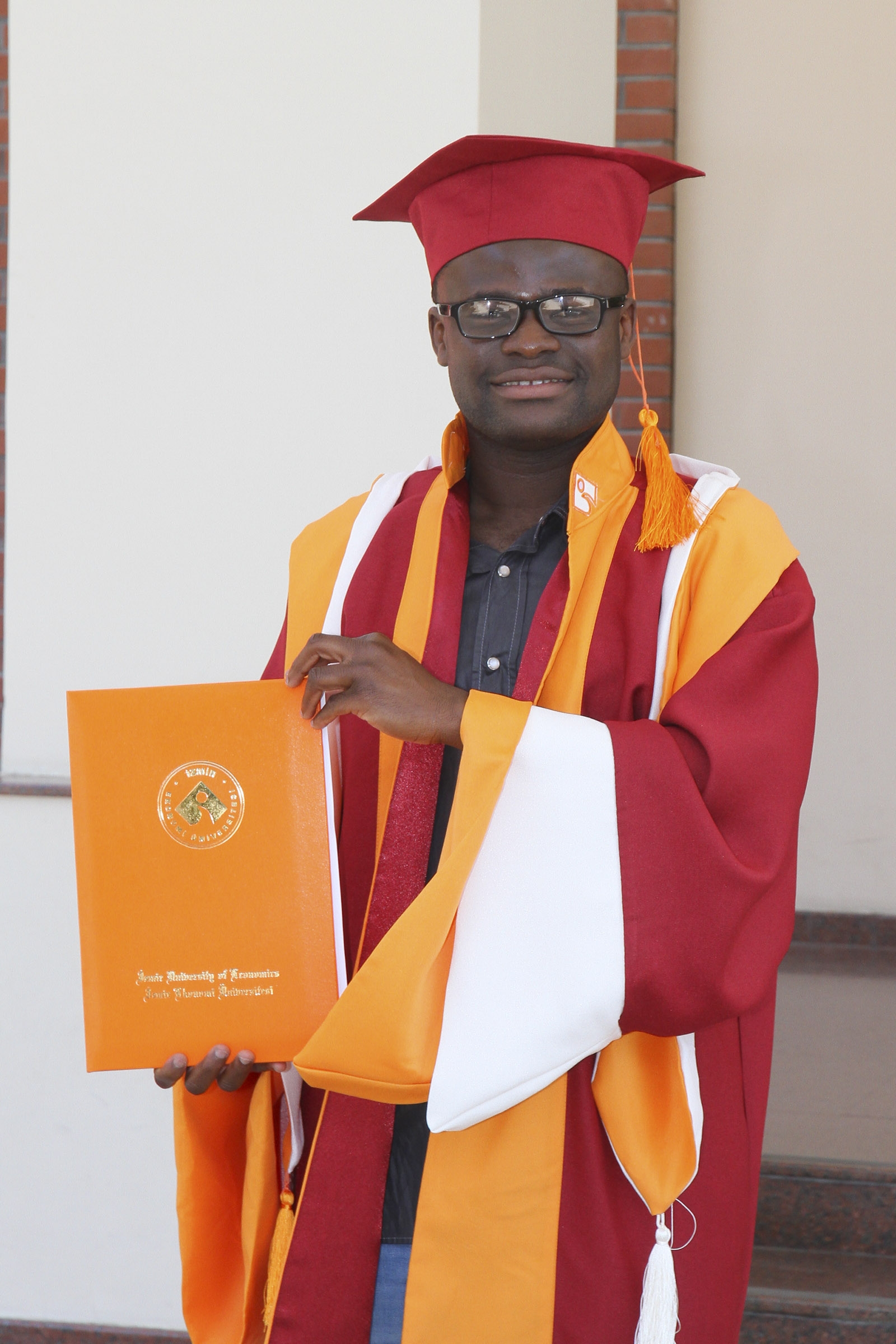 Mouftau Damoudou Afa Sabi, whose life changed with EXPO Scholarship, graduated from Financial Economics Master Program with a GPA of 4.00 after he completed his undergraduate studies at Department of Mathematics. Sabi, who said that he was chasing his dreams, has applied to Ph.D. program in Economics at IUE Graduate School of Social Sciences.

Sabi, from Republic of Togo, Africa, said, “I was looking for a scholarship for my higher education. University education is not that good in my country. There is no support and education gets interrupted due to student incidents. Many hard working students have to discontinue their education. I’ve heard about EXPO Scholarship provided by Izmir University of Economics through a friend. I’ve applied. I have been in Izmir since September 2011 receiving an international standard education”.

Sabi, who reported that he wanted to start his Ph.D. studies in economics, stated he wanted to become an academician. He said that the fact that medium of instruction being English at Izmir University of Economics was a big advantage. “I feel like I’ve been lucky so far. I’ve received international standard education in English. I want to become an academician. Additionally, I hope to complete my doctoral studies, go back to my country and contribute to the economic development of my homeland. I am very lucky to have been in Izmir, Turkey. It has become my second homeland and I am a volunteer ambassador of Izmir,” said Sabi.

Also, 115 students from IUE Graduate Schools of Social Sciences, Natural and Applied Sciences, and Business, sang IUE and 10th Year Anthem at the Graduate Studies Graduation Ceremony that took place at IUE Conference Hall and threw their graduation caps in the air. 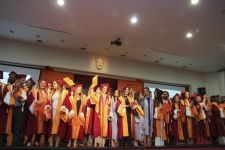