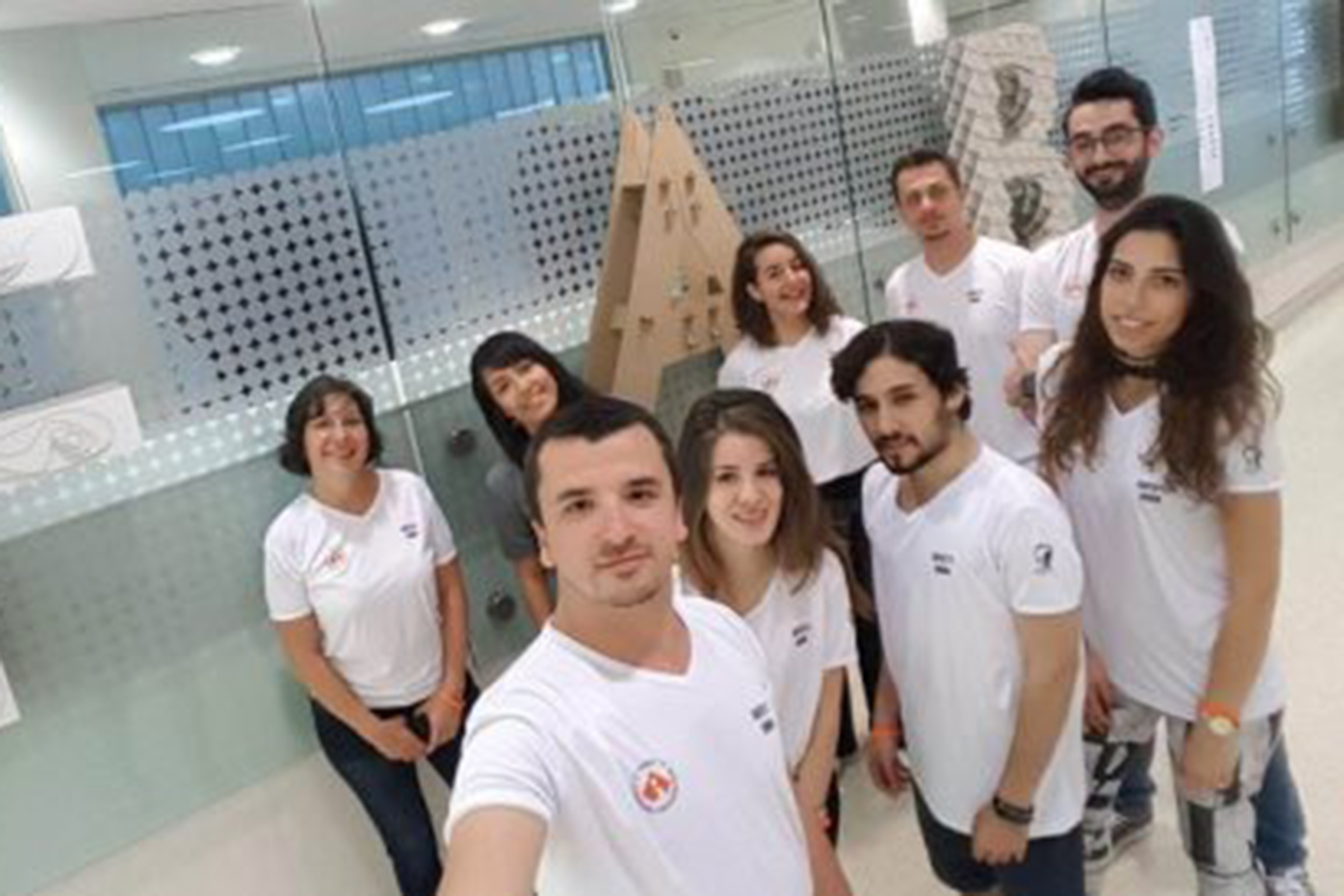 Urban design of young architects of Izmir University of Economics has been showered with awards in England. Students of Department of Architecture, Faculty of Fine Arts and Design, Izmir University of Economics (IUE), created a “pop up city” themed design which received the most and the least number of tweets in London at the “FabFest” design festival hosted by University of Westminster in London. The design was given an award in the category of “Hawthorn impressive design”. Students, who also received Hawthorn money award, received a third prize in the best architectural design category selected by the jury members.

The young IUE architects, who created an urban design they based over tweets, returned to Turkey from University of Westminster’s pop up city themed FabFest event with 3 awards.

Asst. Prof. Dr. Güzden Varinlioğlu stated that students’ design was based on bulk tweets posted with #london hashtag at a specific time and specific place in London. “Crystallized stalactites hanging down to the floor emerged in our design in regions where the number of tweets posted with this hashtag increased. There is a short path where people can get by over the river that crosses the center of the cutaway diagram of the map due to less number of tweets. This form, which has been created by visualization of social media data, has been developed by laser cut technique of the parts. All these parts have been combined in London and transformed into a 2.5x3 meter cardboard structure as a festival requirement,” said Varinlioğlu, and indicated that they were happy to have represented Turkey and come back with 3 awards. 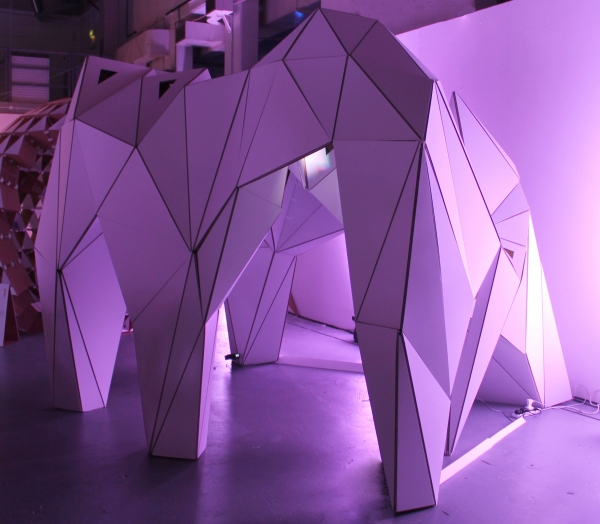