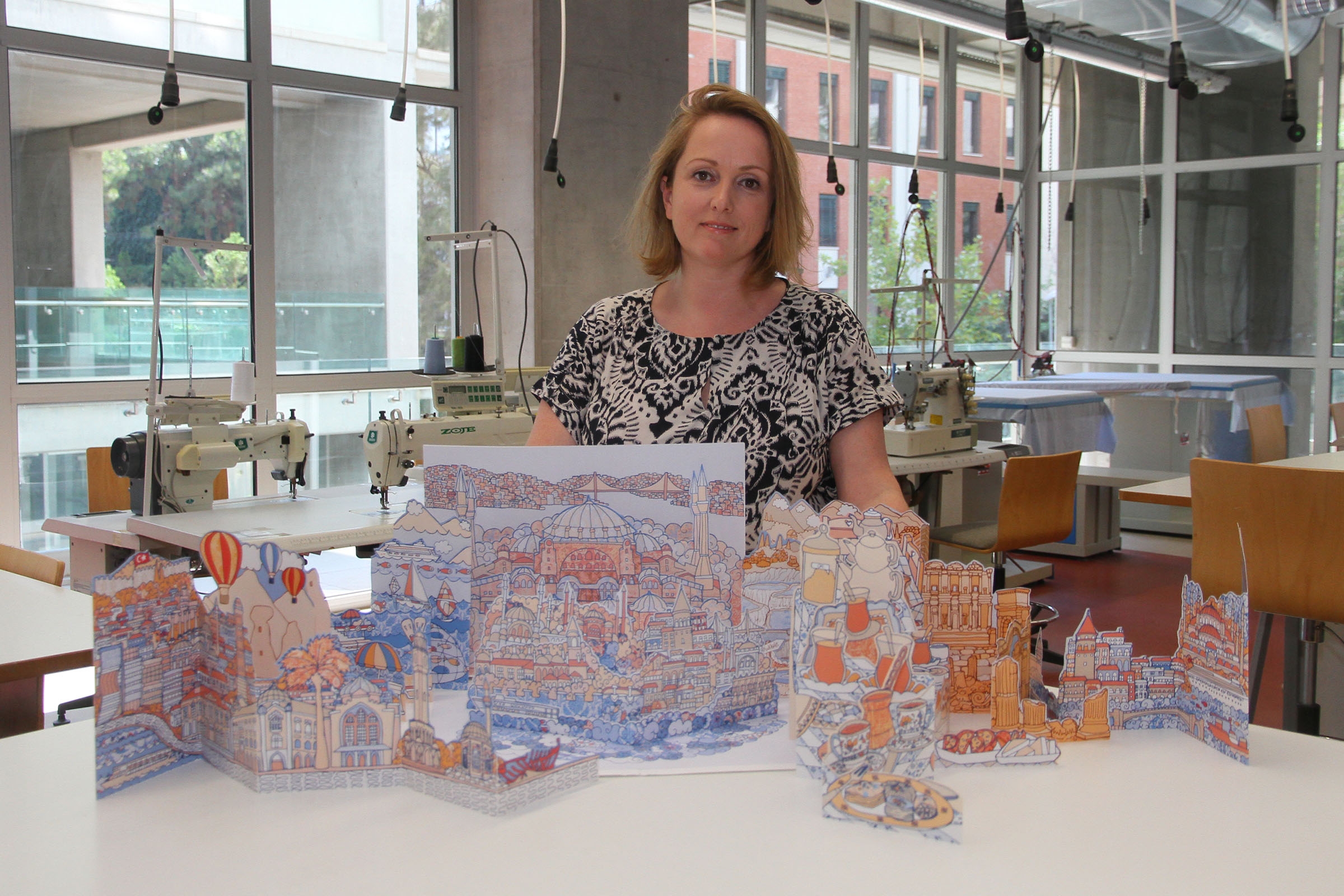 Stating that she wanted to be involved in a project reflecting the historical and cultural values of the country both as a foreigner and a resident of Turkey, Burns said “I have been living in Turkey for 11 years. That’s why I wanted to combine Turkish culture and important historical and geographic places with my art. I prepared a postcard series. It is about major historical cities, movable and immovable cultural heritage. I brought together cultural elements such as Turkish breakfast, Turkish coffee, Turkish style tea cups, Cappadocia, Alaçatı with illustration art and created three dimensional postcards.”

‘Souvenirs are not enough’

Stating that she used Turkish patterns in her illustrations and Iznik pottery in coffee cups and traces of Seljukian art while characterizing Cappadocia, Burns said all her work is drawn by hand, colored on computer and, again, cut by hand.

Underlining that souvenirs are not enough and this Project she started off as a hobby could be an alternative, Burns said “Izmir, Alaçatı, Istanbul, the Grand Bazaar in Istanbul, Cappadocia and hot air balloons, Ephesus, Pamukkale, Ancient City of Hierapolis, blue voyage, Turkish breakfast, traditional Turkish tea cup and Turkish coffee are among the works I have done so far. I know which cultural element would be more distinctive for tourists when they compare it with their own. I have experienced a lot since I have been living here for a long time. When I look at postcards in Turkey, they are all the same. I created these works of art with a different and modern perspective." Pointing out that she lived in Ireland, France and China, and worked on projects about the cultural heritage of each, Burns stated that

drawing historical and cultural elements peculiar to Turkey excites her. 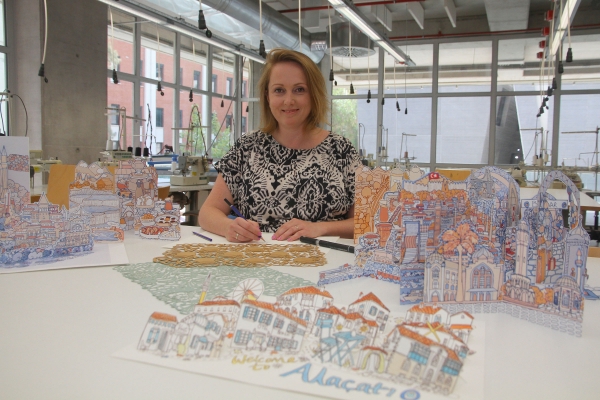