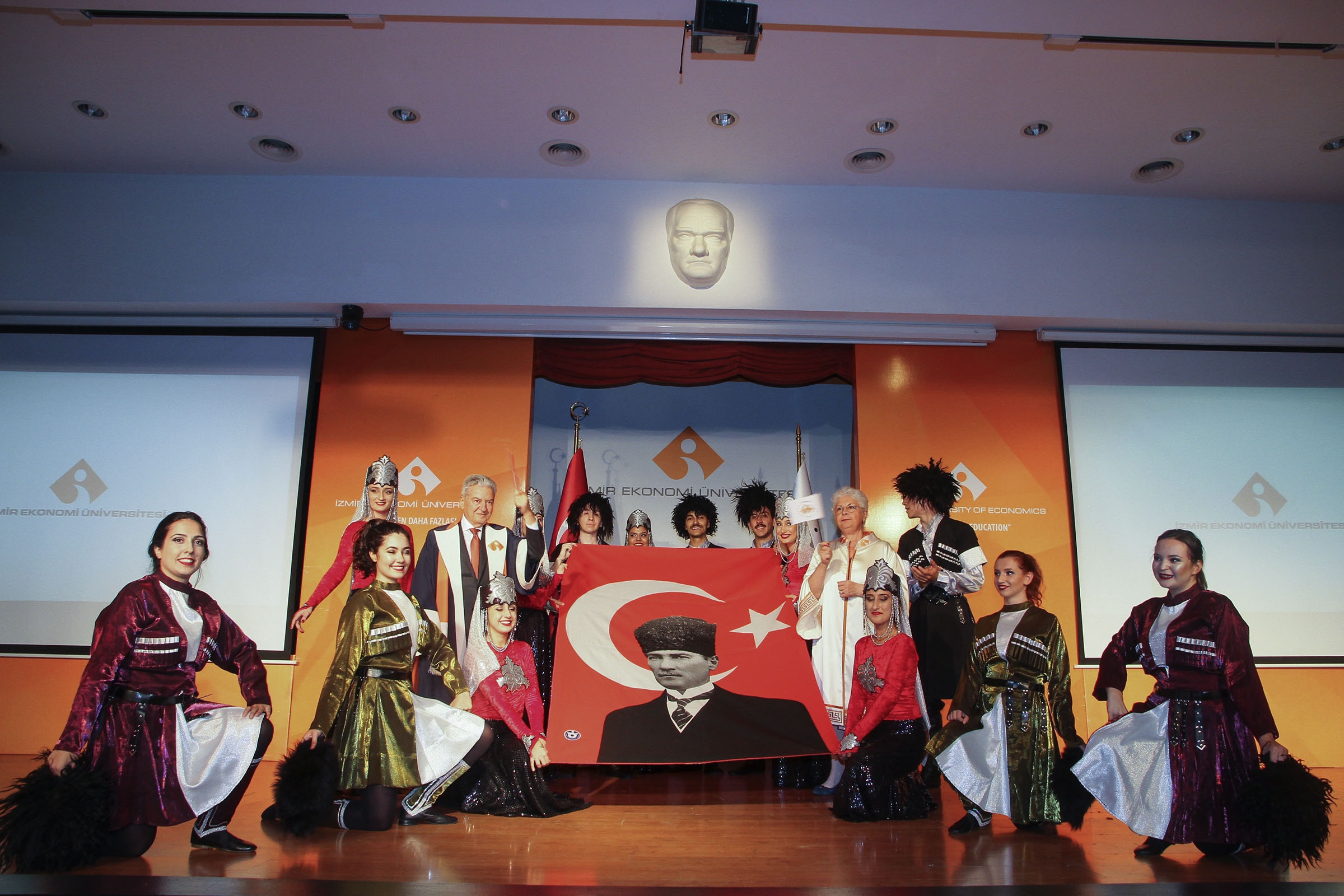 Izmir University of Economics (IUE) started the 17th Academic Year to train the future entrepreneurs, physicians. Students of IUE Faculty of Medicine put on their white coats at the first ceremony of the new academic year. Sixty prospective physicians, first students of IUE Faculty of Medicine, took the stage to swear “Medical Student Oath”. The second ceremony began with laying a wreath at Ataturk Monument at IUE Ceremony Field. Ekrem Demirtaş, IUE President of the Board of Trustees, Prof. Dr. Can Muğan, IUE Rector, academicians, graduates and students observed a moment of silence. Following the National Anthem, President Demirtaş and the Rector laid a wreath at Ataturk Monument.

Ali Yiğit, CHP Izmir Representative, Zengxian Liu, People's Republic of China's Consul General of Izmir, Members of IUE Board of Trustees, Members of the Council for Izmir Chamber of Commerce, academicians, and a crowd of students, in addition to President Demirtaş and the Rector, attended the 2017-2018 Academic Year Opening Ceremony that took place at IUE Conference Hall.

President Demirtaş, in his opening speech, stated that this year one thousand 700 new students joined them, and that they were just as excited. He said, “We will train innovative and entrepreneurial students and help them get ready for life. Majority of our graduates and students are achieving outstanding success that I cannot express in numbers right now. We have turned all classrooms on campus into smart classrooms two years ago. We have invested 5 million dollars in laboratories. Therefore, our achievements will gradually increase. We have exceeded our quota of 7 thousand 500 students by 2000 students out of necessity in our 17th year. It was not among our targets, but we started medical education because this era calls for it. Therefore, we are re-planning the campus set up. We will renovate and make the old hotel structure more functional in two stages. Faculty of Medicine welcomed its first students this year. We plan to complete the construction of the hospital they will be practicing at within a year”.

President Demirtaş reminded that it has been 17 years full of accomplishments and new investments since the establishment of the University, and they would continue to train soldiers of Mustafa Kemal just as they have done in the past.

IUE Rector Prof. Dr. Can Muğan reported that students from 67 cities from Turkey and from 15 different countries around the world have been receiving education at the University. “We are going to proceed with new researches with our new medical school. We want to offer the best quality education, make a breakthrough with best interdisciplinary researches. Quality will be our priority during this course. We hope to establish the Confucius Center,” said the Rector.

Prof. Dr. Hakan Abacıoğlu, Dean of IUE Faculty of Medicine, delivered “Planetary Health” titled opening lecture at the ceremony. Prof. Dr. Abacıoğlu said, “Humanity today, as it never before has, become determinative over the fate of the planet it lives on. Izmir University of Economics, Faculty of Medicine aims to raise awareness, among its students and society, on planetary health and its impacts on human health through education and research, and aims to produce knowledge; and moreover, sees this a part of its academic responsibility.”

At the end of the ceremony, the performance titled, “Keeping the Faith”, co-written and directed by Engin Kıbrıslı, Member of the Executive Board of ITO Education and Health Foundation & Chairman of the Executive Board of Alumni Association, and Emel Akçay Uzun, Director of Promotion and Corporate Marketing Communication, was put on stage by Folk Dances Club and Music Consultant Alasker Abbasov. After the performance, in remembrance of the Opening Ceremony for the 17th Academic Year, Emre Temese, President of Folk Dances Club, presented a glass bowl decorated with folk dancing figures to President Ekrem Demirtaş in virtue of his faith in the youth and the Turkish culture. 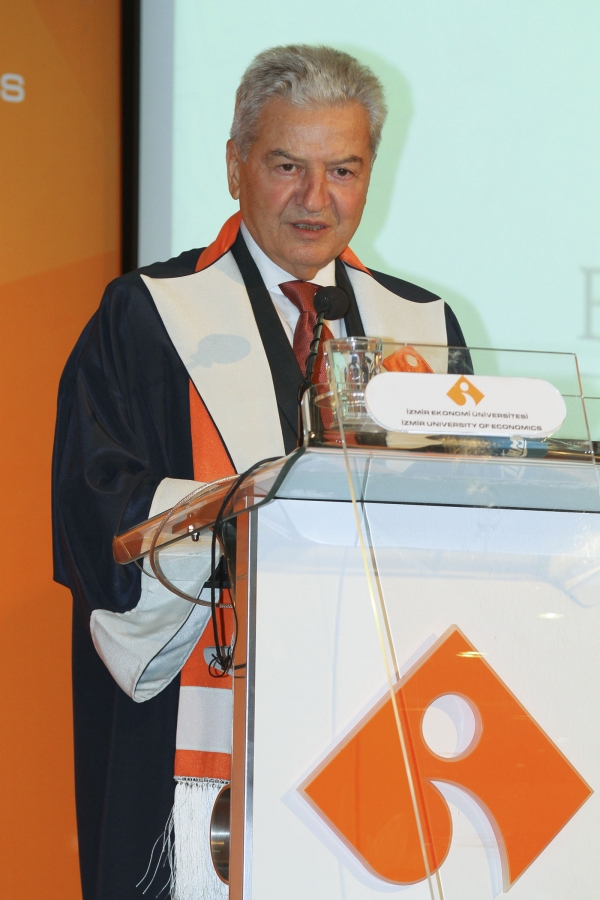