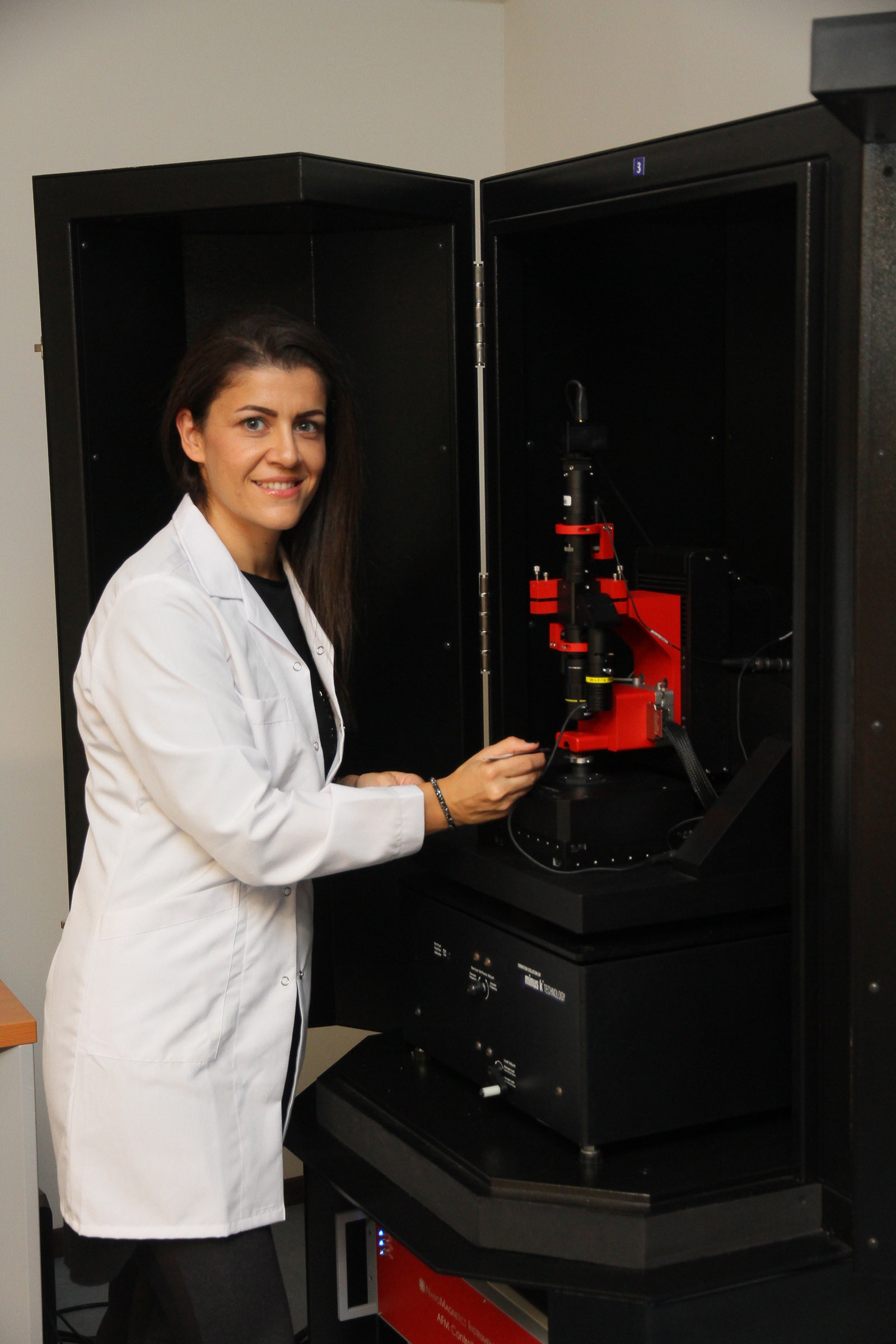 Izmir University of Economics (IUE) is developing nanomaterials for new equipment to be used in biomedical and defense industries. Asst. Prof. Dr. Özge Sağlam, Lecturer at IUE Faculty of Engineering, who is receiving a grant as part of TUBITAK 3501 Career Development Program, will produce multi-functional nanometer-thick sensors so that nanotechnology could be used more efficiently in Turkey. Nanotechnology is science, engineering, and technology conducted at the nanoscale, billionth of a meter.

Asst. Prof. Dr. Sağlam gave information about her study and she said that nanotechnology was one of the most important and investable leading technologies of our time. Sağlam stated the following:

“Nanotechnology is the study and application of extremely small things (billionth of a meter) and production of nanomaterials to be used in extremely small devices. This way, by developing multi-functional and highly sensitive devices, we will develop products that can do more than one thing at the same time. Thanks to the nano-device that will be developed as part of the project, by using low energy infrared light, we will develop multi-functional sensors which work more efficiently and sensitively. These sensors will be used at different fields including defense industry to biomedical industry. Not visible to the naked eye, for example, these sensors would be placed into the ink in the passports and prevent forgery. At the same time, sensors used in health that are sensitive to electric, magnetic field, heat, and PH, etc. and devices used in biomedical for imaging and analysis will be combined under one device. We will be able to benefit from these sensors across many scientific fields.”

Asst. Prof. Dr. Sağlam reported that new generation sensors were sensitive to electric, magnetic field, heat, and PH, and thereby, they would be used efficiently in led, oled screens, biomedical and defense industries. Sağlam said that different from the other methods, in her project, the nanomaterials with different types of frequencies would work with a method that combined them in layers. She said that way the nano-films with new features would be used for development of new sensors.