FRANCE-TURKEY MEETING IN THE KITCHEN 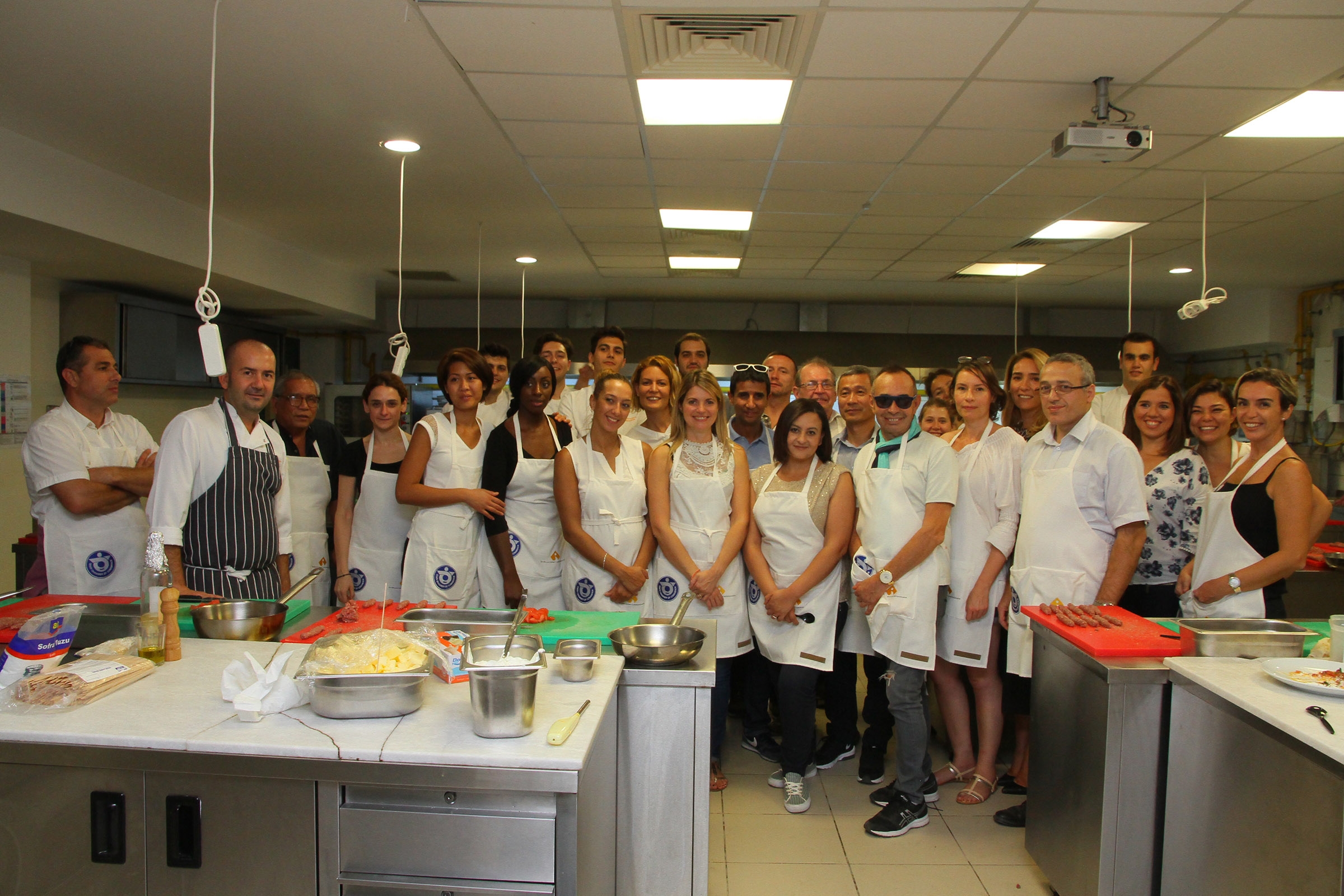 Members of the French Travel Agents Association, who are in Izmir as the invitees of Izmir Chamber of Commerce, learned to cook the exquisite tastes of the Aegean Region. Group of 20 people visited Department of Culinary Arts and Management, Izmir University of Economics (IUE) and watched the preparation and cooking of Tarhana soup (a traditional, spicy Turkish soup common throughout Anatolia). The group later on prepared their own Tire meatballs (dish specific to Tire district of Izmir, grilled with a thickness of a pen on thin skewers) with the help of young chefs.

The Group, following the meetings held with the purpose of increasing the collaboration between the travel agents of the two countries and attracting more tourists, had a chance to get to know Izmir up close through various activities and admired the city very much. Asst. Prof. Dr. Betül Öztürk, Director, IUE School of Applied Management, gave information about the Department of Culinary Arts and Management while IUE Trainer Chef Tolgahan Kamiloğlu informed the guests about the niceties of Turkish cuisine.

Dalila Anireche, one of the members of the French Travel Agents Association, stated that she was fascinated with Izmir and she tasted Turkish food for the first time. “I was not expecting to taste such exquisite dishes. I was very happy to hear about gastronomy education offered at the University. IUE is much bigger than many of the universities in Europe and seems to offer a better quality education compared to them. It was also such a unique experience to hear about Turkish cuisine from the trainer chefs. I was very pleased to know about a different cuisine,” said Dalila Anireche.

Patrick Cheruel, another member, said, “Turkish cuisine is not well known, and neither is Izmir. You should work on promotion more. You are a hidden city of Mediterranean. You are cheery people with beautiful coasts. We hope direct flights from Paris to Izmir begin at once”. 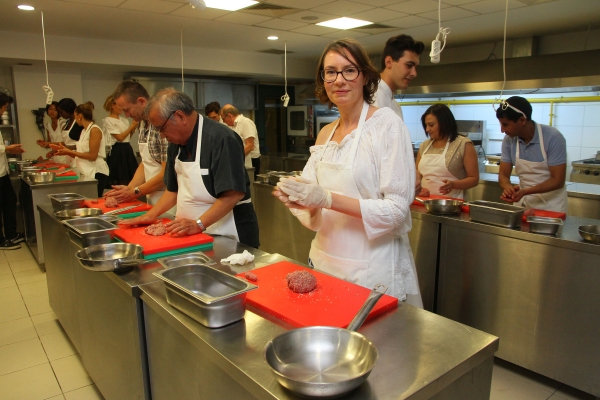