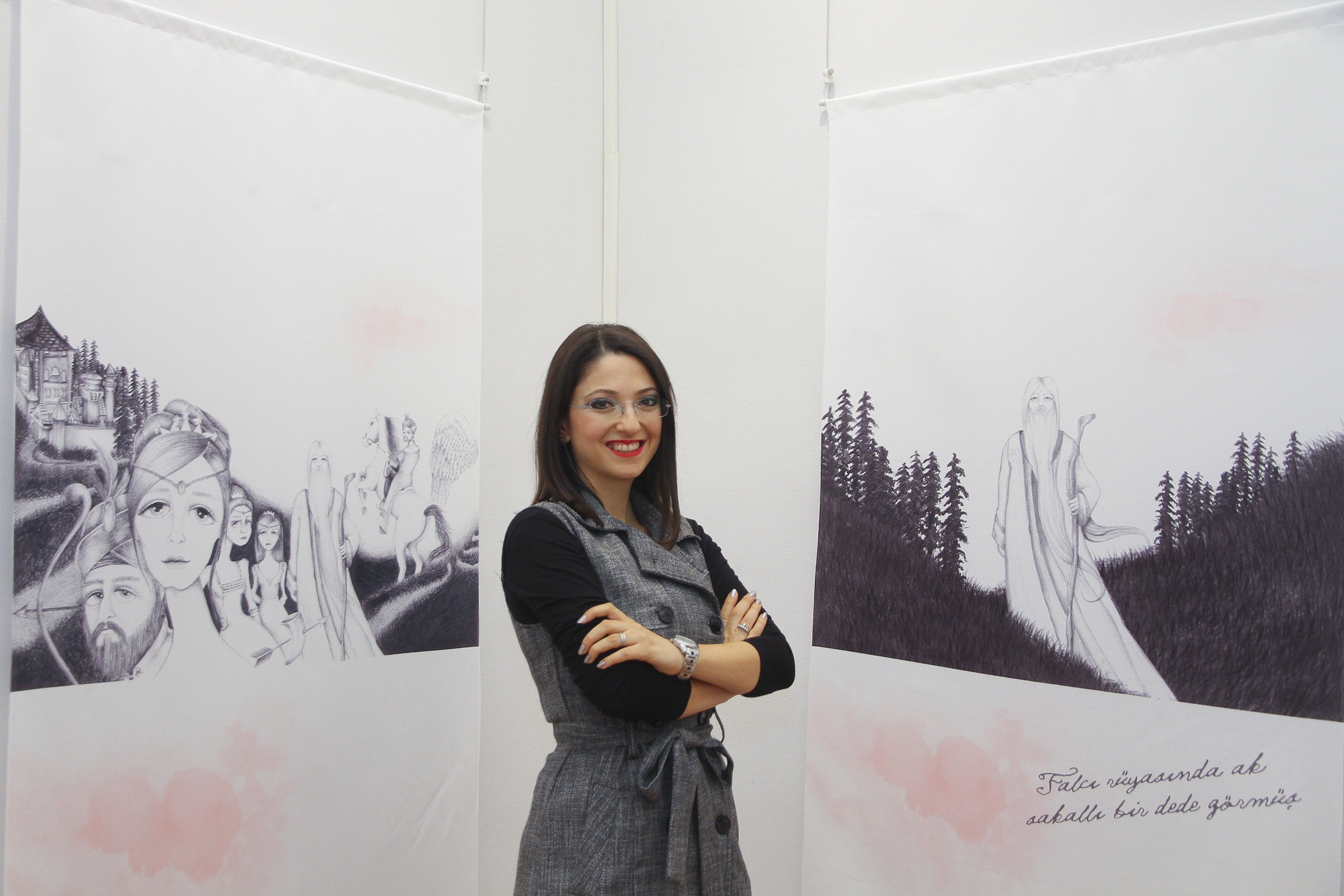 Fairytale heroines come to life in the amazing illustrations created by Dr. Duygu Kocabaş Atılgan, Lecturer at Graphics Design Program, Vocational School, Izmir University of Economics (IUE). The stories, which features beauty, courage, independence, and intelligence of women, will be on display at Buca Cultural Center until January 11.

Dr. Atılgan reported that she wanted to bring a different perspective to fairytales, which were passed down from generation to generation because of collective narration. “Folktales are not common today anymore. Tales come to life by the storyteller and provoke the imagination of the audience. This pleasant journey of both the storyteller and the audience succumbs to digital world. So, I wanted to relay the tales with female characters especially,” said Dr. Atılgan.

Dr. Atılgan told that she was inspired by tales such as “Uyuyan Güzel (The Sleeping Beauty)”, “Gizemli Kız”, “Boncukcu Kız”, “Deniz Kızı (The Little Mermaid)”, and “Yeşil Melek”, and created her illustrations and transferred them into fabrics and prepared parchments. Dr. Atılgan said, “The common feature of tales is that they put women in the center. Constituents of this identity are courage, independence, and imagination in addition to beauty. Fairytale heroines always manage to overcome any difficulty with their powerful poise and intelligence, and open a new page in their lives”. 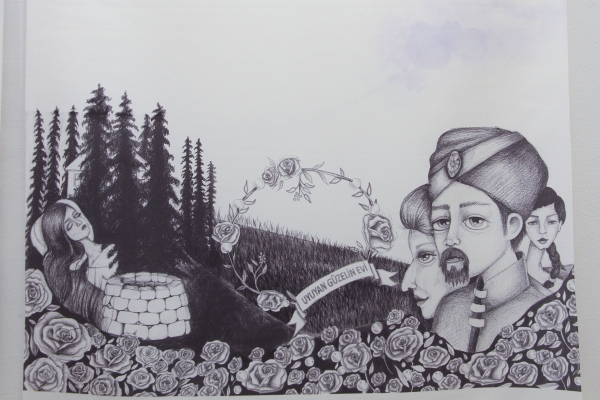