PHYSICAL THERAPY WILL GET EASIER WITH SMART BALANCE BOARD 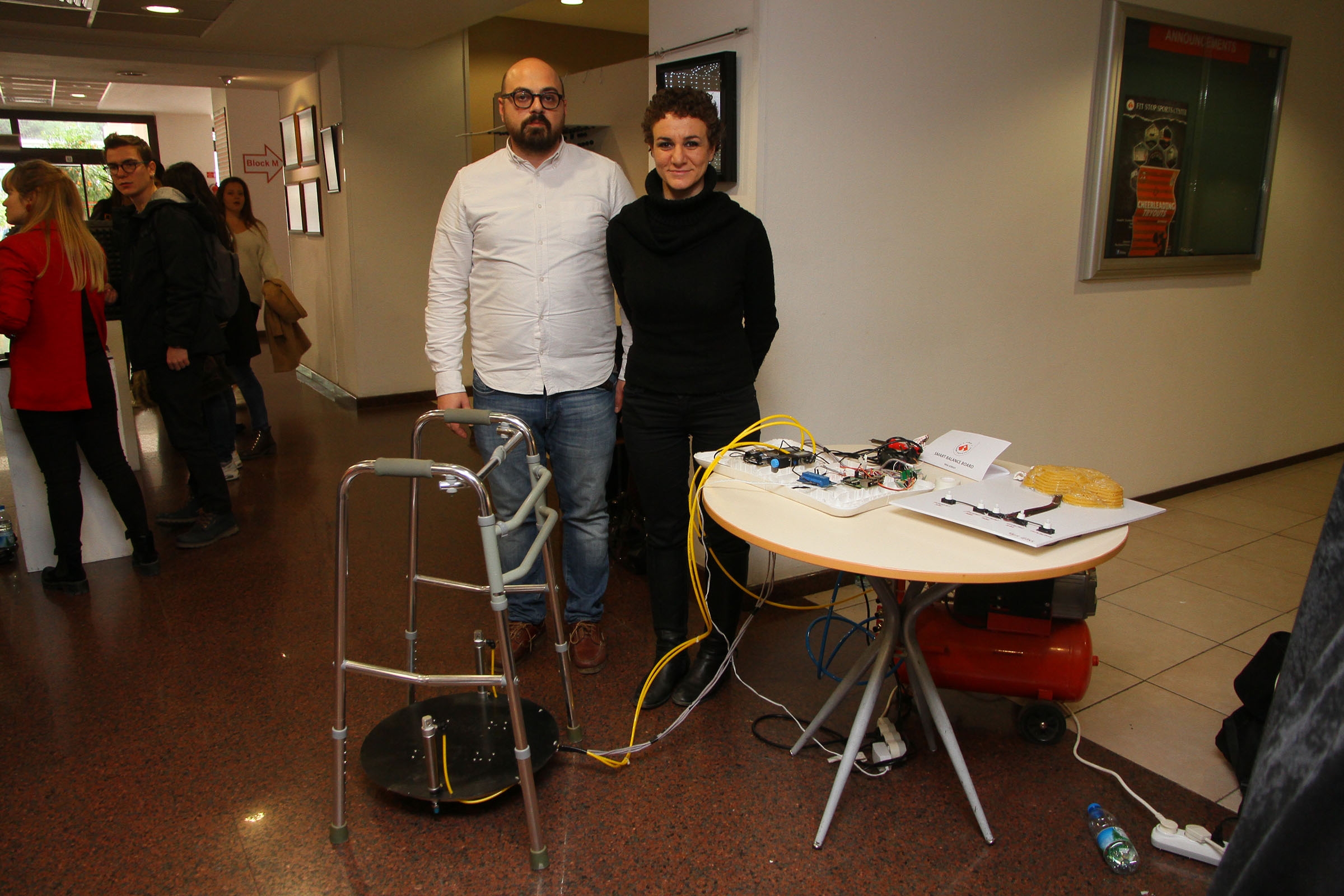 Treating balance disorders is just going to get easier with the “smart balance board” developed by IUE entrepreneurs. İrem Gürsoy, Junior at Department of Psychology, Izmir University of Economics, developed a mobile device, under the guidance of Asst. Prof. Dr. Burak Erdeniz, Lecturer at Department of Psychology, which will be used in diagnosis of balance disorders, and in physical therapy and rehabilitation department to treat these disorders.

Gürsoy, who developed the device within the scope of ‘Psychology of Perception’ course, stated that they were able to detect the source of the balance disorder with the help of the equipment used with the software. Gürso said, “The human balance system is achieved and maintained by information received by the brain from three peripheral sources: eyes, muscles and joints, and vestibular organs. Vestibular system, somatosensory system, along with visual perception combined, make up the balance system. Trying to find the diagnosis and cause of balance system disorders in such a complex structure requires an in-depth testing process. With this device, we are able to detect the source of the balance disorder, whether it is caused by visual perception or somatosensory system. In addition, by recording the movements of the individual on the device, we can understand which part creates problems in trying to balance the body. We can perform physical therapy and rehabilitation based on that”.

Gürsoy reported that equipment used for diagnosis and treatment of balance disorders were highly costly, and they came up with a new solution recommendation with this study. Gürsoy said that they aimed to reduce time loss, and increase the effectiveness and efficiency of the treatment.