VOLUNTEERING AT DOWN CAFE 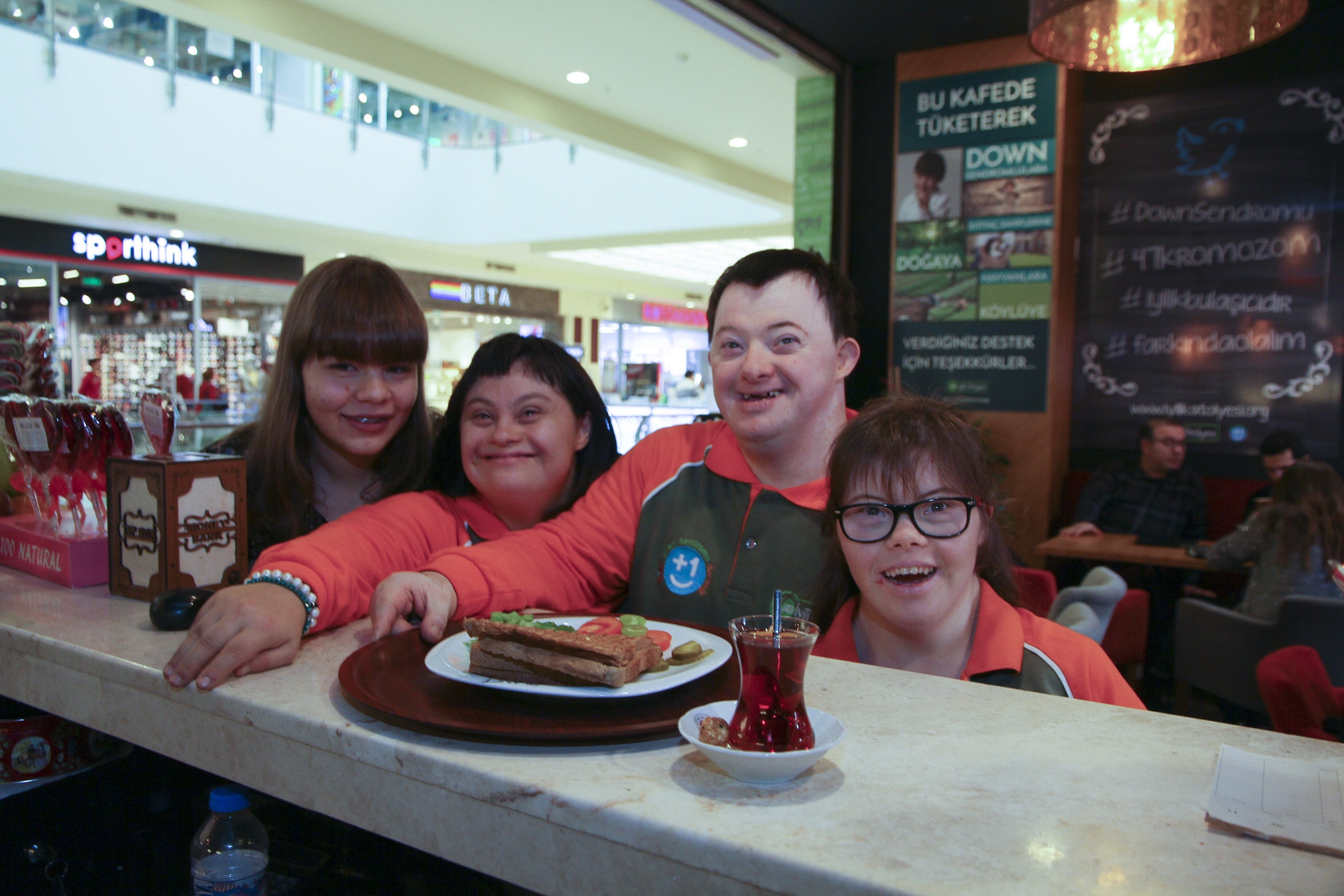 Duygu Deniz Turhanlar, student at Department of Mathematics, Izmir University of Economics (IUE), took on caring responsibilities for youth with Down syndrome at ‘İyilik Atölyesi’ (Down Cafe). Turhanlar shares the journey of youth with Down syndrome at Down Cafe, which is supported by a private company and run by Izmir Down Syndrome Association member parents and children. Turhanlar reported that she visited the Down Cafe, which was opened last July, with her family by chance. “We decided to go in there when we were passing by. When I ordered, I felt the need to be with them, accompany them along their journey, and get involved in a social project,” said Turhanlar.

Turhanlar stated that 15 youth with Down syndrome worked in two shifts as their parents worked in the kitchen. She said, “Customers are given a tab and a pen along with the menu by the youth, and we just monitor them without any interference making sure the orders are served correctly. I occasionally help them when the cafe is too crowded, or help them with serving hot dishes.”

Turhanlar stated that she hesitated that she would not be able to express herself to them in the beginning but she did not have difficulty in communicating with them, that they were eager to show their affection to her right away and she was touched by that very much. Turhanlar said, “I volunteer with them. They show their love and affection directly even before you take a step forward. They come and hug you. They talk to you and your communication makes them very happy. Some of them even have their own loyal customers. Our communication is getting stronger each day. We even meet during off hours. We go to movies together. We celebrate birthdays. Their parents also treat me as their own. I am very happy and I want to stay in touch with them.”

Turhanlar, who wants to specialize in math, stated that she wanted to support their education as well. She said that the more education they received, the tighter they would hold onto life.

Gülnaz Rodoplu, Head of Izmir Down Syndrome Association, said, “Our children are very socialized, in communication with the society, and they are very happy. They take orders, they serve food, they are in a hurry but they never complain. They started to express themselves better with volunteers. Their communication skills get stronger thanks to the volunteers.” 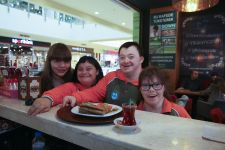 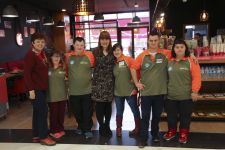