ACTING IS ALL ABOUT EMOTIONS 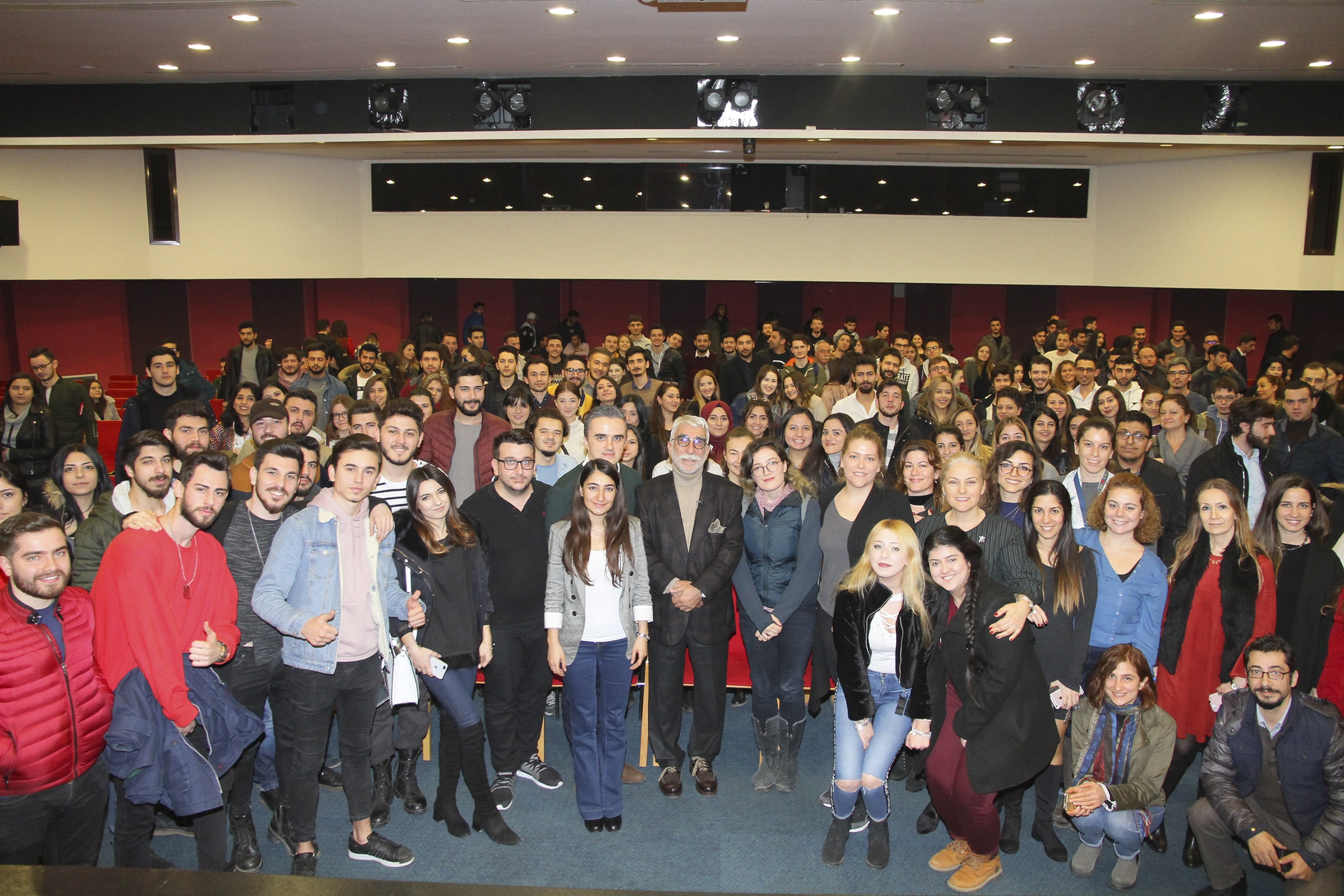 Cezmi Baskın, a popular character actor of Turkish cinema, attended the “Çıraklar Ustalara Soruyor (Apprentices Asking Masters)” event, held by Vocational School of Izmir University of Economics (IUE), as a guest speaker. Baskın, who shared his memoirs and thoughts on theater, cinema, and TV series, working conditions within those industries, stated that today’s productions were a result of contract manufacturing, that real cinema would only be possible with actors creating emotions.

Baskın talked about a triangle of camera, acting, and script. He said, “TV series became more popular. You are strictly dependent on the director and the text. You do not have time to create something new. Then it becomes such a contract-manufacturing job, the recording continues and it has a deadline. If the audience does not appreciate it, it goes to garbage just like that. No effort and money spent matters.  Many productions only aired six episodes and are discontinued on TV. So, nobody gets their money”.

‘Humor is a function of intelligence’

Baskın reported that working conditions got worse day by day, that they had to spend 12 to 15 hours behind cameras, and they did not have time to try something new. “They are producing stuff that is consumed simply. People are spending time in front of TV where they do not have to think deep, where they just sit and watch, and not have to think about anything else when it is over. Ignorance and lack of aesthetics is in high demand. Watching a movie is not related to a laughter only. If, after watching a certain movie, you leave the movie theater a different person, then that is a good movie. Humor is a function of intelligence. If it raises question marks, then that artwork is valuable. I categorize laughing into two groups: belly laugh and mental laugh. You only laugh in the former, but you learn something new in the other one,” said Baskın.

‘Art is about observing’

A good actor/actress needs to observe people, said Baskın, and he stated the following:

“Observation is an absolute must in art. I notice people as I walk down the street and record them in my mind. Director-actor relationship is also important for me. I sincerely doubt a person who thinks others are not capable of doing everything but they can. People have limited capacities. What gets people going is social sharing sites. Nowadays, before casting, director takes the number of followers of a specific actor into consideration. Acting is not about posing nice pictures, it is about emotions.”