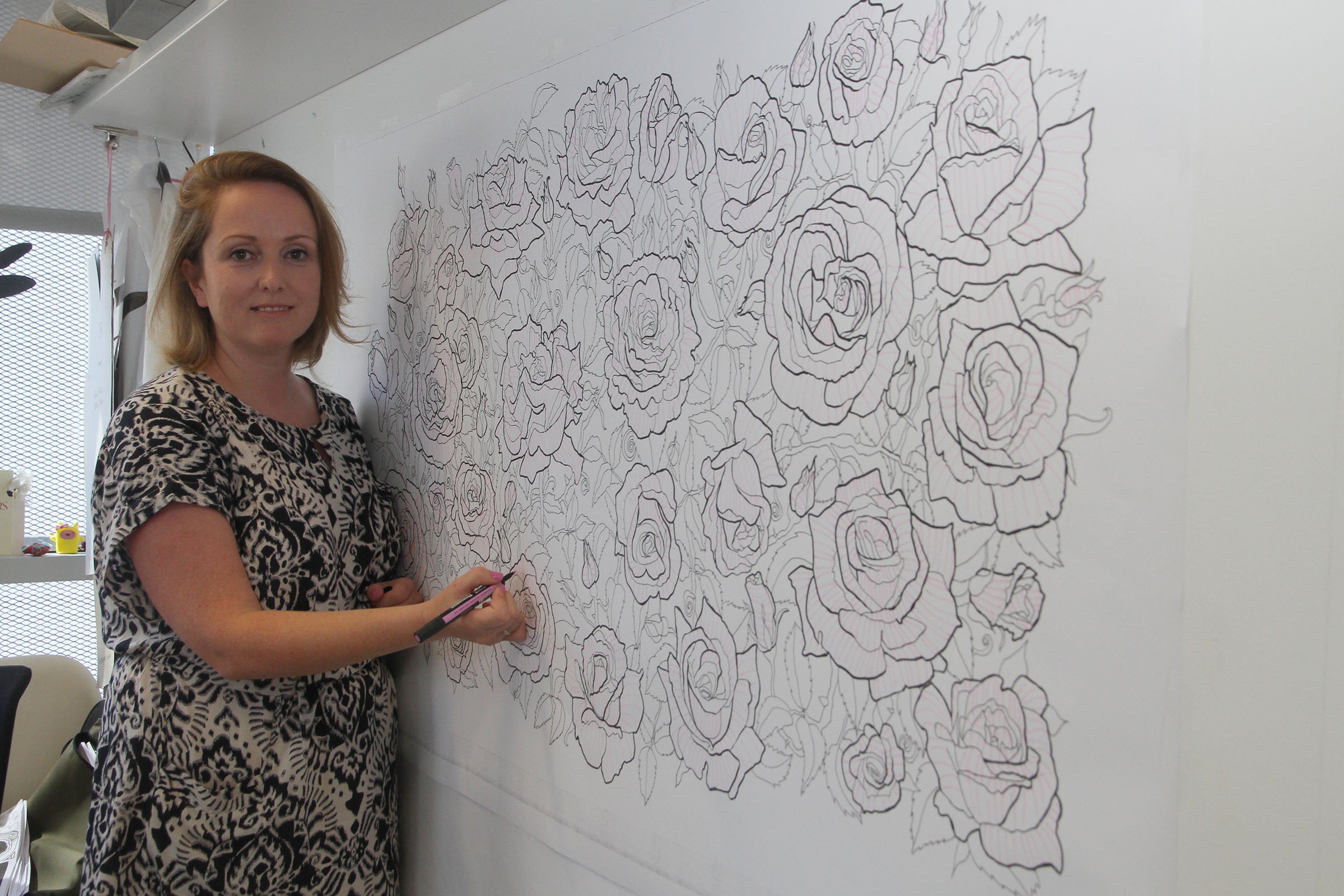 Angela Burns, Lecturer at Department of Fashion and Textile Design, Faculty of Fine Arts and Design, Izmir University of Economics (IUE), who successfully combines exquisite historical artifacts and cultural components of Turkey with illustration, will be exhibiting her illustrations of Turkish culture with the collaboration of Embassy of Ireland in Ankara.  The exhibition, which will take place between the dates of March 1- April 4 at Art Gallery of Bilkent University Library in Ankara, will include variety of drawings unique to Turkish culture such as Turkish breakfast, blue voyage, fruit gardens, fairy chimneys, etc. from a perspective of a foreigner.

Burns stated that she wanted to express her feelings on the country, its culture, history and sight-seeing with illustrations from a foreigner’s perspective living in Turkey. “I was very impressed with Sümerbank factories, which played a major role in the history of Turkish textile. I tried to tell the story of Sümerbank through illustrations. I drew about cotton production, Nazilli Sümerbank Factory, chintz ateliers, fabrics. I also created three-dimensional pop ups of Izmir, Alaçatı, Istanbul, Grand Bazaar in Istanbul, Cappadocia and hot air balloons, Antique Cities of Ephesus, Pamukkale, Hierapolis, blue voyage, Turkish breakfast, Turkish tea glass, Turkish coffee. I combined all these with illustration,” said Burns.

She had been living in Turkey for 12 years, and drawing historical and cultural components unique to the country excited her very much, said Burns and stated that Aegean Region and Izmir were a paradise. Burns said that the Mediterranean type of climate offered ideal conditions for planting flowers and trees, and fruit trees and its flowers inspired her illustrations as well. She stated that 36 of her artwork would be exhibited. “As a foreigner living in this country for many years, I am confident to say I know which cultural components tourist would find different here when compared to their cultures. I had a firsthand experience of many things here. I hand draw all my illustrations. Then I color them on the computer. I love expressing Turkey,” said Burns. 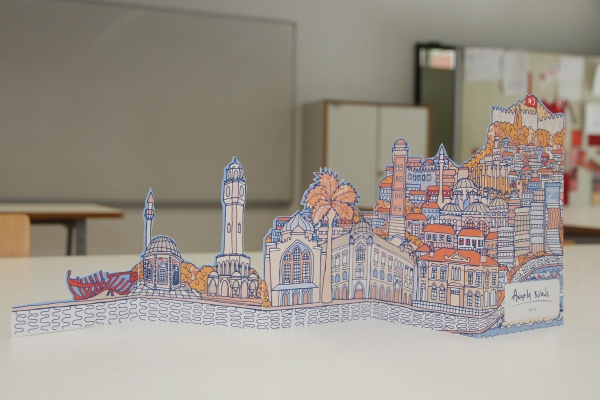