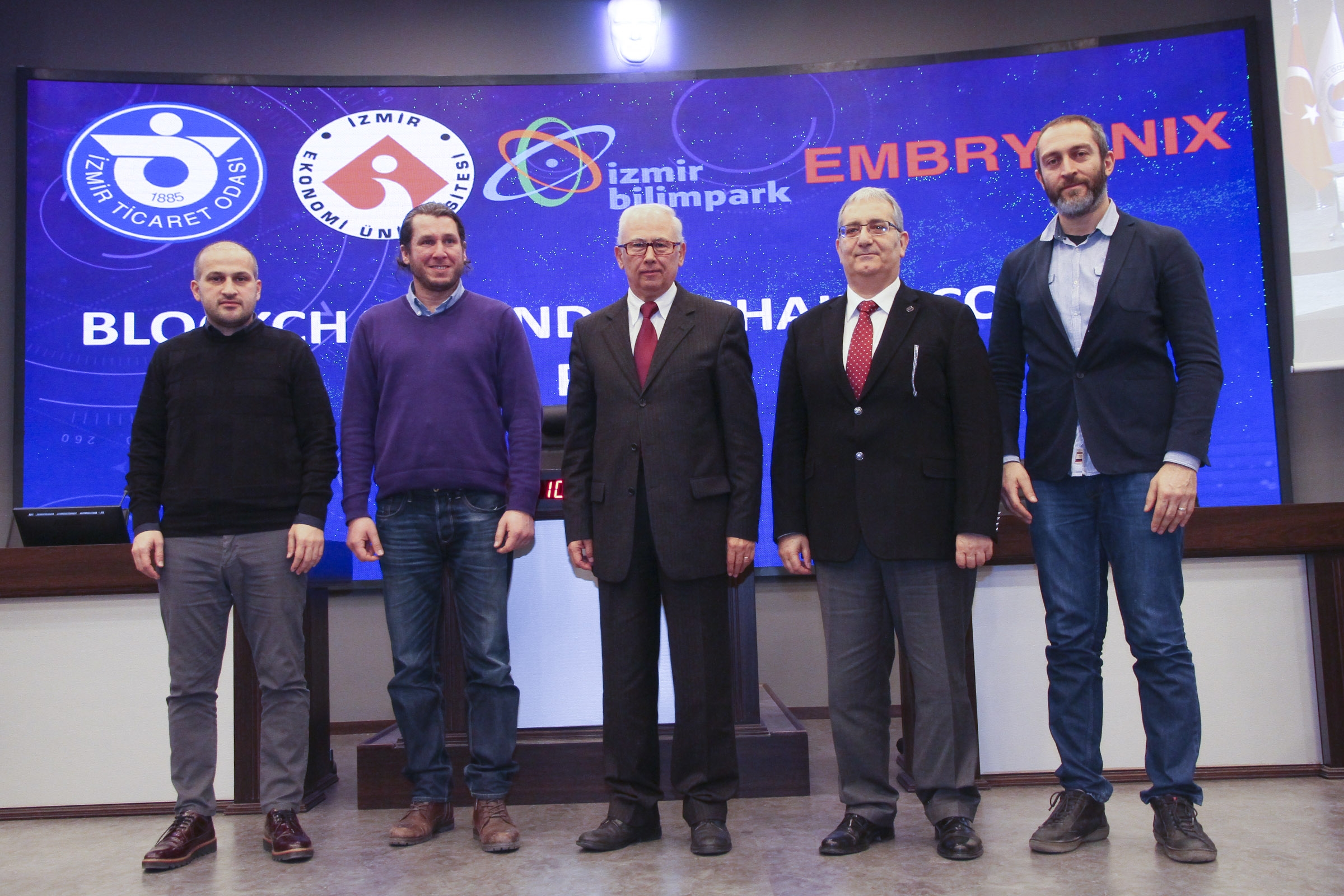 The experts discussed the blockchain system, a digitized, decentralized, public ledger of bitcoin and all other cryptocurrency transactions, in Izmir. The “Blockchain and Unchain Economy” titled conference, which was moderated by Prof. Dr. Murat Aşkar, Vice Rector of Izmir University of Economics (IUE), took place at Izmir Chamber of Commerce.  Prof. Dr. Coşkun Küçüközmen, Lecturer, IUE Faculty of Business, Gökhan Seçkin, CEO, Kimlic, İlker Oğuz, CMO, Kimlic & Blokzincir, and Kadir Kurtuluş Vice Chairman, Blasea (Blockchain Association of Eurasia) attended the conference, which was co-organized by IUE Technology Transfer Office, IUE Embryonix Teknoloji A.Ş, IUE Izmir Sciencepark, and Izmir Chamber of Commerce. The experts pointed out that blockchain, which is based on the principle of validation of money flow from multiple sources at the same time, was a new concept in Turkey although a growing digital identity emerged worldwide.

Prof. Dr. Coşkun Küçüközmen stated that the blockchain process needed to be understood thoroughly. Küçüközmen said, “This profitable process involves serious investment risks. And the biggest risk is to enter this business without understanding it completely. There is a high possibility of loss of money and time. You need to be technologically literate, even if it is a beginner level, and be familiar with terminology and concepts of the world of internet that constantly updates, in order to understand this process. Companies and banks in particular, are very successful in adapting to, and using new technologies. However, many of the organizations, institutions are facing the possibility of being excluded due to blockchain footsteps and speed of technology. This very reality already caused many banks to take action”.

Kimlic CEO Gökhan Seçkin reported that Turkey was at the beginning stage in this process, and a new technique, rather than a new technology, was more important in blockchain process. Seçkin said, “Blockchain’s philosophy is based on digitized, decentralized structure by allowing direct transfer of digital values among parties first-hand.”

Blasea Vice Chairman Kadir Kurtuluş pointed that blockchain was a database accessible by everyone with a permit, and that it was promising new horizons for identity and validation processes, especially for banking transactions. Kurtuluş, who stated that financial freedom was gradually increasing, said, “Blockchain allows you to keep a record of everything you can think of. Nobody can stand against a consumer-friendly idea. We need to bring this technology in our country immediately. We may be able to take our place among the leading countries using this technology”.

Kimlic & Blokzincir Founder İlker Oğuz reported that there was a shift from reserve-based economy to transaction-based economy. 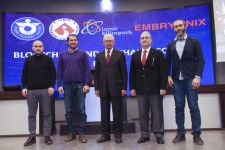