ADVICES BY OZINCE FOR THE DIGITAL ERA 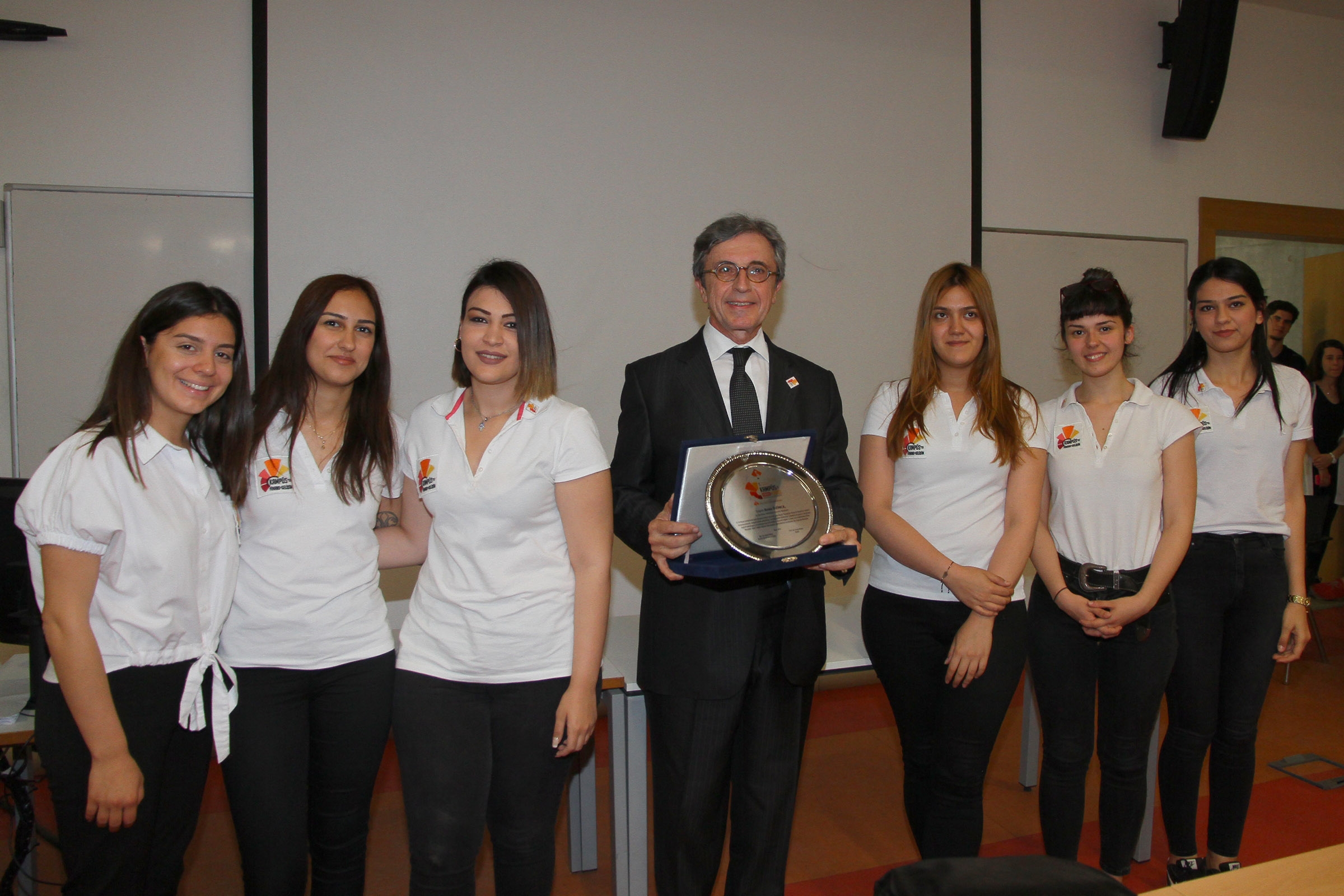 Ersin Özince, Chairman of Board of Directors, İşbank, talked about the digital transformation of the banking industry and reported that 88% of banking procedures took place at a digital environment. Özince adviced students to learn foreign languages and programming languages. Özince, invited by Faculty of Business, Izmir University of Economics (IUE), participated in the “Banking in Digital Era: Where Does İş Bank Stand?” titled chat.

Özince, who asked the students to appreciate being an individual, said, “We were raised as citizens. Our elders were servants, figuratively speaking. Having a right to elect and be elected at age 18 was unthinkable.  We are not going to create your future, only you can do that. Take care of yourself. Take care of your mental health. Fight against anything that ruins your mental health. Act upon correct information from reliable sources as much as possible. If you have an opinion about anything without knowledge, you can be sure that it is purely emotional. Use objective criteria, elaborate as if you are buying a mobile phone, with everything”.

They were faced with a brand new world, and the youth would steer Turkey towards wherever they wanted, stated Özince and he said, “We did not do good. I wish you would do better than we did. We thought that Turkey could become a very independent, liberal financial center. We thought that today’s political movement would pave the way for this with its practical approach; however, it was not allowed. It eventually turned into a real estate project in Istanbul. It might become a very nice financial center, a technology center”.

‘Turkish customers are very dynamic when it comes to banking’

Being contemporary would benefit everyone, said Özince and he asked the youth not to drown in despair. He believed that level of consciousness of countries such as Turkey was above the world average, said Özince. He indicated that İş Bank was the founder of the entire banking system in Turkey, Central Bank included. Youth would remain contemporary by following science and wisdom. The internet age came with lots of benefits and dangers, and today’s youth did not use phones for communication purposes only, said Özince and he stated the following:

“İş Bank and many other banks are in similar situation. 88% of banking procedures take place electronically, either on internet or on smart phones. And that’s all your doing, not İş Bank’s. The customer is so dynamic that Turkish banking had to bring in many technologies. You need to be able to use the future banking, trade, structure of Turkey as a producer, not as a consumer, so that you can succeed. You must absolutely learn English; have at least an opinion about a simple coding.”

“Star of the Profession; Özince”

Students of IUE Vocational School presented Özince “Star of the Profession Award” in honor of “The Campus of Finance and Development” titled series of conferences. Özince stated that he accepted the award on behalf of Mustafa Kemal Atatürk, Celal Bayar, founders of İş Bank, and all of its employees.