SHINING STARS OF IZMIR IN CHINA 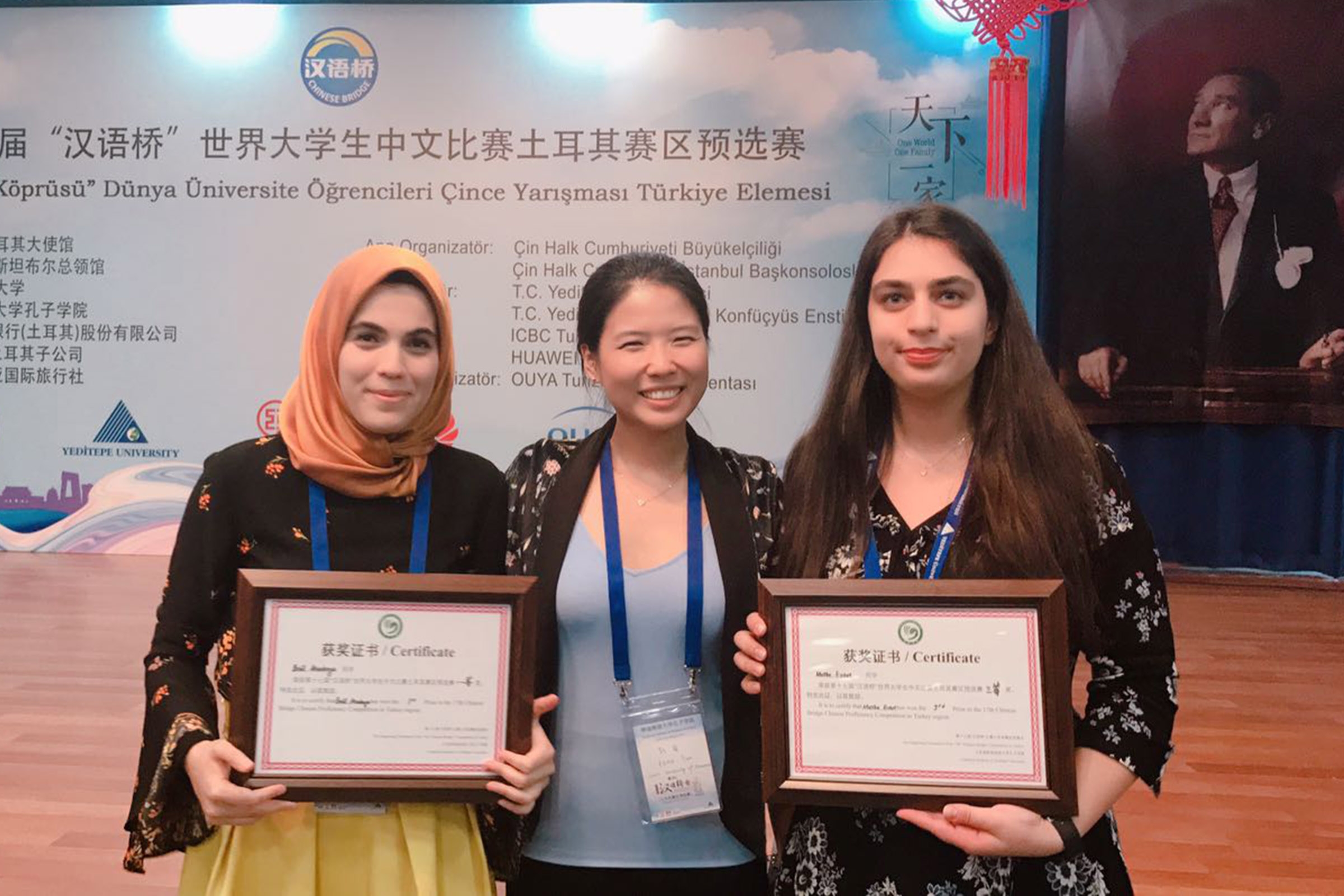 Second foreign language instruction at Izmir University of Economics (IUE), where medium of instruction is English, is shaping the life of students. Betül Akçakaya, a senior at IUE Department of Translation and Interpretation, who is taking Chinese as a second foreign language, came in first place at the Turkey elimination for the 17th  "Chinese Bridge" Chinese Proficiency Competition for International University Students.

As Akçakaya came in first, Melike Evtut, student at IUE Faculty of Business, came in third place at the competition co-held by Embassy of the People's Republic of China in Ankara and Consulate General of China in Istanbul, and Yeditepe University. 52 students studying Chinese at universities and 4 Confucius Institutes located in Turkey attended the Turkey leg of the competition. Akçakaya will be representing Turkey in Beijing, China in July. Akçakaya will be receiving Chinese education for one year.

Akçakaya, who indicated that she loved Chinese culture and enjoyed watching Chinese series, said, “Second foreign language instruction is very important at my university. I chose Chinese because I adore Chinese culture and TV series. I have been studying Chinese for 4 years. My real profession is translation, interpretation; however, I want to translate Chinese series into Turkish. I also love traditional Chinese art. I hope to open an exhibition one day. I prepared for this competition with Yuan Peng, instructor at IUE Preparatory and Undergraduate/Associate English Programs. The competition has three stages. I wrote an article expressing my love and interest in China, and talked about the things I want to do in China. I also drew an example of traditional Chinese art. I love Chinese very much. I will shape my career based on that”.

Instructor Yuan Peng reported that Chinese has been taught at the University 4 hours a week as a second foreign language, and students showed great interest and success in the language. Peng stated that they did not only teach language but shared culture as well. She said, “Our students love Chinese, sharing the Chinese culture with them makes teaching more enjoyable and successful”. 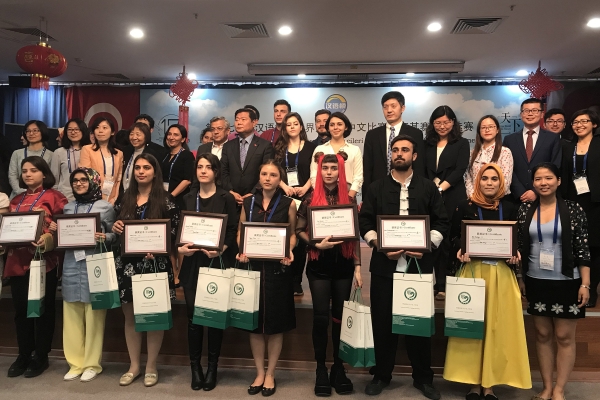