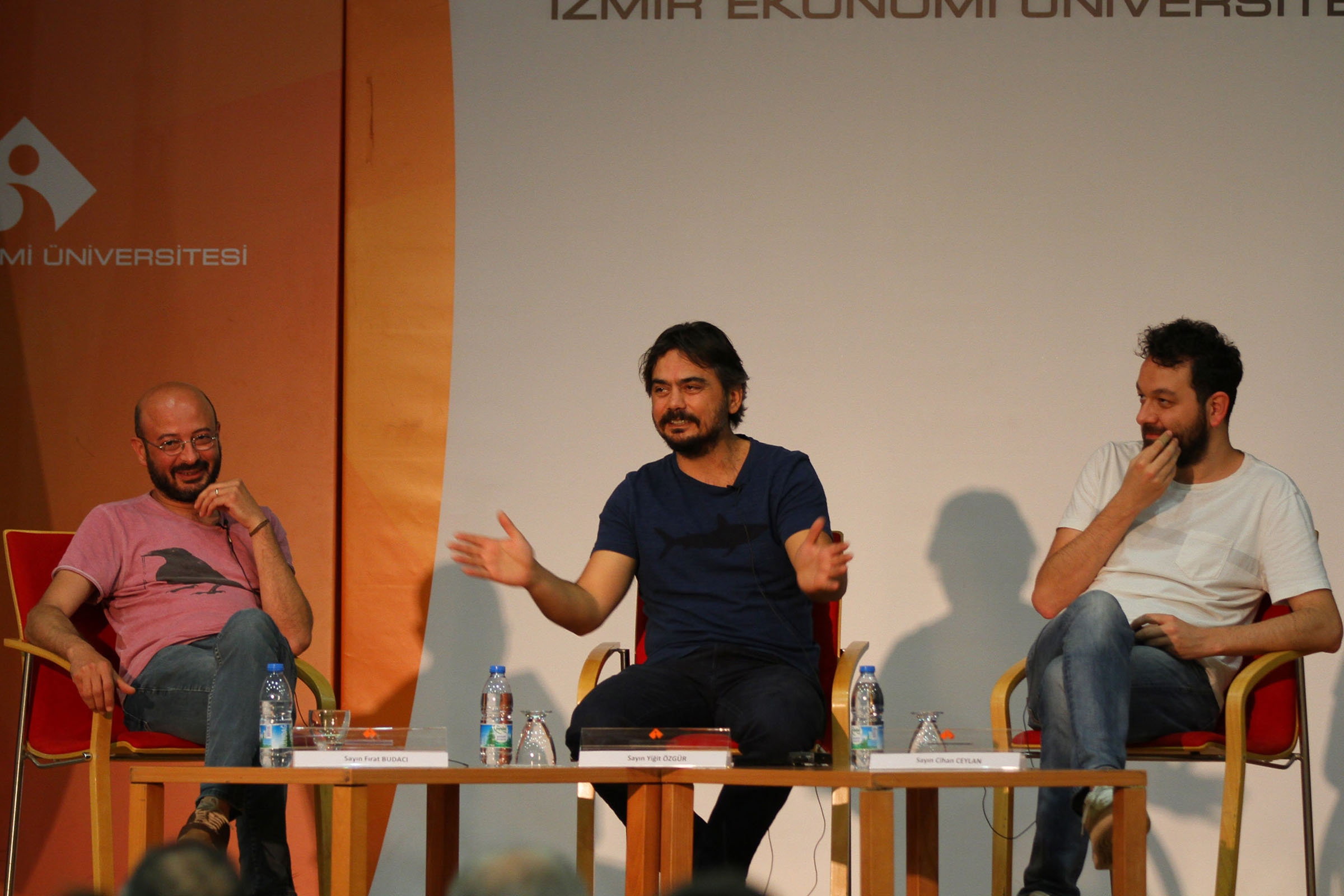 Yiğit Özgür, Cihan Ceylan, Fırat Budacı, cartoonists of the famous humor magazine, Uykusuz, met with students as part of the Spring Events of Izmir University of Economics (IUE). “IUE Best of Year '18 Uykusuz’ Humor Magazine” titled event took place at the Conference Hall. The cartoonists, who chatted with the students, stated that humor magazines were experiencing economic hardship; however, they would continue to publish their magazine.

Yiğit Özgür reported that Uykusuz Magazine did not collect any ads, tried to survive via sales only. “We will continue to publish our magazine to the best of our ability. We have been drawing for this magazine for 11 years. We focus more on the magazine and magazine publishing. I have never participated in a script or any other project so far. Maybe, I can, after we are finished with the magazine,” said Özgür.

Özgür, who stated that they adored drawing, which did not require office hours, said, “Since it is a periodical, publishing time arrives quickly. There is a strange sense of responsibility. You need to have a strong memory in order to avoid repetitions. Characters are alive as long as the cartoonist draws them. Trying to break the routine is what I am after. The real reason why our characters are admired so much is the fact that people are able to identify with them easily. They see samples of their lives”.

Fırat Budacı, on the other hand, said that he was always observing and researching, and he used those in the magazine. Budacı said, “I get inspired by whatever I see, I hear. I start writing down after long hours of research. I do not use the recollection exactly”.