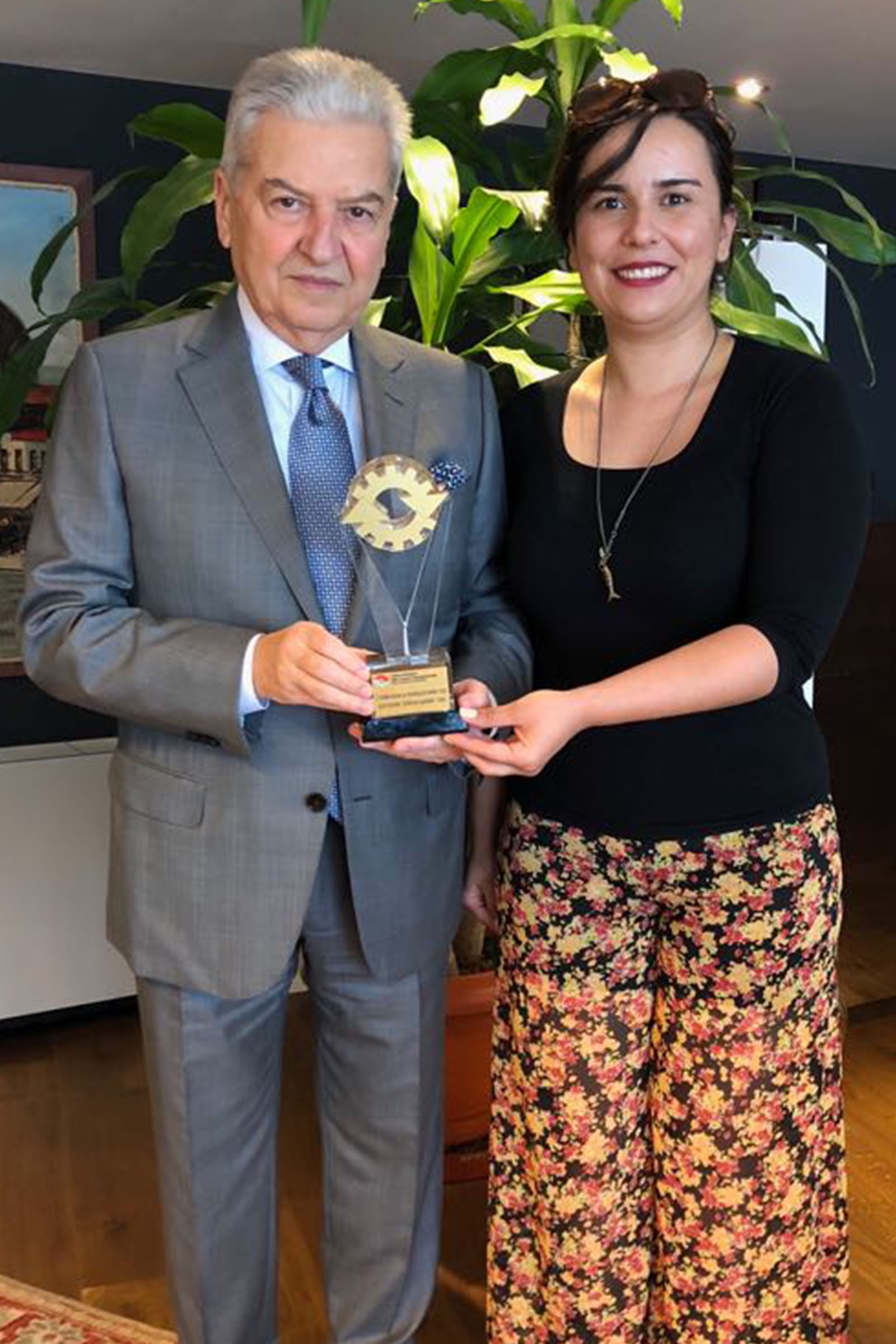 Izmir Sciencepark, which was established under the leadership of Izmir University of Economics (IUE), Izmir Chamber of Commerce, and ITOB Organized Industrial Zone, returned with an award from the competition it attended for the first time. The competition was held within the scope of the “6th Technology Development Zones Summit” organized in Bilkent Hotel, Ankara. Prof. Dr. Can Muğan, Coordinator of IUE Project Development and Technology Transfer Office, and Dr. Özge Buyurgan, Director of Izmir Sciencepark, received the award together that was presented by Undersecretary Dr. Veysel Yayan, Ministry of Science, Industry and Technology.

Ekrem Demirtaş, President of IUE Board of Trustees, stated that after its establishment in 2015, Izmir Sciencepark worked hard to become the center of science production of Izmir and Turkey. The President said, “We proved we are approaching the goal of becoming a base for science production step-by-step with the award we received at the 6th Technology Development Zones Summit. We are trying to establish a strong entrepreneur-investor-industrialist network. Our goal is to turn Izmir Sciencepark into a techno park where high added value products are developed in R&D, innovation, and design. With this purpose, we offer help and support to creative initiatives of the young people. We hope to reverse the brain drain. We establish the infrastructure and communication channels that will ease the presenting of the products and software developed in our region at international markets.”

IUE Rector, Prof. Dr. Can Muğan pointed that the University attended the Technology Development Zones competition for the first time. The Rector said, “We have accomplished great achievements in a short time with Izmir Sciencepark. Izmir Sciencepark received the award it deserves in this competition. I would like to extend my gratitude to all teammates in receiving this award. We will be competing for first prize in the next competition.” 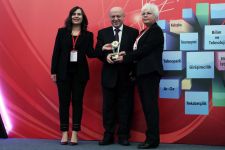