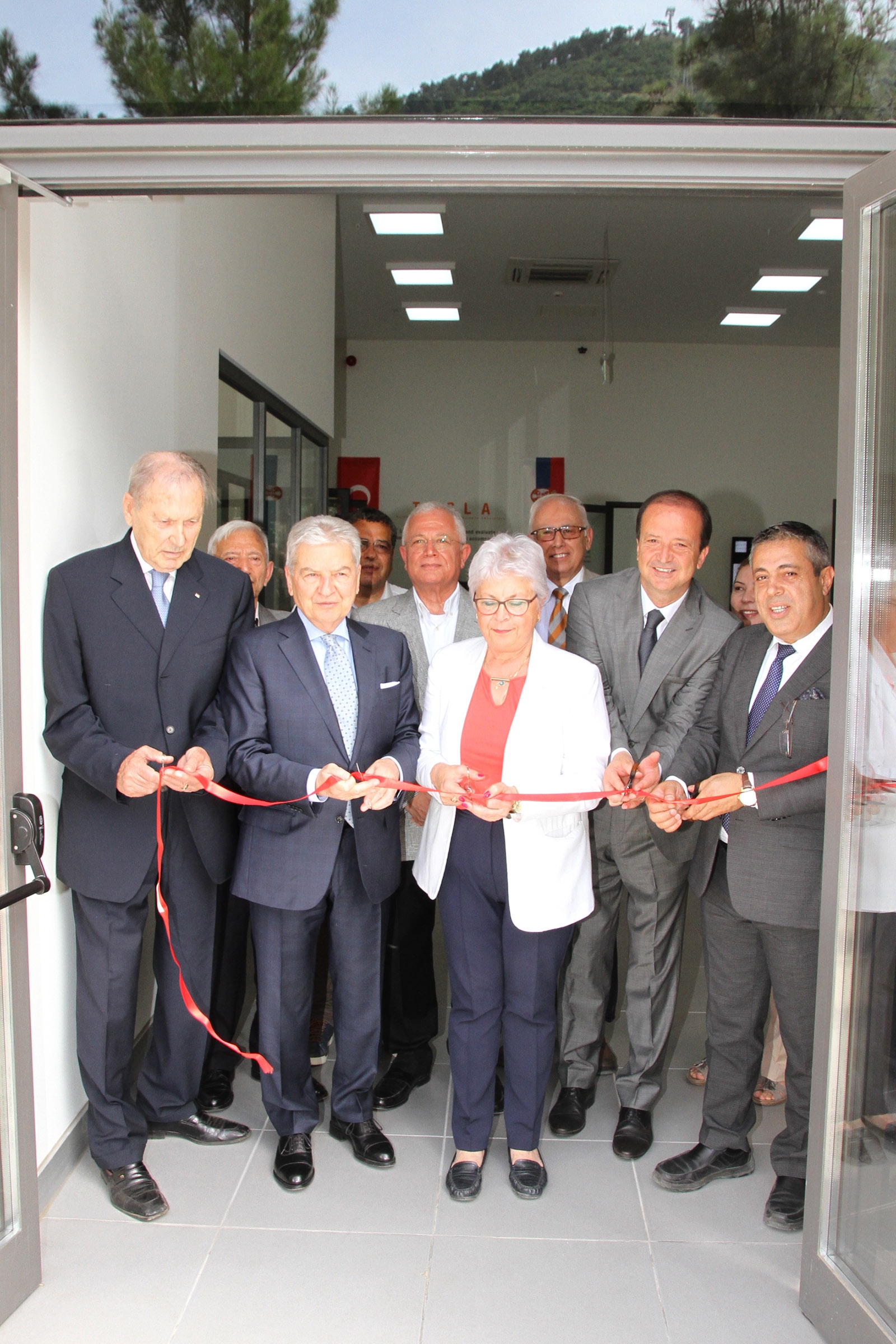 Students of Faculty of Engineering, Izmir University of Economics (IUE) will be involved in inventions. The new laboratory facility including 13 different units such as Industry 4.0, Aerospace, Electrical and Electronics, Biomedical, Drawing and Design, Computer Games Design, Molecular Research, Cell and Tissue Culture, Biotechnology, Robotics and Mechanics, Cloud and Advanced Simulation, Computer Laboratory, and Clean Room opened for research and innovation at Izmir University of Economics.

President Ekrem Demirtaş asked the students to make inventions as he said, “This new lab facility is at your service now. We named the building TESLA without giving a second thought. TESLA is an inventor, a physicist, and an electro-physics specialist. He holds over 250 patents. He is known for his many experiments and inventions. This $5 million lab was established so you can come up with inventions and get patents. The University administration allocated this fund to allow you to conduct your research and studies here conveniently. We want you to make inventions”.

“We invested approximately $3 million. If we take the cns machines and welding machines in the previous lab into consideration, we made an investment of $ 5 million in total. That is to say, we spent money so that our students can come up with inventions. That is what we expect from them. Lately, there is a rumor going around that Izmir Chamber of Commerce provided funds for this University therefore, it belongs to the Chamber of Commerce. Izmir Chamber of Commerce provided $4 million 150 thousand. How much did these labs cost? They cost $5 million.  I do not mean to underestimate, but of course, the University would not be like this without the strong support of Izmir Chamber of Commerce. We appreciate the Chamber’s support; however, this is the result of using the funds appropriately. I wanted to clarify this as well. I would like to extend my gratitude to each and every one of you in setting up this laboratory, but I will show my real appreciation when you receive the first patent”.

Metin Akdurak, Honorary Consul of the Republic of Serbia in Izmir, and Vice President of IUE Board of Trustees, said, “I believe that students who will be trained and educated here, enlightened here, and lecturers will be engaged in developing projects that will advance the country further”.

Prof. Dr. Yaşar Güneri Şahin, Dean of IUE Faculty of Engineering, reported that the facility was built on a one-thousand 264 square meters area and it accommodated 13 labs. “Our labs are equipped with professional equipment. The specifically designed areas allow lecturers and research assistants to administer and research at all times,” said Prof. Dr. Yaşar Güneri Şahin. 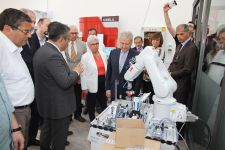