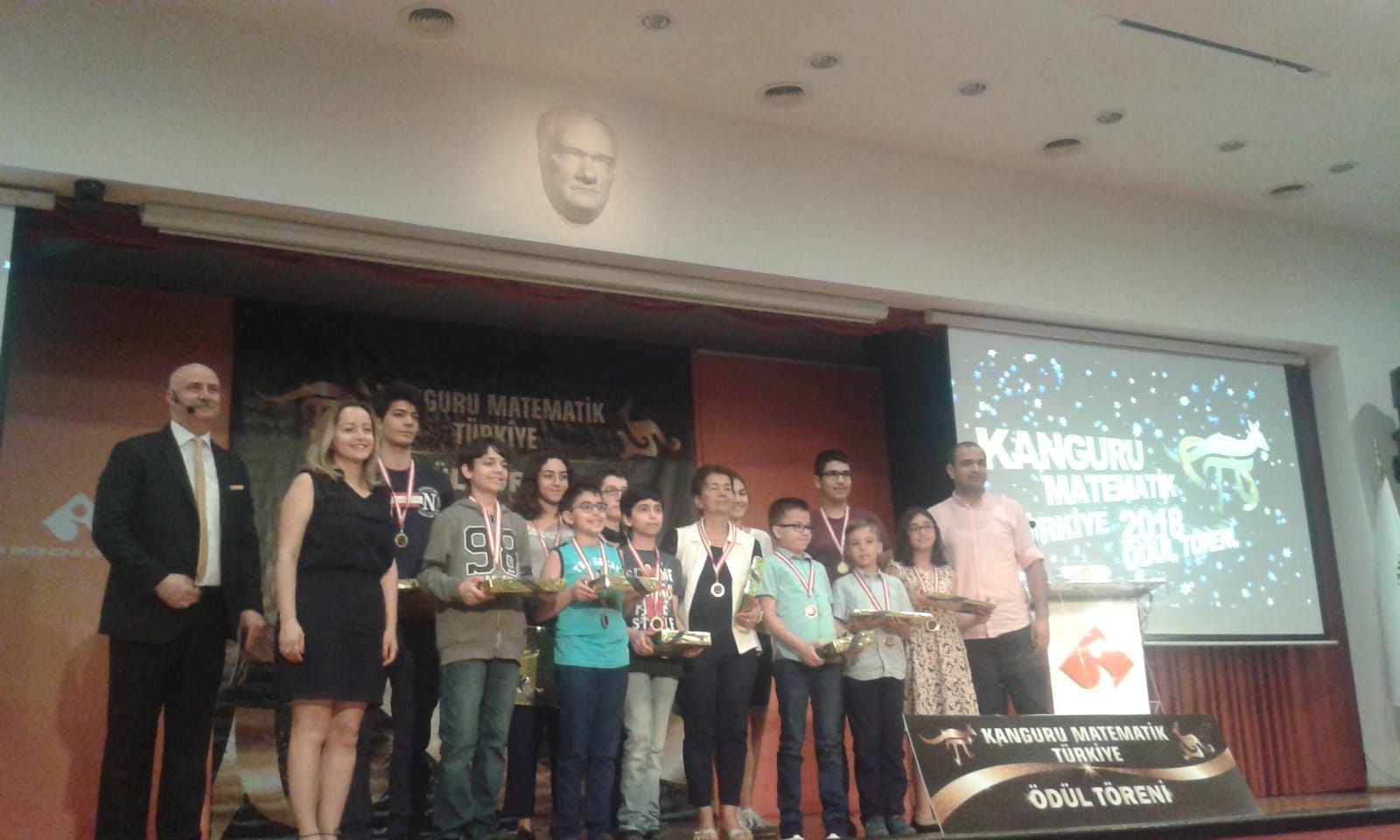 Students, who sucecssfully passed the “Kangaroo Math Contest” organized by the Advisory Board of Kangaroo Mathematics Turkey, received their awards at a ceremony held at Izmir University of Economics (IUE). The International Kangaroo Mathematics Contest originated in France in 1991 and quickly became very popular with students all over the globe. Several years later the International Association “Kangourou Sans Frontières” was founded, which is now responsible for organizing the world-wide event  to promote mathematical thinking and stimulate an interest in math.

This year, over 6.5 million students from 80 countries took part in the contest world-wide. Over 50 thosuand students from 66 cities in Turkey ranging from 3rd to 12th grades attended the contest and tested their math skills. The top 10 students from each grade level, their parents, and teachers were invited to the award ceremony. Students received medals, plaques, certificates of appreciation as well as tablets and various games at the Kangaroo Mathematics Turkey Award Ceremony. Also, students, who qualified to attend the kangaroo mathematics summer camps in Poland, France, and Turkey, the Southeast Asian Mathematical Olympiad – Thailand, and the Nesin Mathematics Village, were announced.