GRADUATES OF IZMIR UNIVERSITY OF ECONOMICS ENTERED THE BUSINESS WORLD 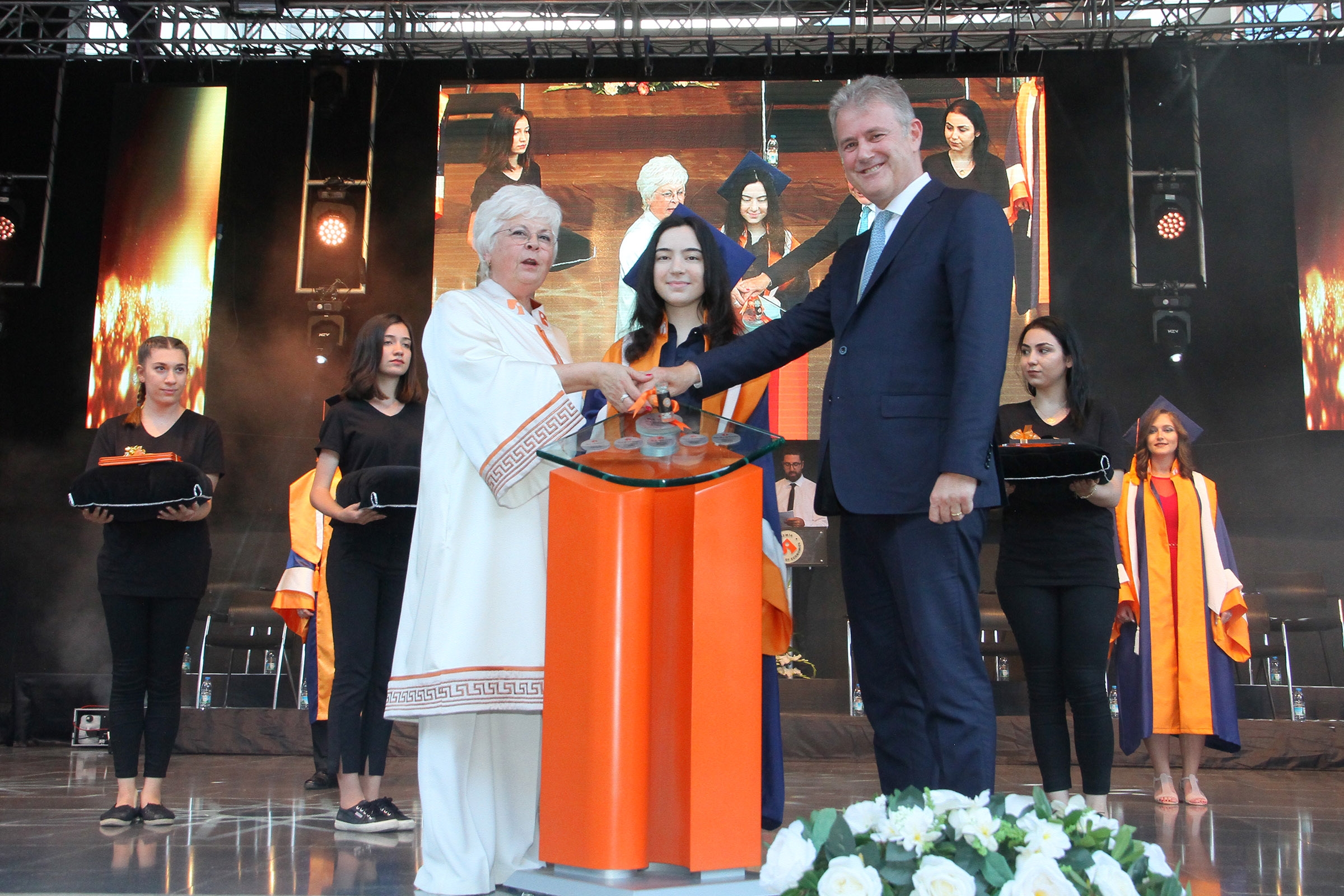 2018 graduates of Izmir University of Economics (IUE) entered the business world. One thousand 495 students, who have completed the 2017 – 2018 Academic Year successfully, were awarded their diplomas at the ceremony that took place at IUE Amphitheatre. At the end of the ceremony, the graduates proudly threw their caps into the air as they sang the 10th Year March.

İrem Bilen, top student of the University who graduated from Department of Business, attached a star on the commemorative symbolic log with Mahmut Özgener, Chairman of the Executive Board of Izmir Chamber of Commerce, and President of the Executive Board of Education and Health Foundation of Izmir Chamber of Commerce, and IUE Rector Prof. Dr. Can Muğan at the ceremony. Simge Güçlükol (top student of Department of Industrial Engineering) and Sertaç Kılıçkaya (top student of Department of Electrical and Electronics Engineering), respectively the second highest and third highest ranking students, were also presented their diplomas and plaques by Özgener and Prof. Dr. Muğan.

Graduates of Faculty of Engineering, Faculty of Communication, Faculty of law, and Faculty of Health Sciences also received their diplomas at the ceremony as the families proudly watched their children on stage.

In his speech, Chairman Mahmut Özgener stated that they had high expectations for the graduates. The Chairman said, “Izmir University of Economics has reached certain educational standards. The teaching staff, newly opened programs, the quality of education has come close to the desired level. We are currently working on our plans, revising our strategies to further improve the University on these levels, and to carry the University forward. The main area Izmir University of Economics needs to improve and develop, and to become an example to other universities, is its communication with you. You are the future of this country, and we need to establish our future together”.

‘The École of Izmir University of Economics’

Chairman Özgener pointed that becoming an école in education was based on the synergy created with the graduates, and he asked the graduates to continue this unity, synergy they generated during their studentship after they graduate, and make Izmir University of Economics become an école.

IUE Rector Prof. Dr. Can Muğan stated that they were extremely proud of the graduates as they sent them off to business world. Engin Kıbrıslı, President of the IUE Alumni Association, stated that with the addition of 13 thousand 948 new graduates, they became more powerful. Kıbrıslı said that holding a diploma of Izmir University of Economics was the power to carry the country forward. 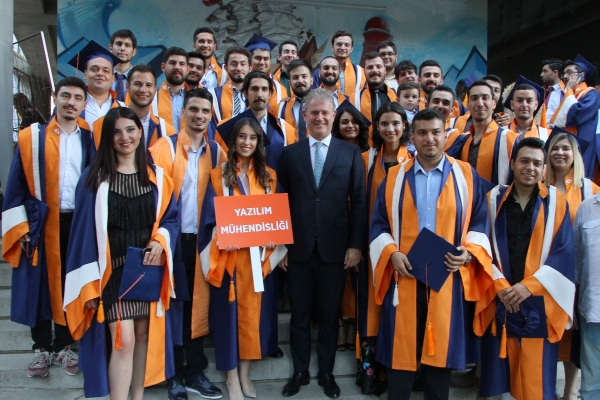