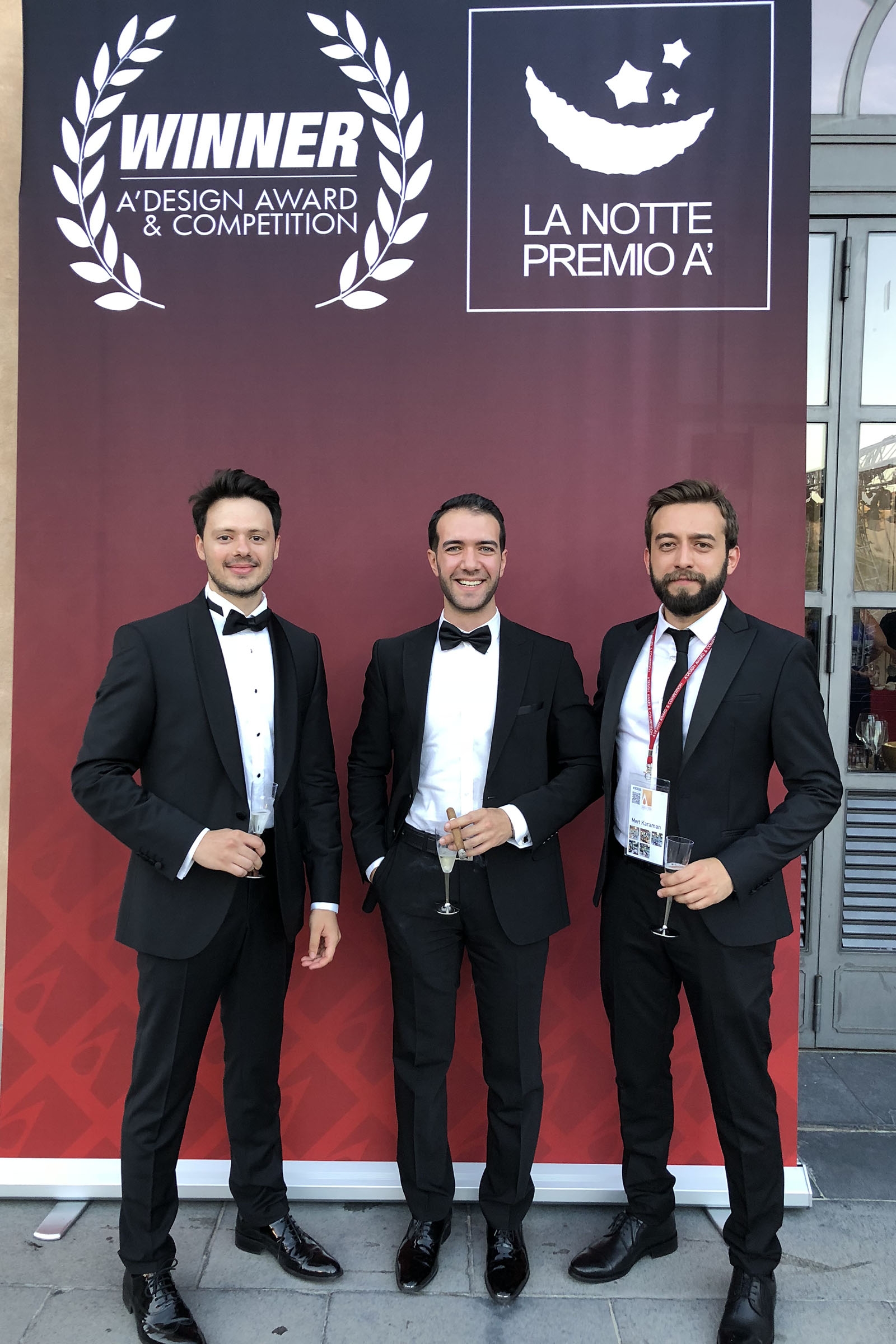 Graduates of Department of Industrial Design, Faculty of Arts and Design, Izmir University of Economics (IUE) returned from the 2018 A’Design Award and Competition with awards. A’Design Award and Competition is a design contest held in Italy where thousands of people apply from 80 countries across the world. İsmail Güneş Ötken, Graduate of IUE Department of Industrial Design (2015), has been granted the famed Silver A' Design Award for his Sound Amplifier Project “Petalis”. Mert Karaman, who graduated from the same department in 2016, has been granted the Bronze Award on behalf of Gravity Design and Consultancy firm.

In addition, last year, Mehmet Ergül who graduated in 2016, has been granted the Golden Award at the same competition for his exoskeletal exercise device. Graduates of Izmir University of Economics brought awards to Izmir once again.

İsmail Güneş Ötken, the creative mind behind the awarded project said, “Petalis is a decorative wall unit that also works as a sound amplifier. It is aimed to direct the sound, which is coming from the sound source such as TV’s, speakers. Under normal conditions, the effectiveness of the sound is lost because of the other interior elements. Petalis helps take advantage of the sound source capabilities more with the help of different angled leaf pieces. The project is driven by the idea of creating home sized theater after inspired by the acoustic mirrors. The sound experience amplifies with Petalis. I planned the audience to have better acoustic in theaters in 2017. My project, based on this idea, being awarded with an international Silver A' Design Award makes me very happy and proud.”