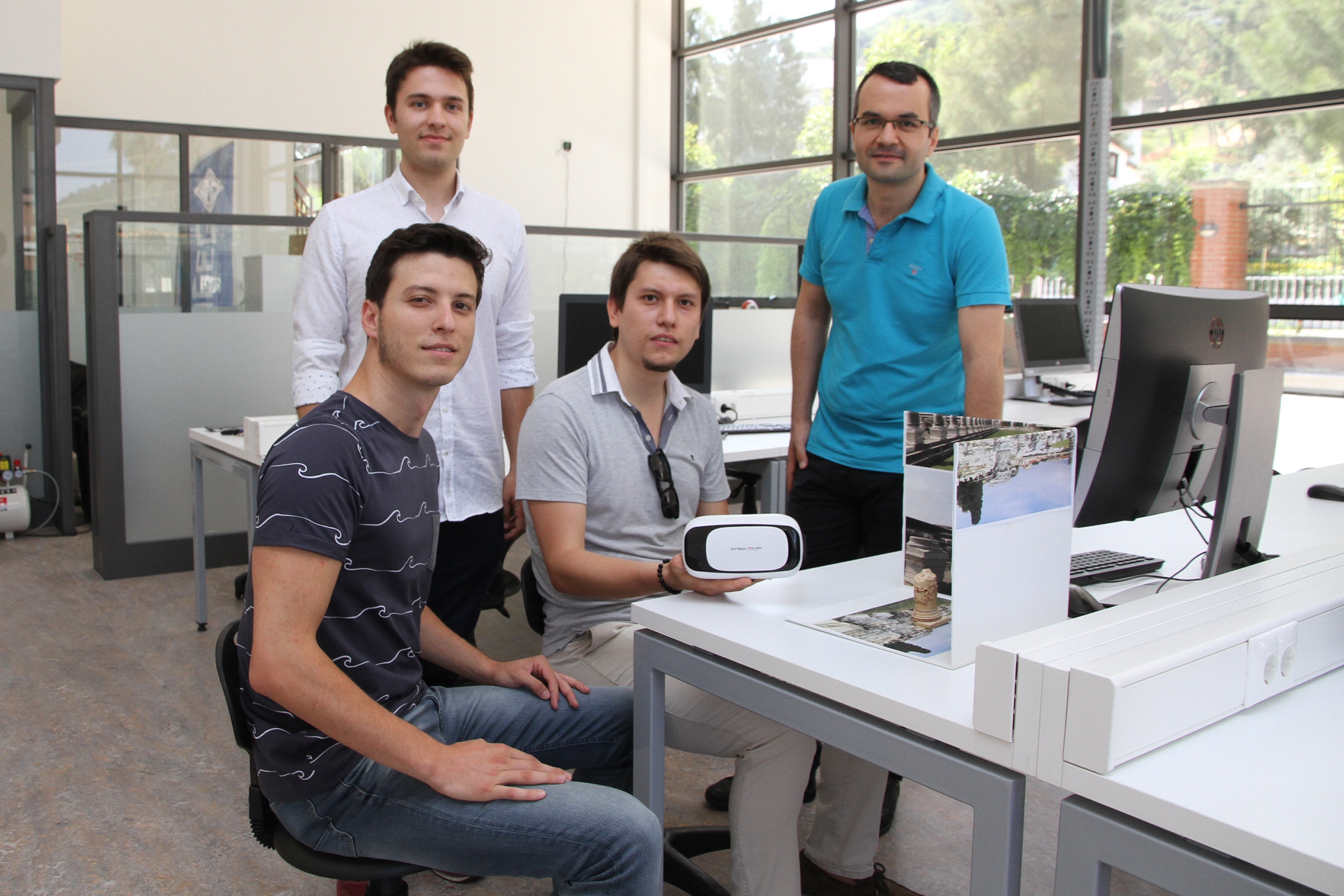 Ancient cities are coming back to life in 3 dimensional virtual models. Ruins of monuments and buildings emerging from the depths of history reach the spectacular look of their era in virtual models in the hands of engineers of Izmir University of Economics. Students Onur Kaya, Mert Ertekin and Graduate Emre Mutlu of Department of Computer Engineering, Izmir University of Economics (IUE), modelled the ancient city of Agora, Izmir under the supervision of Asst. Prof. Gazihan Alankuş. Interested parties will be able to view the ancient city with their smart phones and with 3D virtual reality glasses.

Graduate Emre Mutlu stated that with their, “Panoramic Virtual Tour Mobile Application for Historical Places” titled project; they aimed to attract more visitors to ancient cities in 3 dimensional models. Mutlu said, “Historical monuments and buildings that reach the present day are in ruins most of the time. Archeologists and historians are able to predict the state of these monuments and buildings before their demolishment. Under the light of this information, we are able to create 3 D models of ancient cities. We aimed to promote historical places by using 3D models through combining augmented reality and virtual reality technologies. This way, we hope to contribute to tourism economy of the country”.

Mutlu said that users were offered 3D models of the original states of historical places in two methods: on site and remotely. Mutlu stated the following:

“On-site method includes using augmented reality technology. By using their smart phones, people are able to see the partially ruined places in complete virtually. Users are able to see how the ruins used to be in the past interactively. Remote methods includes using virtual reality technology. It allows users to see the original site of the ancient city that was built thousands of years ago in a 3D model with the help of a virtual reality glasses.”