ENTREPRENEURSHIP FLAG AT IZMIR UNIVERSITY OF ECONOMICS FOR THE FOURTH TIME 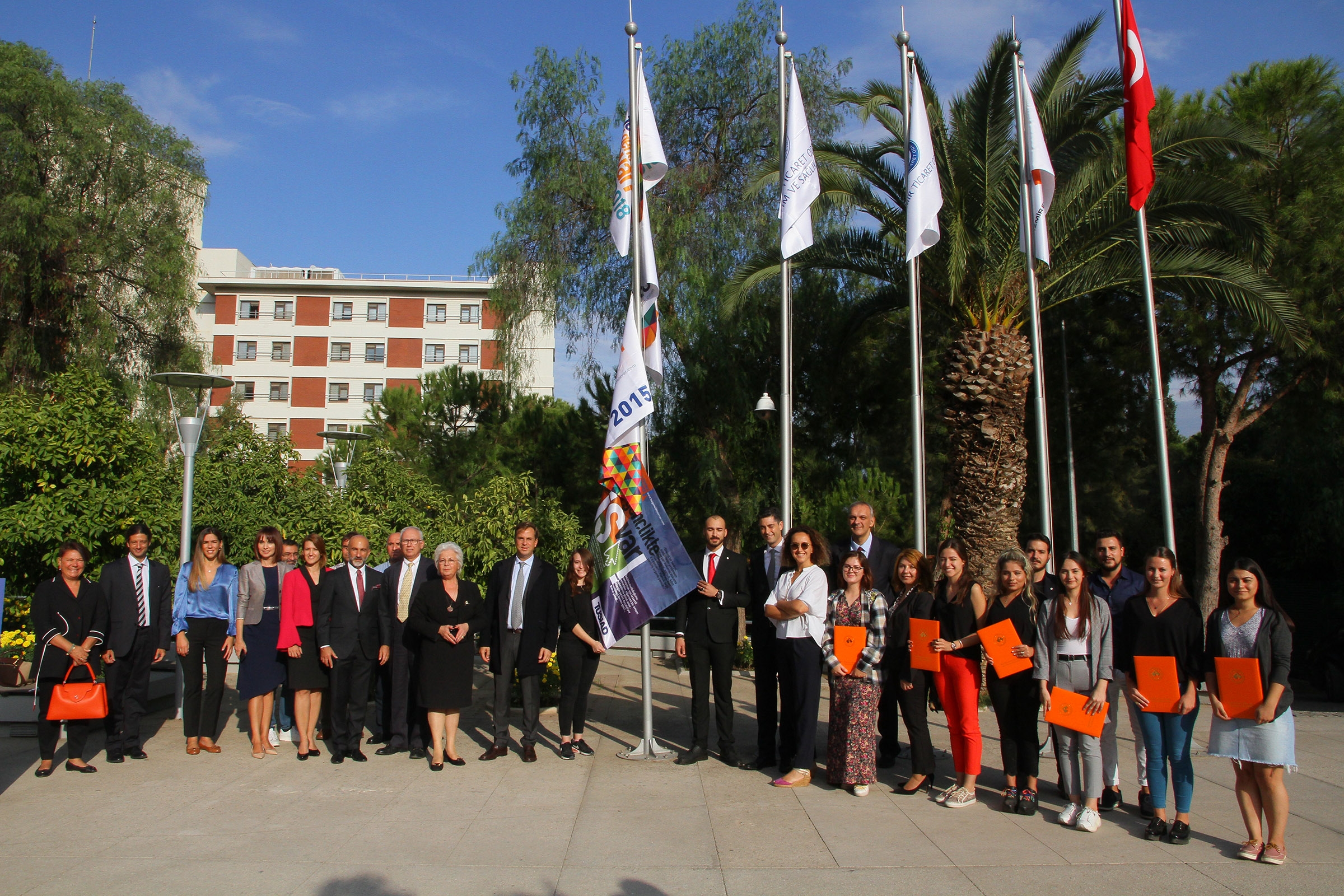 Izmir University of Economics (IUE) proves its leadership in education with its students’ entrepreneurial skills. The “Entrepreneurship Flag” has been raised up to the flagpole for the fourth time thanks to IUE students’ successful projects at the “Bu Gençlikte İş Var” titled competition organized by Turkish Industry and Business Association (TUSIAD).

This is the fourth Entrepreneurship Flag on Balçova Campus of Izmir University of Economics following the ones in 2013, 2015, and 2017 respectively.

‘Our mission is to support the youth’

President Özgener, who said that entrepreneurs who can improve the economy of the country and take part in global competitiveness are needed, stated the following:

“Izmir University of Economics need to participate in efforts to support these major breakthroughs and we will do that. It is the University’s mission to support today’s young and creative generations, who will carry the entrepreneurship flag. Entrepreneurship is a result of ambition, determination, dreaming, and motivation. Our biggest wish is for you to continue visioning.”

‘Entrepreneurship is a critical threshold for development’

Özyeğin said that they plan to turn the competition into an entrepreneurship project supported by an extensive training program, and open different doors to entrepreneurs, and that the support by Izmir University of Economics was very valuable.

İzel Levi Coşkun, Head of TUSIAD’s Bu Gençlikte İş Var Study Group, addressed the youth saying, “Do not ever underestimate your ideas. Each idea is valuable. Benefit from support programs.” IUE Rector, Prof. Dr. Can Muğan said that the competition enthused the students and aroused their curiosity. "When we look at the careers of the future, innovation, entrepreneurship, and creativity stand out. We need to think about the necessities, what else is out there, and what others did not accomplish,” said Prof. Dr. Muğan.

Following the speeches, President Özgener, Özyeğin, and Rector Prof. Dr. Muğan, presented certificates to students who entered the competition. The ceremony ended with the Entrepreneurship Flag being raised up to the flagpole. 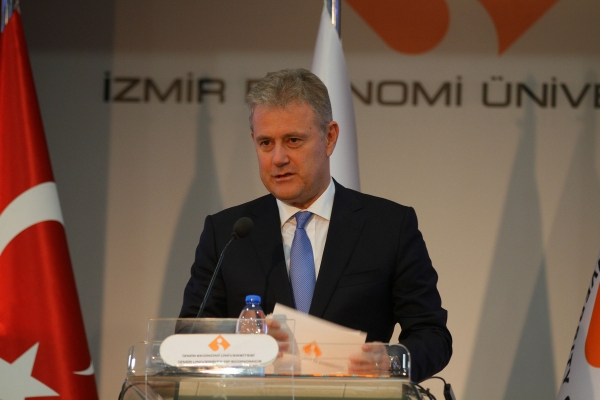