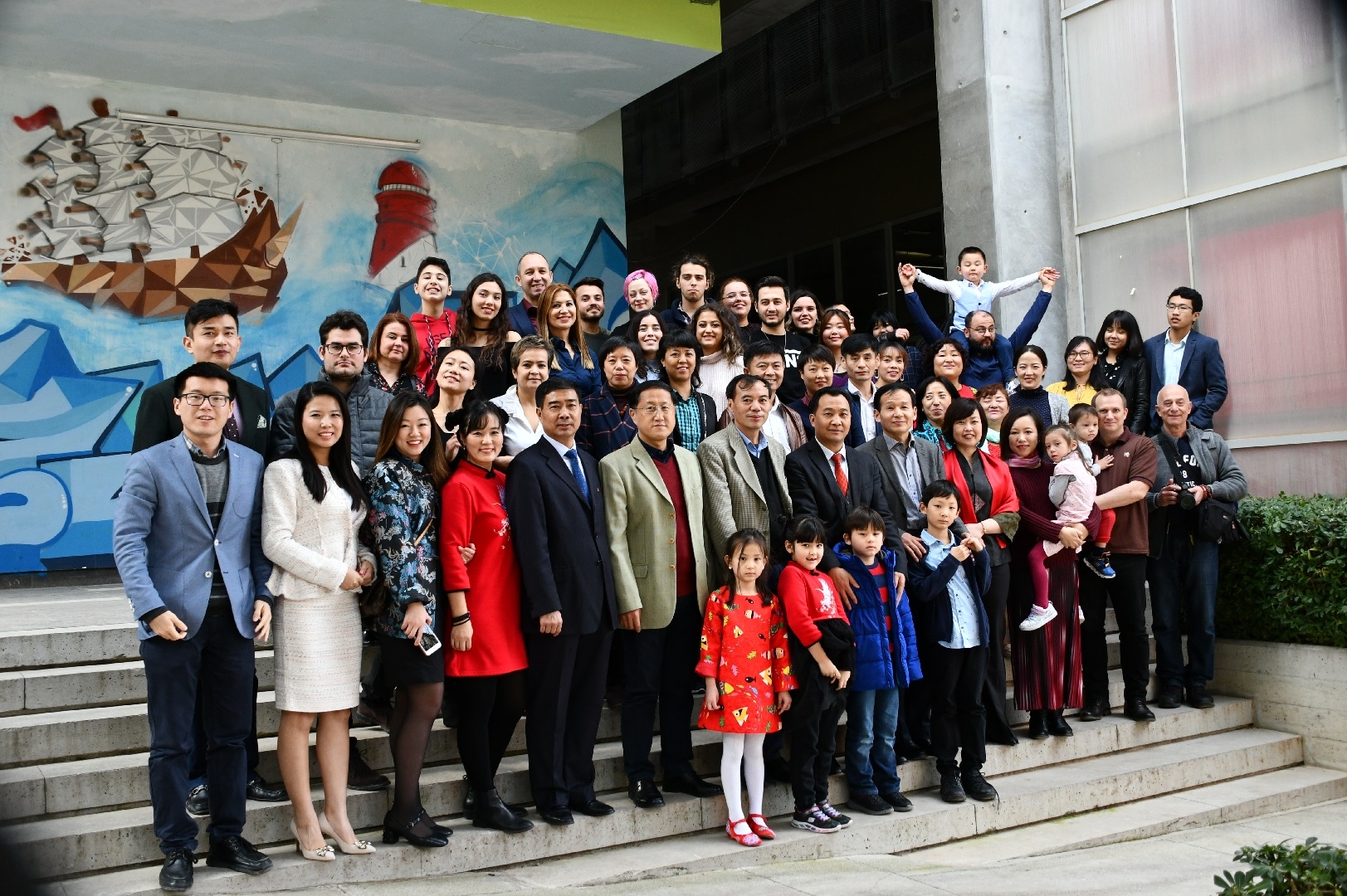 2019 Lunar New Year falls on February 5 on Chinese calendar, and 2019 is a Year of the Pig according to Chinese zodiac, which represents luck, overall good fortune, wealth, honesty, general prosperity. Year of the Pig is celebrated at an event co-held by IUE Chinese Culture Center and Izmir Association of Friendship and Solidarity with Chinese People at Izmir University of Economics (IUE). Among the attendees were IUE Vice Rector Prof. Dr. Çiğdem Kentmen Çin, Liu Zeng Xian, the Consul General of the People’s Republic of China in Izmir, Yağız Vang, President of Izmir Association of Friendship and Solidarity with Chinese People, and Donald Staub, Director of IUE School of Foreign Languages. Lecturer Yuan Peng, IEU’s Chinese Culture Center Coordinator, drew attention to the close ties between China and Turkey, and she said, “The University offers a variety of second foreign languages. Chinese is one of them. There are many potential projects, China and Turkey can carry out in collaboration, in today’s world. We are here to take the opportunities to work together and strengthen the cultural ties coming from the past.” The guests got a chance to experience delicious tastes of Chinese cuisine as they enjoyed the singing and dancing performances of IUE students who are studying Chinese as a second foreign language. Performances of IUE music group Grup Turuncu also mesmerized the audience.