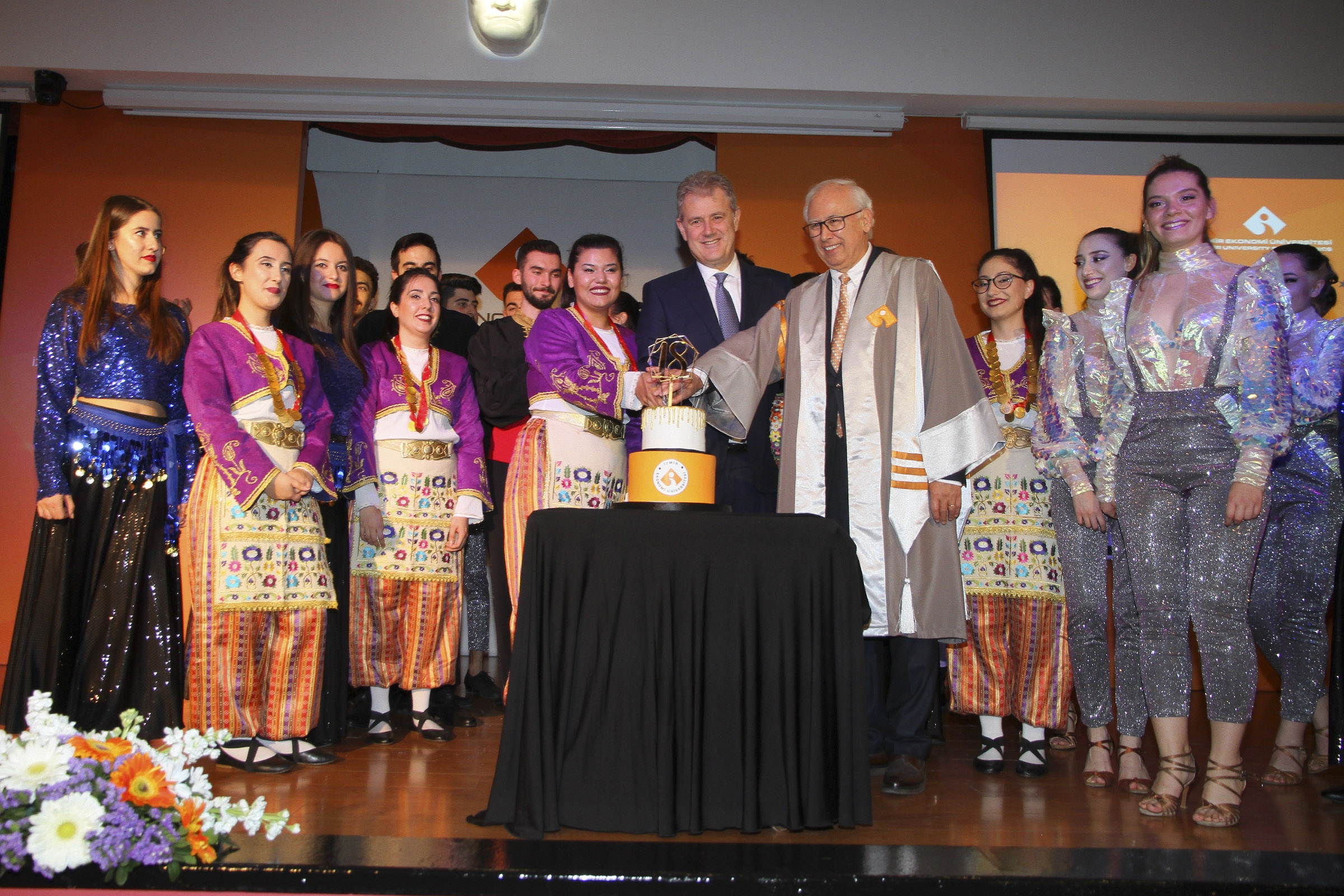 Izmir University of Economics (IUE) celebrated the 18th anniversary of its establishment with a ceremony held on Balçova Campus. Mahmut Özgener, President of IUE Board of Trustees, pointed that young people were their biggest reassurance in a rapidly changing world. President Özgener said, “Our school stays away from a classical education model and raises students who are interested in new world, new technologies, new media. We need new masterminds, approaches, thrills in today’s world where digital technologies change the fate of economics and trade especially. Young people are our biggest reassurance in a rapidly changing world. The more education, confidence, and opportunities we provide them, the quicker we can adapt to the new world.”

President Özgener, who remarked that they worked hard for the University to become an educational institution that is cherished by Izmir, Izmir Chamber of Commerce, and notables of the country, stated the following: “Izmir University of Economics, first of all, is a synergy project. It is so much different from competition-driven and finance-driven school projects emerging all across the country. Being a foundation university comes with significant advantages. We utterly reject the “making money only” approaches common in such universities. Izmir University of Economics is a project that creates value. Our success criteria should not only be our students and their future achievements, but the contributions we make to this country, the people of this country, and to the economy. We now offer continuous scholarships so that our students can do double major, minor, Erasmus, internship, and many more they dream of without the fear of losing fellowship. Uninterrupted scholarship, adopted by a few number of universities across the nation, is now available for students of Izmir University of Economics.”

‘Universities interact with the society’

IUE Acting Rector, Prof. Dr. Murat Aşkar mentioned that the requirements of the changing world bring forth universities the roles that anticipate coming to the fore in education and research. Prof. Dr. Murat Aşkar said, “Raising entrepreneurial graduates and people suitable to the extended life span are the new roles the universities need to undertake. Universities, undertaking new roles, would be in a different interaction with the society. As Izmir University of Economics, we are proud to fulfill these roles. Today, the University contributes to the education with 450 full-time and 325 part-time faculty members.  This journey of education we started with 304 students, continues with 9 thousand 680 students. Number of our graduates reached 14 thousand 479.”

Academic Appointment and Promotion Ceremony also took place as part of the ceremony. Rector, Prof. Dr. Aşkar and President Özgener awarded academic gowns and plaques to faculty members who were promoted and appointed. In addition, students and faculty members, who achieved many successes at various competitions, projects throughout the year, were given their certificate of appreciation plaques. IUE Folk Dance Club and Latin Dance Club mesmerized the audience with their performances. At the end of the performance, President of IUE Folk Dance Club presented an Efe helmet to President Özgener on behalf of Izmir Economics Community. President Özgener and Prof. Dr. Aşkar cut the cake for the 18th year, which was prepared by the Department of Culinary Arts and Management, together with the students. 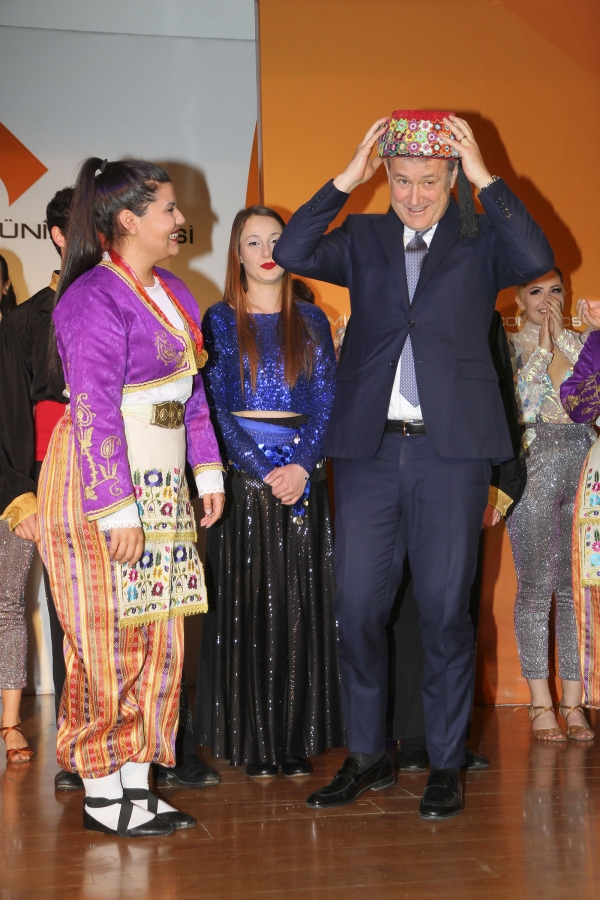 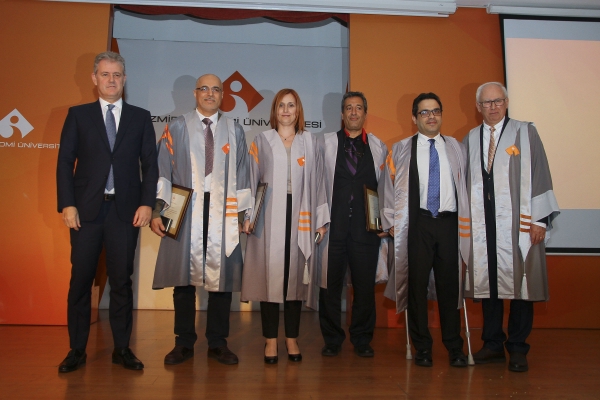