A global look at Izmir 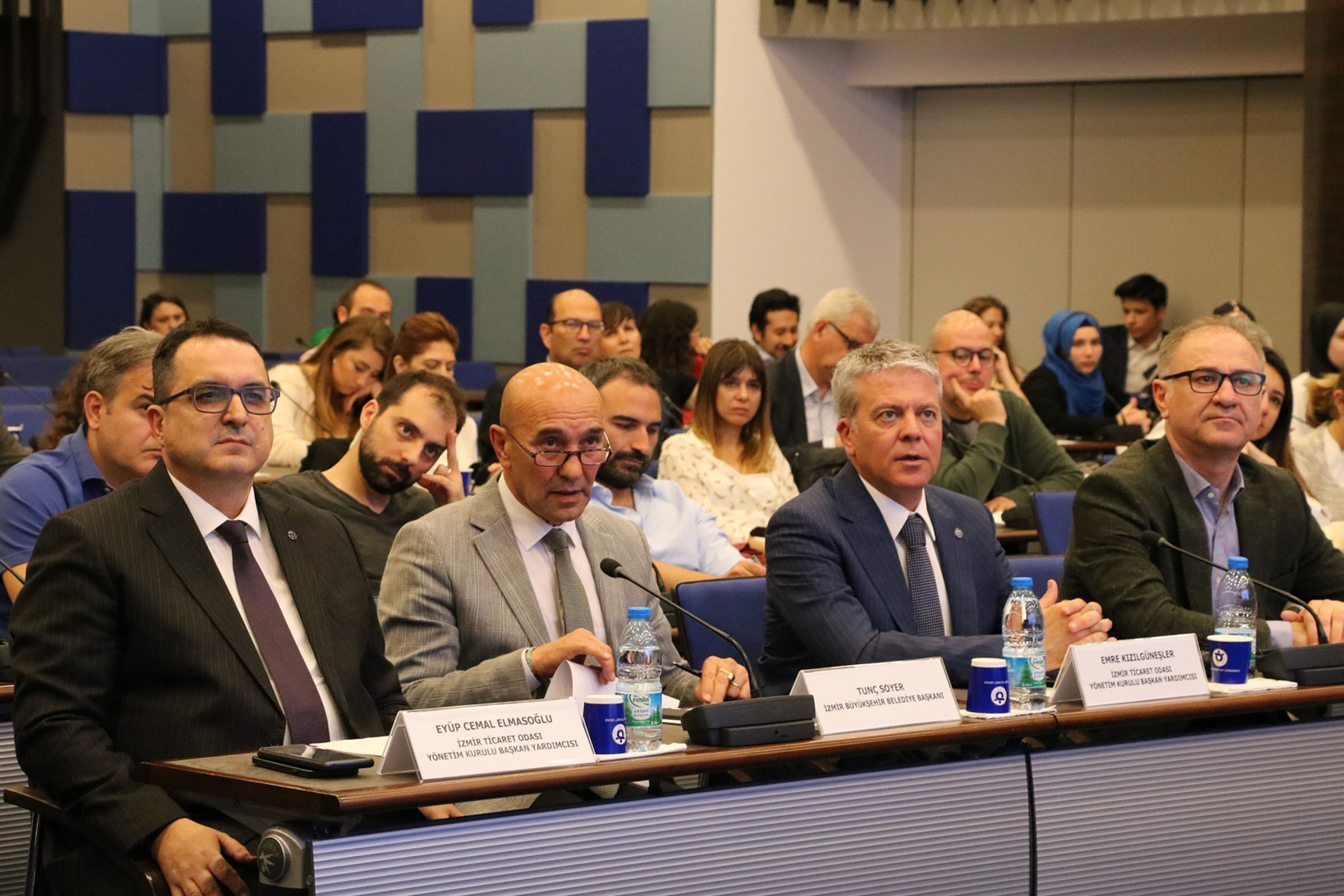 It has been emphasized that the ecosystems created by cities were larger than countries, and Izmir has every opportunity to become a global city. A “Global Urban Networks: The Case of Izmir” titled panel was held by the leadership of Izmir University of Economics (IUE), Faculty of Fine Arts and Design (FFAD), Department of Architecture, and by the contributions of Izmir Chamber of Commerce (IZTO), Marmara Municipalities Union (MBB). Mayor Tunç Soyer, Izmir Metropolitan Municipality, Cemal Elmasoğlu and Emre Kızılgüneşler, Vice Chairmen of Izmir Chamber of Commerce (IZTO), Dr. Cemil Arslan, Secretary General of Marmara Municipalities Union, Prof. Dr. Ender Yazgan Bulgun, Dean, IUE Faculty of Fine Arts and Design, and Assoc. Prof. Aslı Ceylan Öner, Head, IUE FFAD Department of Architecture, attended the panel.

Mayor Tunç Soyer stated that local solutions should be provided for global issues. The Mayor said, “Cities cannot be enemies to each other, they can only be partners of a collaboration, and serve as models to improve each other”.

Mayor Tunç Soyer, who indicated that global urban networks established new collaboration mechanisms with each passing day, said, “Global urban networks establish new situations and collaboration mechanisms with each passing day. The humanity started to see that global solution is not possible without local solution. It is very difficult to provide solutions to global issues without the contribution of the local. We took our first step towards the Mediterranean Cities Network. We sent a letter of intent. This is only the beginning of a collaboration with these global cities. Providing this collaboration is very important in terms of development of our cities. Existence of global cities is very essential for world progress.”

‘Izmir should become a world city’

Emre Kızılgüneşler, Vice Chairman of Izmir Chamber of Commerce (IZTO), drew attention to the fact that cities and urban networks might have larger sizes than the ecosystems created by countries. Kızılgüneşler said, “Almost 20 cities, New York, London, Tokyo, in particular, are very important for the entire world not just for their countries. When we look at our own city, Izmir, we see an extremely high potential. We have all the opportunities to become a global city that has an impact on the entire world. We have taught people for 8 thousand 500 years on how communities with different cultures can establish cities, can live together. People, who taught Mediterranean the trade, changed production and consumption models, came from Izmir. We have natural and historical beauties that the whole world wants to come and see”.

Kızılgüneşler, who stated that Izmir had all the opportunities to become a global city, said, “Making Izmir become one of the world cities is a top priority for us. We will continue to contribute for both our members and our city to become a brand via tourism and promotional activities, projects such as gourmet villages, geographical indication registries, and international collaborations carried out by the Chamber. As long as we are aware of our own potential, we can make Izmir brand more visible. We should confront the humanity with a global urban vision. We say “we are in” one more time for a global urban vision to be established by gathering of Izmir folks, economy, trade, and all its stakeholders.”

Dr. Cemil Arslan, Secretary General of Marmara Municipalities Union, stated that Izmir was an exciting city, and cities competing with each other had a positive impact on their development.

“We want to make Izmir a candidate for design capital”

Prof. Dr. Ender Yazgan Bulgun, Dean, IUE Faculty of Fine Arts and Design, stated that they had been working together with the municipality since 2015 for Izmir to become a design capital, and they hoped to make it a candidate for design capital for 2024.  Assoc. Prof. Aslı Ceylan Öner, Head, IUE FFAD Department of Architecture, said that globalization studies proceeded via cities, and Izmir was a city that maintained its presence in all ages, and served as a model in export and manufacturing. 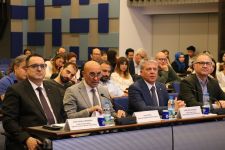