A succes story in Norway 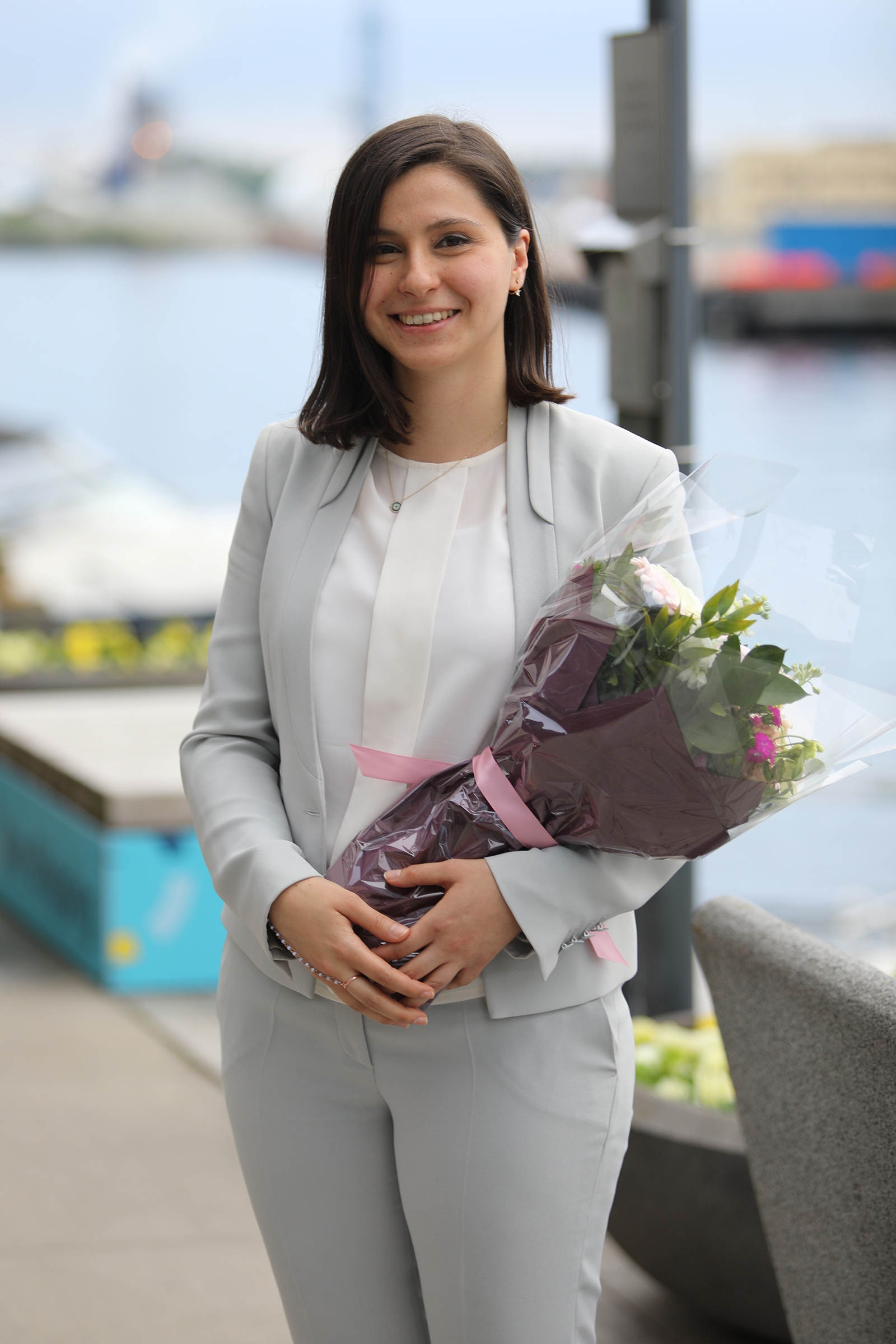 Graduates of Izmir University of Economics (IUE) are rewarded for their international standard education with many achievements. Hande Arı, who has graduated from Izmir University of Economics at the top of her class, and double majored in Departments of Business Administration and Logistics Management, ranked among the most successful businesswomen.

Arı ranked in Top 10 Women to Watch in Shipping, list for women under 40 years of age who have proven success internationally in maritime industry in Norway. Arı said, “One of my most important goals is to become a role model for young people in my country and encourage them to be successful at international platforms.”

Hande Arı, who is from Izmir, achieved a very high score at the university entrance exams in 2006. She double majored, and received her Bachelor’s degree in Business Administration and Logistics Management on a full scholarship.

“Izmir University of Economics was the right decision”

Arı, who reported that choosing Izmir University of Economics was the best decision for her, said, “At the time I was a student, Izmir University of Economics was the only university to teach Portuguese as a second foreign language.  Additionally, double major opportunity gave me a chance to study at Department of Logistics Management. I was able to study in Portugal for a half semester with Erasmus program and received a scholarship for internship in Spain. All this helped me to get where I am today in a very short time”.

“I Work as Global Commercial Manager”

Upon completing her Master’s education, she started to work as supply chain solutions specialist at a company based in Shanghai City Office, China which has the worlds’ largest ro-ro fleet. “At the end of 2.5 years, I was promoted to the position as Global Commercial Manager in Norway. In 2018 I was recruited to my current role in the Seven Seas group, where I handle commercial matters and long-term strategy work, in close cooperation with the CEOs Office,” said Arı.

“Such a flattering award”

Arı, who stated that being one of the most successful women worldwide made her very happy, stated the following:

“I wanted to be a part of maritime industry from an early age. It is so flattering to rank among top 10 promising women in maritime industry at an international platform on the fifth year of my career. This award is a symbol of my success journey from Turkey to China, and from China to Norway. I aim to continue my global career in the industry and take on harder assignments. And more importantly, becoming a role model for young people in my country and encouraging them to be successful at international platforms is one of my most important goals.”