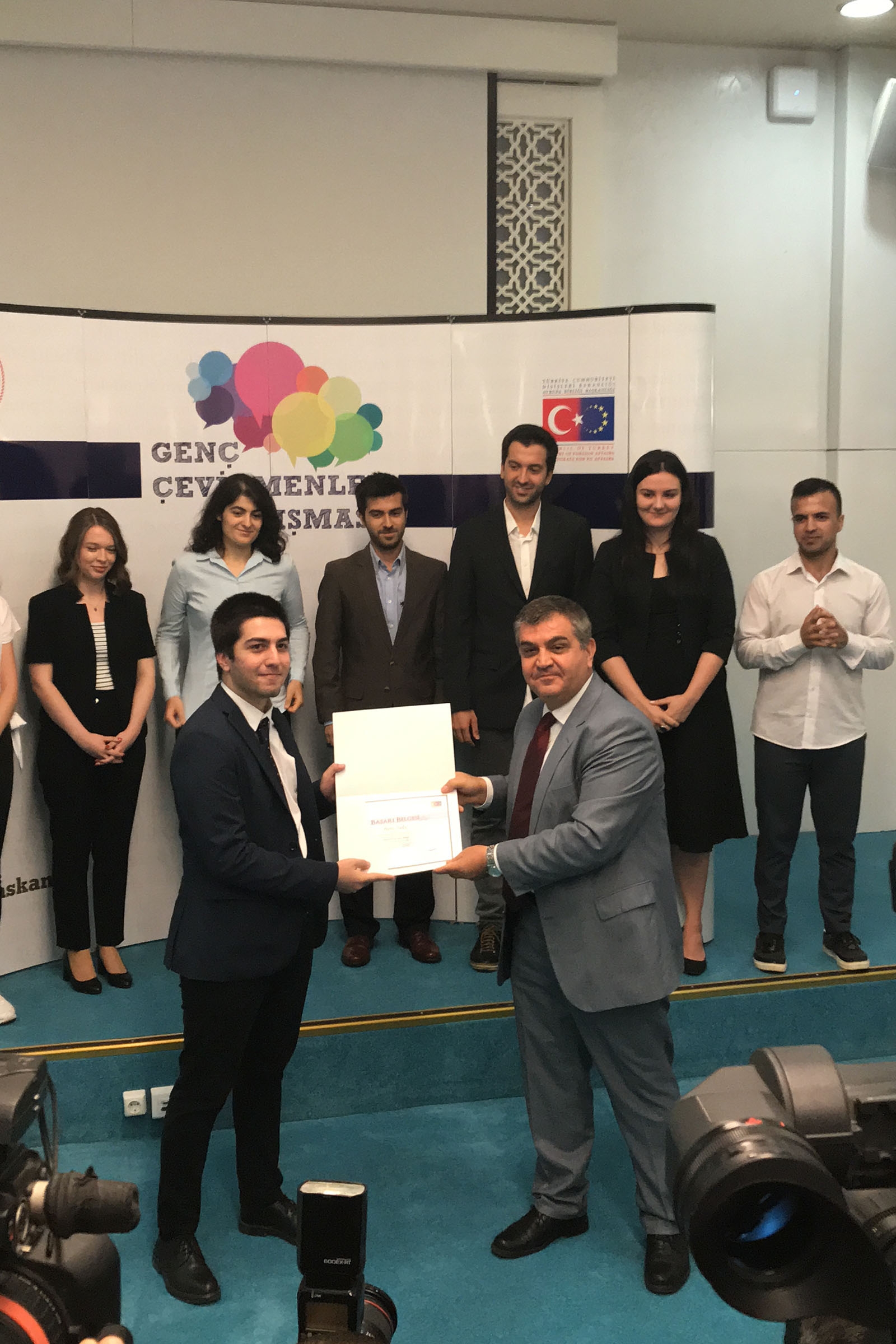 Barış Sadıç, senior from Izmir University of Economics Department of Translation and Interpretation, who came in first place at the “Young Translators Competition” where 56 students from 25 universities attended, received his award. Sadıç, who was given his award by Faruk Kaymakcı, Deputy Minister of Foreign Affairs and Director for EU Affairs, said, “I am very happy to see that my hard work paid off.”

Students of IUE Department of Translation and Interpretation came in first place and second place in 2016 and 2017 consecutively, and second place in 2018. IUE young translators’ success turned into a tradition, and the award for “2019 Young Translators Competition”, held by the Ministry of Foreign Affairs, Directorate for EU Affairs, went to Izmir once again.

92 students from 25 universities attended the competition held in three languages (56 in English, 20 in German, and 16 in French). Barış Sadıç, senior from Izmir University of Economics Department of Translation and Interpretation, came in first place in English translation category.  Sadıç, received his award at the ceremony where Faruk Kaymakcı, Deputy Minister of Foreign Affairs and Director for EU Affairs, and the Head of the EU Delegation to Turkey, Ambassador Christian Berger attended. In his speech Kaymakcı, referring to the winners of the competition, said, “They will be our voice at EU”. Assoc. Prof. Mehmet Şahin, Lecturer from IUE Department of Translation and Interpretation, accompanied Sadıç at the ceremony that took place in Ankara.

‘His Focus will be on Diplomacy’

Sadıç, who reported that he would pursue graduate studies in politics and public administration, said, “In the competition, we were asked to do a translation on a subject specified in line with the terms of the Directorate for EU Affairs. We were not allowed to use the internet. I had been practicing hard for the last 3 months especially. I am very happy to see that my hard work paid off”. At the end of this month, I will be attending the program in Brussels along with the winners in the categories of German and French translation. I always had the support of my university and teachers throughout my education. Students from our department ranked in first and second places in the competition in the recent years. So, I am very happy to bring championship to my university and my city.” 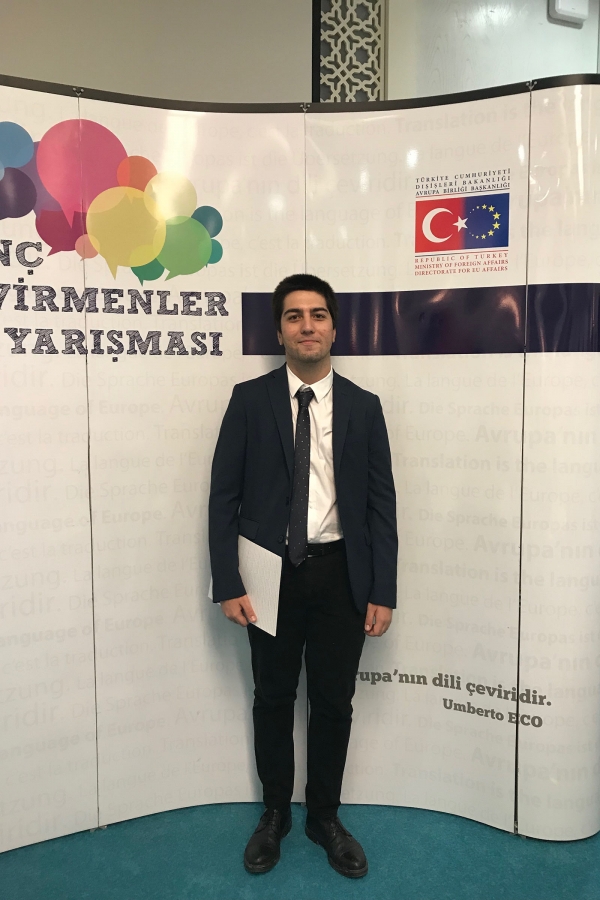 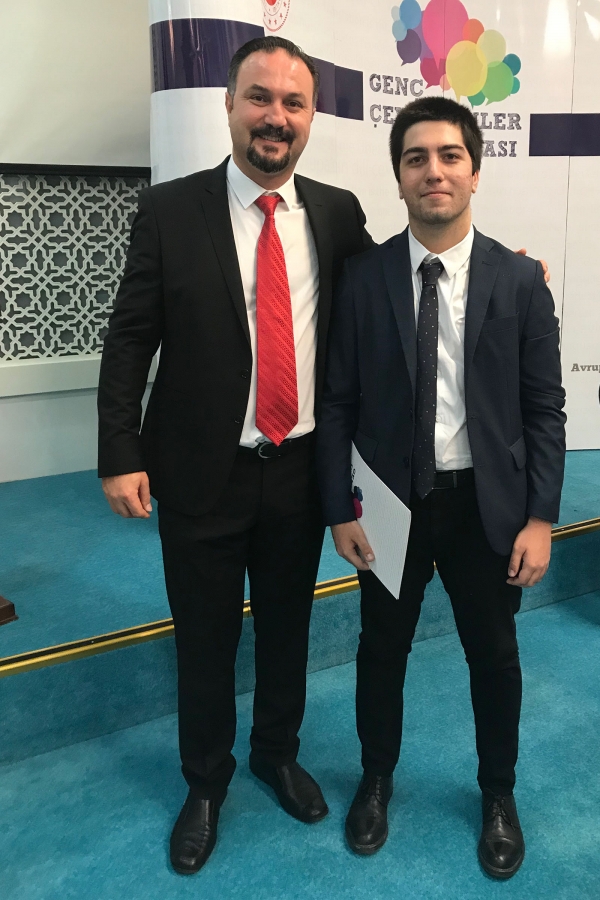 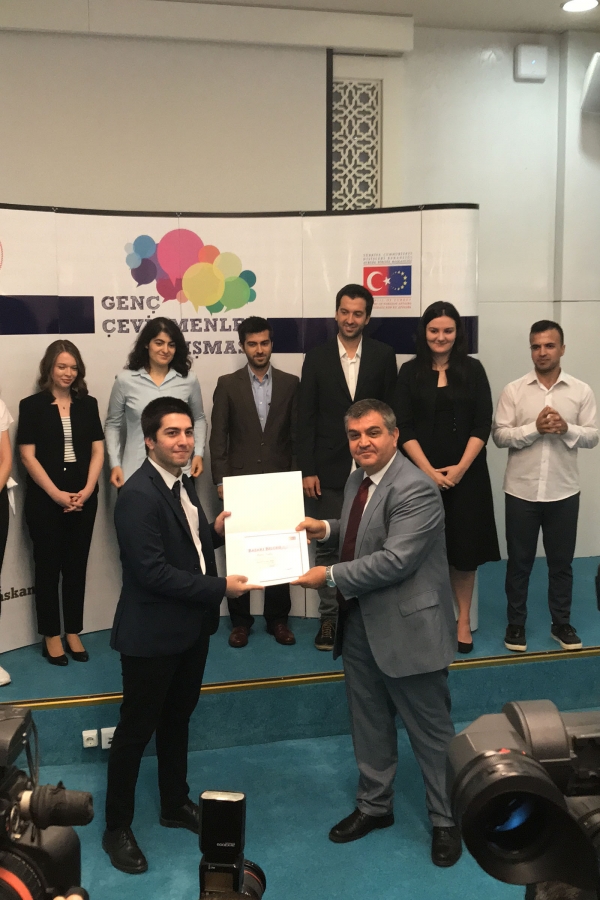