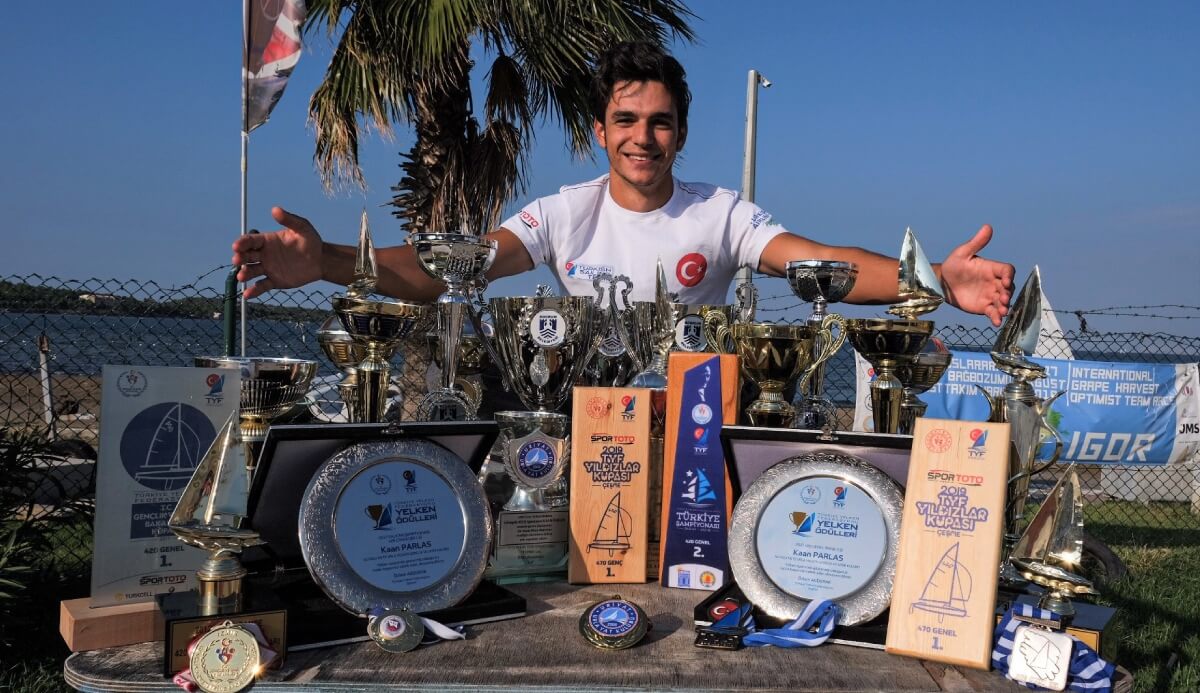 Kaan Parlas, a senior at Department of Logistics Management, Izmir University of Economics (IUE), carried his academic success over to his passion, sailing, and won 32 cups so far. Parlas, who made a name for himself in Europe, in addition to his consecutive championships in Turkey, and won the Balkan Athletics Championship in 2017, achieved a hard-to-reach series of championships. Proving he can successfully handle sports and academic life together, Parlas said, “I like the program I am studying at, and I want to improve myself in that area after I graduate. On the other hand, sailing is my passion. I have no plans of giving up either of them.”

Kaan Parlas (21), student at IUE Faculty of Business, Department of Logistics Management, started to take interest in watersports at the age of 11 after his parents, who are also sailors, motivated him. Parlas, who excelled quickly, focused on sailing. During high school, he started to participate in championships with his teammates and made a rank in almost all of them. Preferring Izmir University of Economics for undergraduate degree, Parlas, thanks to the support he received from his teachers, handled his education life and sports life together successfully. During that time, Parlas carried his national achievements across to Europe and became the Balkan champion and won a medal in 2017. Parlas ranked second at the “Eurolimpy Sailing Week” in Athens, Greece in 2018 and added another cup to his collection. Parlas dreams about participating in the Olympic Games in 2024 and winning another championship.

THERE IS TIME FOR BOTH STUDYING AND SPORTS

Parlas stated that it wasn’t that hard to get involved in sports while studying at the University at the same time. ”Some of my friends told me that I would quit sports once I started studying at the University. But I never thought about doing that. When you manage your time properly, you can spare time for both courses and sports. I guess I set an example by achieving this. I am very interested in logistics and I want to pursue my career in that area after I graduate. It is very rewarding to study something you like, but I will not give up sailing either. Sports help me become healthier and robust. It increased my concentration at class. I believe it will be helpful in my career as well. I want to participate in the Olympic Games in 2024 and I will continue to prepare for that,” said Parlas. 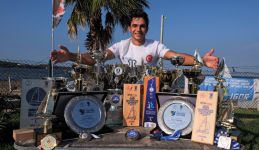 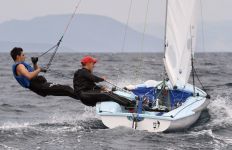 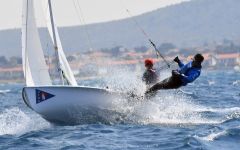 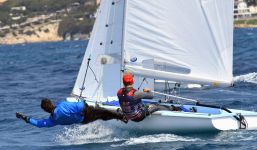