‘Delizioso’ tastes by the young chefs of Izmir University of Economics 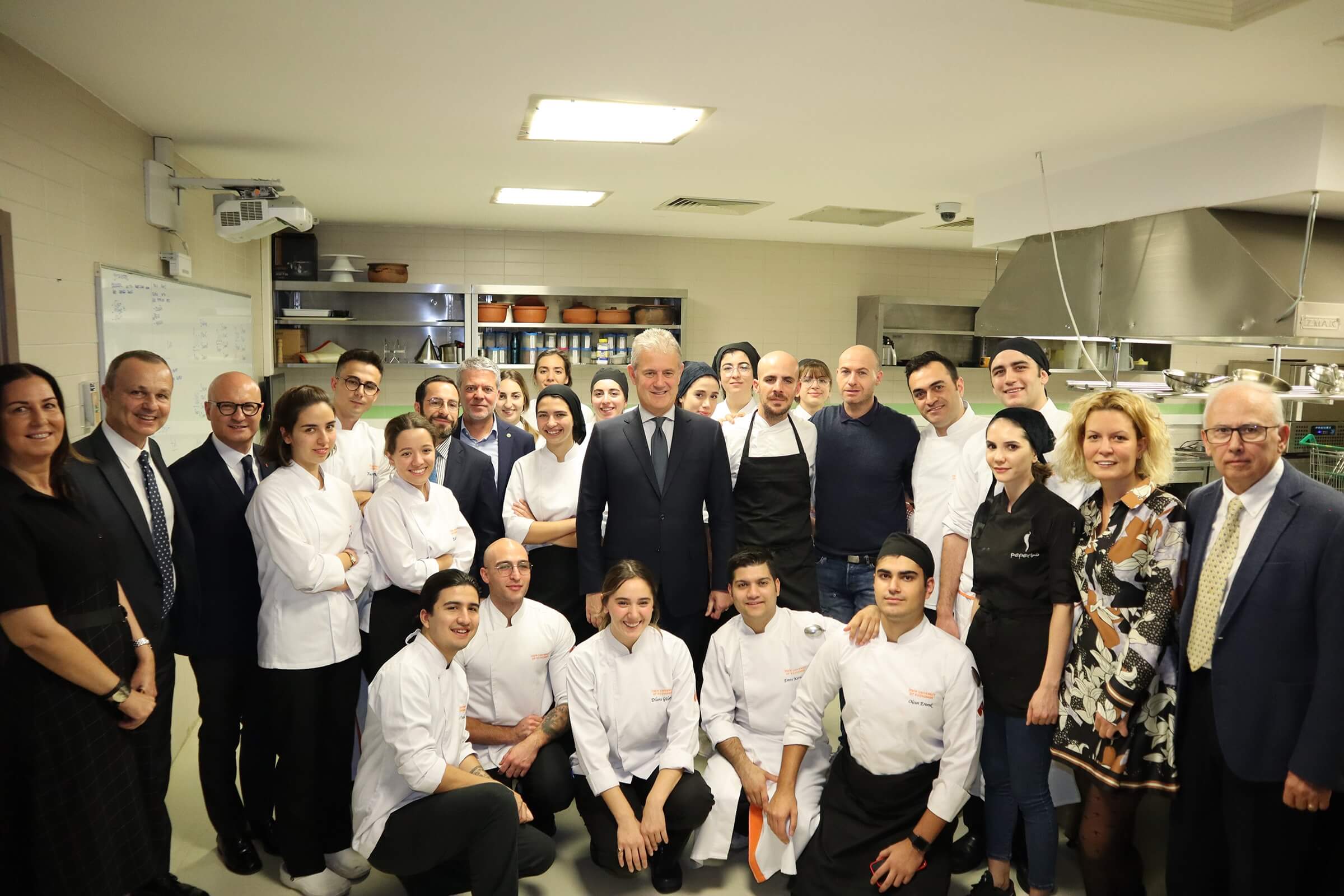 Thousand year old natural tastes of Izmir turn into miracle in the hands of talented Italian chefs. Chefs of Izmir University of Economics prepared Izmir and Italy’s healthy tastes, which take shape under the same sun and climate, with the Italian Chef Antonio Franzé. Thousand year old recipes of Izmir and Mediterranean cuisine that come into mind when talking about healthy eating, come to the tables with tastes added by the entrepreneurial young chefs.

Young chefs presented the exquisite tastes, a combination of health and flavor, to the guests at the 4th Italian Cuisine Week event co-organized by Izmir University of Economics (IUE) Department of Gastronomy and Culinary Arts and Consulate General of Italy in Izmir.

Mahmut Özgener, Chairman of Izmir Chamber of Commerce (IZTO) and President of IUE Board of Trustees, Valerio Giorgio, Consul General of Italy in Izmir, Prof. Murat Borovalı, IUE General Coordinator, Prof. Murat Aşkar, IUE Rector, Emre Kızılgüneşler, Vice Chairman of IZTO Executive Board, Oğuz Özkardeş, Member of IZTO Executive Board, Pietro Alba, Chairman of Executive Board of Italian Chamber of Commerce in Izmir, and guests attended the event that took place at IUE Department of Gastronomy and Culinary Arts. IUE chefs adorned the tables of long conversations with a menu which included mackerel with orange sauce, pasta with basil cream sauce with pieces of bass and zucchini on the side, and bass with potatoes, zucchini and pepper sauce.

“Turning Izmir cuisine into a brand”

Mahmut Özgener, Chairman of Izmir Chamber of Commerce (IZTO) and President of IUE Board of Trustees, stated that Italy had a significant place in both business and family life. He said, “Our Department of Gastronomy and Culinary Arts takes every opportunity to turn Izmir cuisine into brand and to internationalize it. We have a lot to learn from world cuisine but our tastes are entirely different. Our students learn about the fine details of both our cuisine and the world cuisine.”

‘We have a lot to learn from each other’

Valerio Giorgio, Consul General of Italy in Izmir, stated that they really enjoyed a workshop with students. Giorgio said, “Department of Gastronomy and Culinary Arts of Izmir University of Economics, Italy, Cuisine, and Italian Language, these four definitions really conform to each other. Students prepared delicious tastes for us accompanied with a chef from Italy at this mini workshop. Students got an opportunity to practice with the chef. Italy and Turkey share a similar nature. I believe we have so much to learn from, and share with each other.”

IUE Rector Prof. Murat Aşkar stated that student chefs of Izmir University of Economics learned about the fine details of the Aegean and world cuisine. 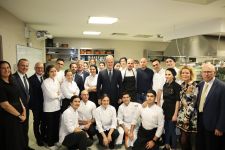 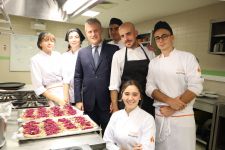 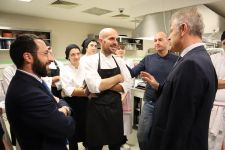