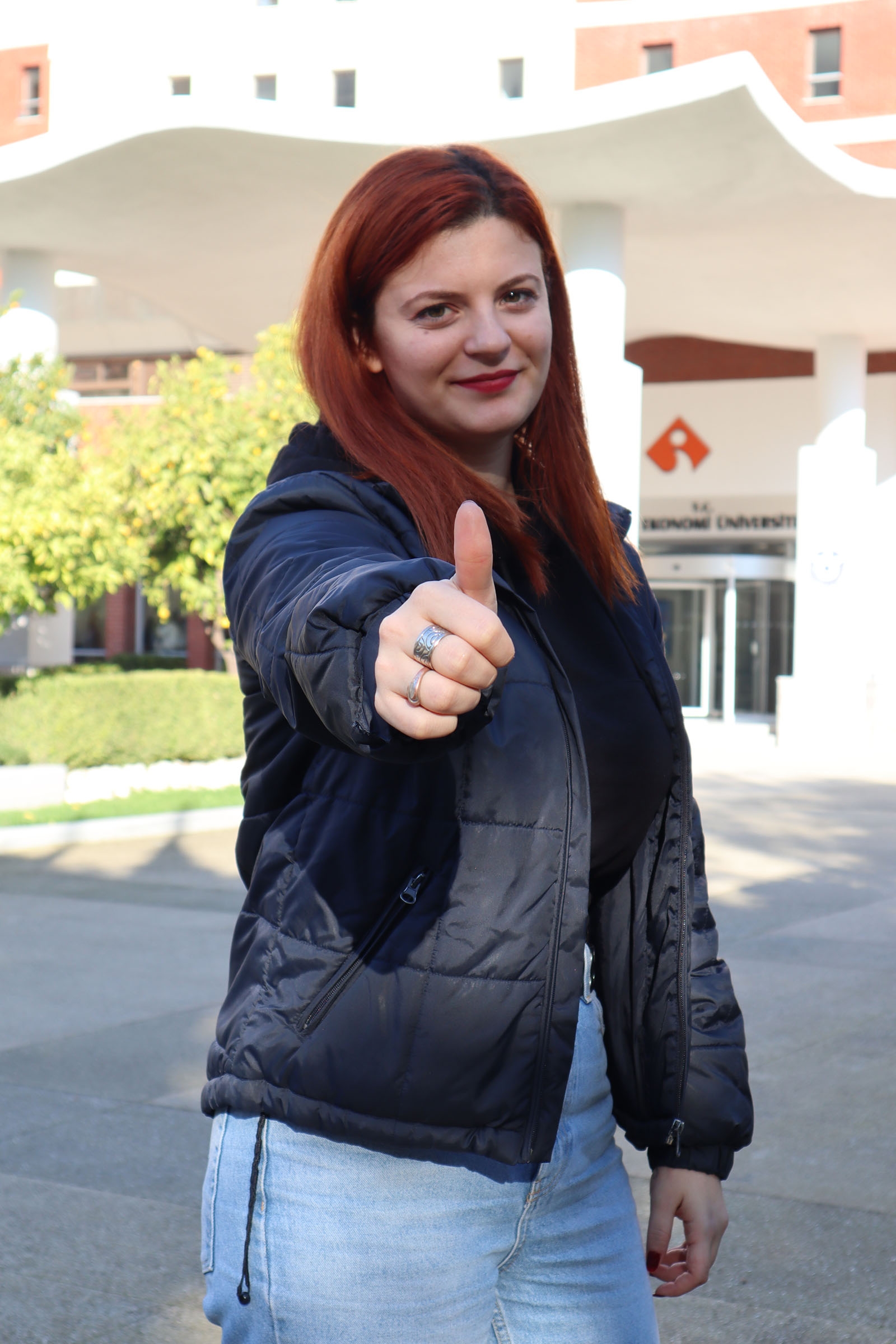 Ecem Çelik, a senior at Department of Cinema and Digital Media, Faculty of Communication, Izmir University of Economics (IUE), received awards at festivals held in India and Slovakia for her short film about a story of a little girl escaping the war in her homeland, Syria and taking refuge in Turkey.

The Rector, Prof. Murat Aşkar indicated that they felt very proud of students’ achievements, and he said, “Our student drew attention to the refugee problem with her short film, which is a reality of our country and the whole world. This reality is not being ignored at the festivals, it receives rewards. We are very proud of our student’s success.”

‘We cannot ignore what the Syrians are going through’

Ecem Çelik, senior at IUE Department of Cinema and Digital Media, stated that Izmir was among the cities where Syrians preferred the most, and what they go through should not be overlooked. Çelik said that she hoped to attend the festivals with her film until the end of 2020. “I live in Izmir, a city Syrians prefer to live the most. Syrians are approached with prejudice and rage, and seen as opportunists rather than innocent people fleeing their homes because of the war. I was inspired to do this project when I started listening to the real life stories of the refugees. Syrians lost everything they owned. We simply cannot ignore what they had been through,” said Çelik.

Her script is about a lonely woman who meets a little Syrian girl that reminds her of her own past, said Çelik and stated the following:

“The little girl starring in the film is the daughter of the Syrian Family who are the tenants of my grandmother. While I was shooting this film, the one thing I tried not to do was to make Syrians look helpless and needy. Therefore, I tried to reflect their ambition to hold onto life, their love for life despite all the things they go through. I wanted to support this effect with the colors I used in the film. I chose the music accordingly, not to create too much dramatic effect. I am much honored to have receive awards from various festivals. I want to continue to shoot films after I graduate.”