Aiming for the Olympic Games 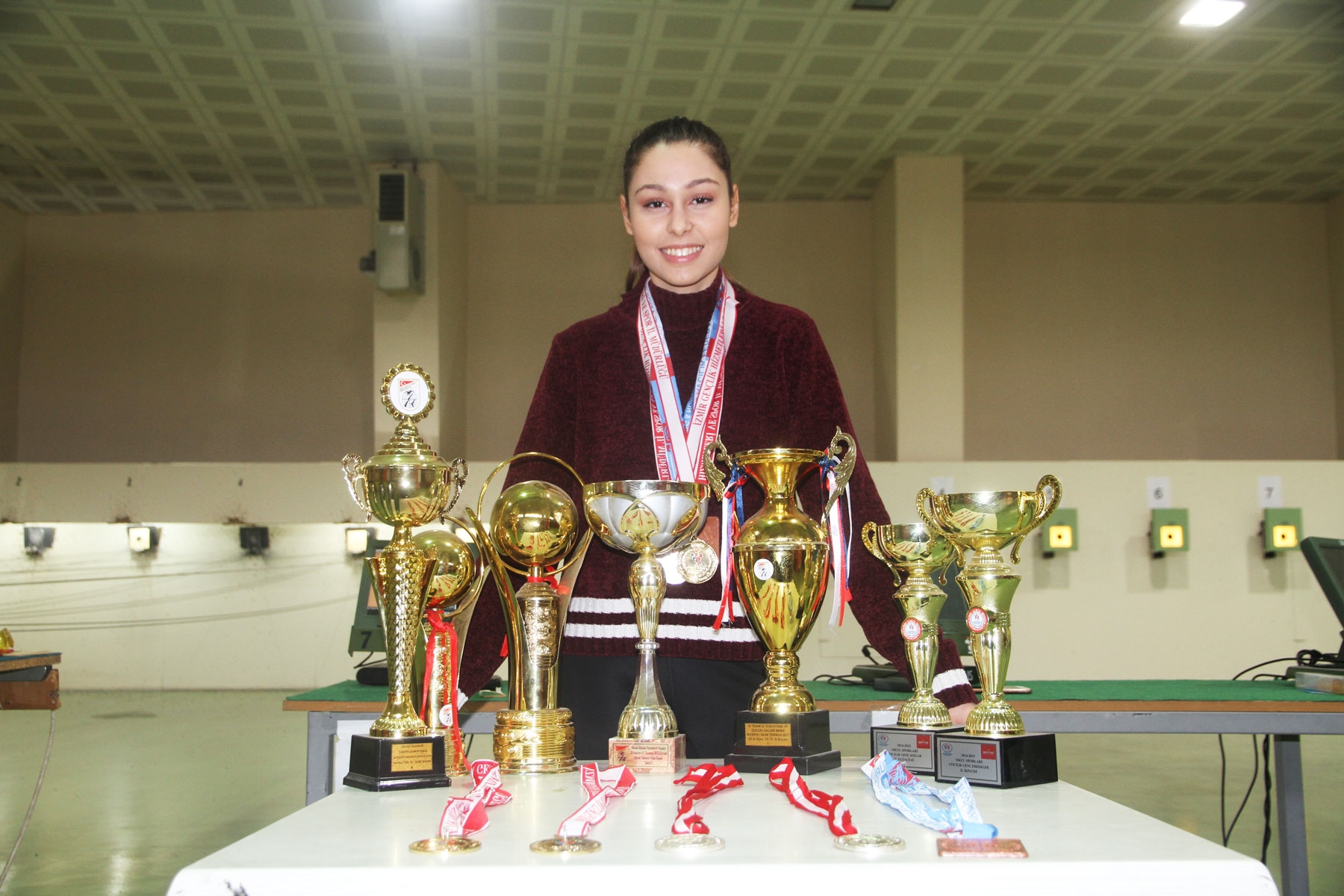 Eylem Şencan, student at Izmir University of Economics (IUE), who won more than 20 cups and medals in shooting sports she started at the age of 14 out of curiosity, dreams about putting the national sports uniform and attending the Olympic Games. Being a part of the team who broke a nationwide record in the category of 25 meter firearms, Şencan said, "When I tell people I am interested in shooting sports, I hear people say that it is so easy, they, too can do it. Men are usually the ones to say this. Then I invite them to the shooting range for a challenge. Many, who claimed they would shoot better than me, and bet on it, failed and lost the bet.”

20 year-old Eylem Şencan, from IUE Department of Cinema and Digital Media, who is currently in the English preparatory program, became acquainted with shooting in high school. Shooting became a passion for Şencan after going to the shooting range with class mates, encouraged by her teacher. Şencan comes from a family of sports enthusiasts. Her father is interested in weightlifting, and her brother is interested in taekwondo. Şencan started to become popular at nationwide contests. Already the owner of many cups and medals, Şencan could not go to the Olympic Preparation Center in Ankara, as she was getting ready to take the university entrance exams. After successfully getting into the university program she wanted, Şencan started to focus on shooting again.

“MY FRIENDS QUIT, I DID NOT”

Stating that her biggest goal is to represent Turkey in the Olympic Games, Şencan said, “When I was in high school, our teacher asked whether we wanted to go to shooting training. My friends wanted to give it a try. I was hesitant at first, but they were insisting, and I could not turn them down. When I tried shooting, I liked it very much, and it turned into a passion for me in no time. My friends quit, but I continued. I achieved many accomplishments in person and as a team member. We broke a nationwide record in the category of 25 meter fire pistol. I am the proud owner of more than 20 medals and cups.”

“MEN THINK IT IS VERY EASY”

Şencan reported that she was always supported by her family. “My father is a former weight lifter. My brother, who is 8 years younger than me, is interested in taekwondo. My parents never restricted me. I was invited to the Olympic Preparation Center in Ankara before. However, at the time I was getting ready to take the university entrance exams, so I could not go to Ankara. I want to manage both academic life and sports together. Now that I am enrolled at the University, I feel relieved, and I started to focus on my goals. When I tell people I am a shooter, some of them look down on me and say ‘So what, we can do it too’. Men are the ones to usually say this. Then I invite them to the shooting range for a challenge. We have to train intensively. Shooting requires concentration and discipline. It is definitely not easy,” said Şencan. 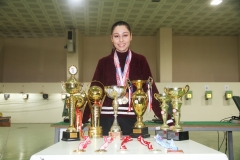 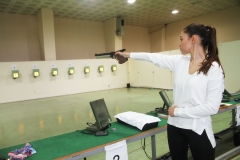 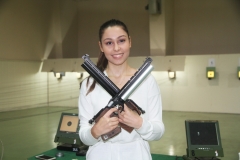