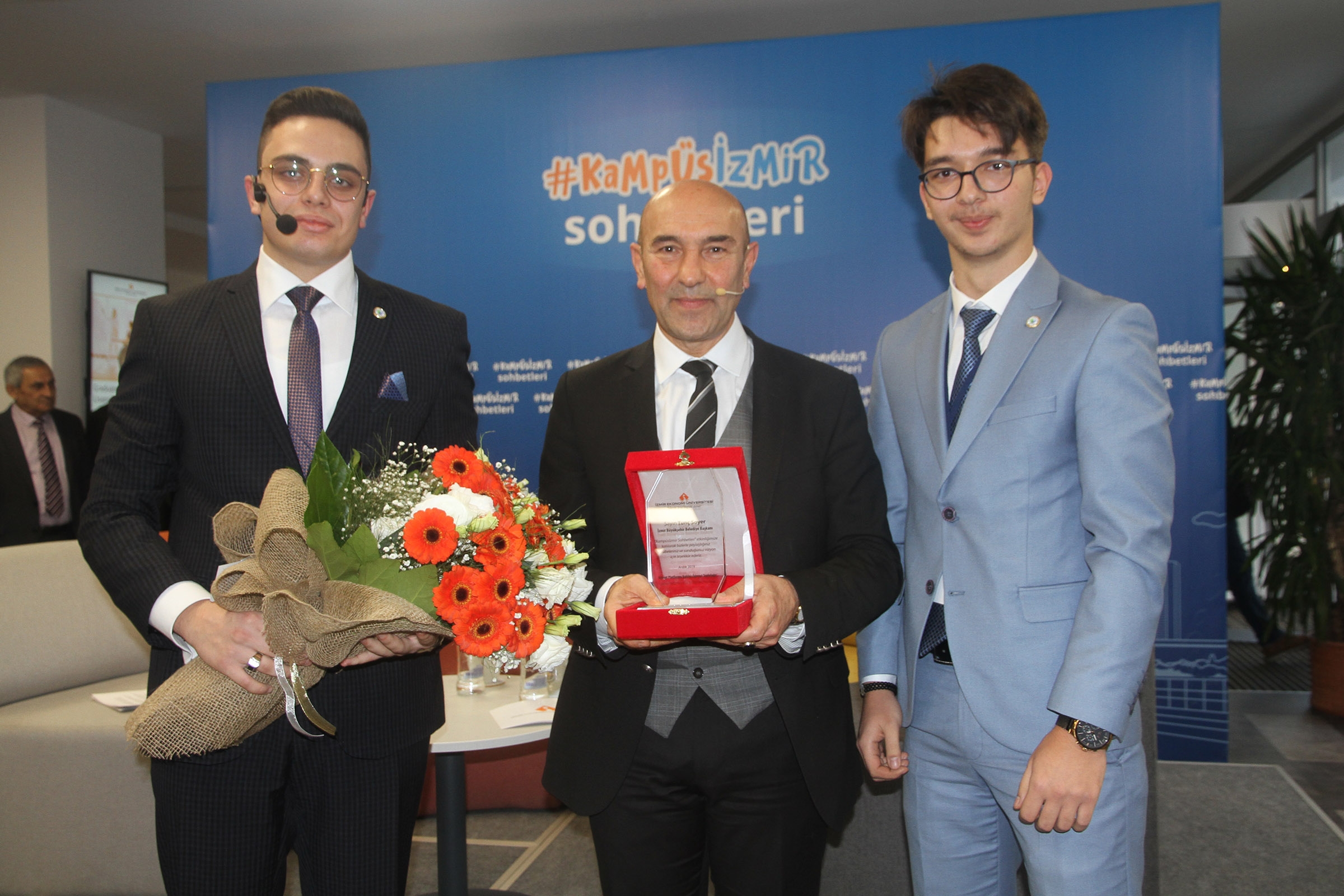 Aiming to bring the leading names of the city in various areas such as economy, art, sports, and education together with students, Izmir University of Economics (IUE) initiated the “Campus Izmir Talks” event. Planning to address a different topic each month, Campus Izmir Talks welcomed Mayor Tunç Soyer of Izmir Metropolitan Municipality as the first guest of the event. Mayor Soyer, who met with students in the “Tunç Soyer, On the Path to Success” titled program, gave students the good news about the round trip bus services between Fahrettin Altay and Izmir University of Economics.

Mayor Tunç Soyer, who attended the event organized by IUE Political Platform Student Club, answered the questions of students and he shared his experiences with them. The Mayor gave information about many topics including his private life and political life. Selami Özpoyraz, President of Izmir Chamber of Commerce Council (IZTO), IUE Rector, Prof. Murat Aşkar, and Prof. Murat Borovalı, Consultant to IUE Board of Trustees (General Coordinator) also attended the event.

“SUCCESS IS NOT ABOUT CHAIR OR STATUS”

Mayor Soyer had important messages to give to students during the almost 1.5-hour program. “Success is not merely about a chair or a status. I believe success is the journey itself. Success is not about big claims, big positions or statuses. It is about the mark you leave with your conscious in this life as long as you continue to breath. It is about remorse, compassion, and responsibility. You do not feel the need to change something unless you feel uncomfortable about it. If you want to be happy in this life, make sure you keep your conscience alive. Doing that would grow your compassion, responsibility, and curiosity, which, in return, would increase your interest. Your interest would increase your courage, and your courage would increase your freedom and creativity. Stick to this chain of events. Otherwise, you cannot say ‘I lived a full life’”, said the Mayor.

“WE ARE GOING TO OPEN UP IZMIR OFFICES”

Revealing his plans for Izmir, Mayor Soyer stated that they would open up offices in different locations to promote the city. The Mayor said, "Our offices in Brussels and Moscow are almost ready. After that, we will be opening Izmir offices in China, Berlin, and Geneva. These offices will introduce Izmir, its traditions, its historical sites such as Ephesus and Pergamum. With its tasty cuisine, natural beauties, and historical richness, Izmir has a lot to offer to the whole world. Our main concern is to make Izmir become a world city, and we are going to raise our voice at every international platform to achieve that goal.” 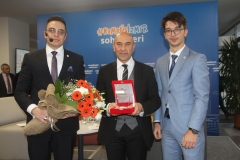 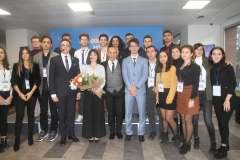 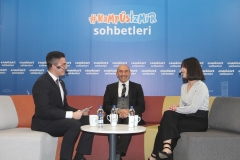